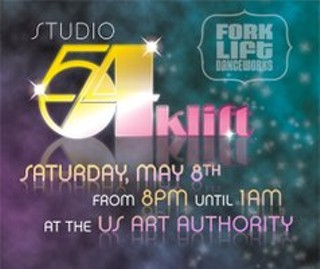 Dance will never die. As long as there are dudes willing to showcase their mooseknuckles in sheer spandex tights, as long as the tutu remains a staple of little girls' dress-up boxes, as long as Gene Kelly and Fred & Ginger movies run on AMC, as long as Michael Jackson songs are played, as long as there is rhythm and people shamelessly willing to express themselves through movement, there will be dance. Get used to it. Want to know how pervasive dance is? Even people who can't dance do … often on YouTube with a several pages of ruthless commentary. Here's the thing about dance: Like poetry, there's no wrong way to do it, just more or less hilarious ways. Serious dance is every bit as funny – maybe funnier – than goofy dance. Of course, that doesn't mean that all dance is funny, just that most of it is … at least a little bit – certainly the stuff that happens in the fat part of the dance bell curve. On the other end, it can be awe inspiring and impressive. Regardless of your familiarity with the discipline, seeing a really good ballerina knock out a succession of flawless fouettés inspires the same kind of awe and respect as seeing Vince Carter throw down a 360-degree tomahawk dunk. If only the ballerina could put the exclamation point on it by saying, "In your face, bitch!" Sadly, most of the dancing the average person sees is of a much lower caliber. Nearly everyone has at least a few bad dance memories seared permanently into their consciousness. You may not be the one doing a drunken rendition of the broken-armed robot in your cousin's wedding video, but chances are you have moonwalked, checked your watch, churned some butter, and thrown some dice in a similarly arrhythmic fashion. It's all good, yo. You were probably having the time of your life – making memories for both yourself and all those snarky asshole wallflowers who posted it on their Facebook pages. In the words of the prophet McConaughey, "Just keep livin'." Sure, the cops may show up at your door at 3am some morning to find you stoned to the bejesus belt, banging on bongos in your birthday suit, but that's no reason to start acting like you're too cool for drool. Trying to go through life without looking stupid is a most pernicious form of stupidity. Often times acting cool is only a shitty cover for being boring. Remember: Shame is for the morning after, not the night of. Yes, you may have all the fly dance moves of a 4H Club treasurer from suburban Wichita, but that doesn't mean you have to wait around all night for the DJ to play "Y.M.C.A." or the "Macarena" just so you can dance. Sometimes you have to freestyle it. All you have to do is feel the rhythm; you don't necessarily have to stay on it. Sometimes, when you're really working your stuff, you might feel the dance floor open up for you. It could be that people are forming a circle so that you can school everyone with your fly moves. Or, they might be laughing at you. Doesn't matter. You're doing the right thing: bringing joy into the world. That's ultimately what dance is about, isn't it? e.e. cummings said it best: "He sang his didn't and danced his did." This weekend you can dance your did at Studio 54klift, a disco dance party based on New York's Studio 54 disco. No, you won't get to relive the smell of cigarette smoke, sweat-cured polyester, and cocaine snorted off a men's room toilet seat, but there will be lots of dancing to throbbing disco beats, plus performances, a cash bar, and a silent auction, ideally with enough time in between for you to work your stuff.