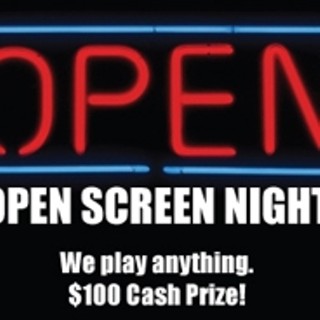 Hey everybody, it's Easter! Put your hands together for the Easter Bunny! Well, not you Jesus. You get a pass. Let's just say you're in the VIP section. Tell you what, why don't you hang out with Dismas and Gestas while the rest of us collect colored eggs filled with chocolate candy and chump change? Super. Hey, what's this? A boiled egg? Blasphemy! That's a shitty prank to play on someone celebrating the horrifying torture and crucifixion of the son of God. Is this some sort of yolk? Is this some sort of subtle attempt at promoting a pro-choice agenda? No, God will not show mercy, even if this egg was boiled in the first trimester. Boiled eggs are murder, plain and simple. God does not condone baby-killing! Yes, He may occasionally turn a blind eye to the slaughter of innocents … and He definitely seems to be fairly zen about death and suffering in general, but just because He is the omnipotent creator of the universe doesn't mean you can pin the rap on Him as an accessory to murder. Besides, if God believed in killing babies, don't you think He would have just crucified Jesus right there in the manger? He could have left the Jews completely out of it. He could have done the trick with a couple of oriental kings and a box of trim nails, but no, baby-killing is wrong. You can't just go around hammering messianic newborns to 1-by-4s. God don't make no junk babies. You have to wait until the baby grows up, learns a trade – maybe becomes a carpenter (how ironic is that?) – and then starts a whole peace movement. Now you've got someone you can kill: a peace-preaching, sandal-wearing, long-haired do-gooder who won't even fight back. Plus, not only is he of killing age, he's an insolent blasphemer who refuses to get with the program. As the old saying goes: "Opinions are like assholes. They all stink, and people should keep them to themselves." But ol' Jesus comes trotting into Jerusalem on an ass (which in all likelihood was the AD33 equivalent of an Escalade with spinning rims), running his mouth about love and forgiveness and not necessarily saying he's the son of God, but you know he's just oozing attitude: "Go on and crucify me, bitch. I'll still be seated at the right hand of the Father, and I will return to judge the living and the dead … aka you motherfuckers." Really, Jesus is lucky the Jews (and God, their accessory) didn't crucify his whole posse. In fact, entire genocides have been carried out with less justification, presumably while God was washing His hair. Clearly the message here is to keep your nose to the ground and your big ideas to yourself. You might not change the world, but you might find a few more Easter eggs. If you feel like you absolutely have to witness the lurid depravity of original thought, there's no better place to do so than at Open Screen Night at the Alamo Drafthouse at the Ritz on Easter night. A $100 prize is awarded to the best short film/home movie/video clip brought in by an audience member. Really bad videos get the gong after two minutes – which is about how long it takes for the boos to reach a crescendo. Hey, it's planet Earth. Mob rules.