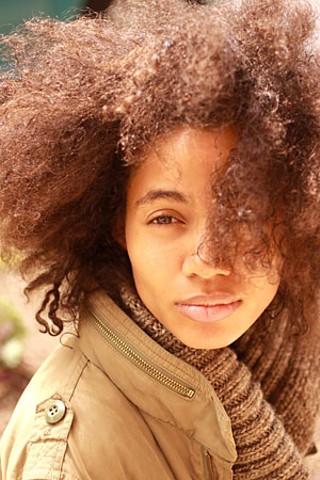 THE ULTIMATE ACCESSORY The difference between last Tuesday and Wednesday was remarkable. On Tuesday, there were plenty of South by Southwest Film and Interactive attendees making their presence known in the streets of Austin. But the real madness had not yet begun. On Wednesday, as I finally made it to the Convention Center to pick up my badge, the entire area came alive with new arrivals, and the most prevalent accessory in all of Austin is the SXSW Music badge. I will say that the registration and badge process was so easy this year. I was in and out of the place in five minutes. That's organization. Of everything on my calendar, I'm most excited about Saturday night with the Austin Music Awards and then Perez Hilton's One Night in Austin afterward. The Music Awards are, of course, my sister Margaret's baby. Baby? Hell, the Music Awards are in their 28th year (the Music Poll that the awards are based on is in its 29th). The show is at 7:55pm sharp at the Austin Music Hall and should be yet one more kickass show. More info can be found at www.myspace.com/musicawards. Congratulations to Margaret and her dedicated staff on what will be another fine show, I'm sure. "Aren't you going to the Perez Hilton party?" someone asked me the other day. "I mean, after all, you are the Perez Hilton of Austin." So, if I'm the Perez Hilton of Austin, then why on earth would I bother to go see a visiting Perez Hilton? Besides, damnit. I'm not the Perez Hilton of Austin – I'm the "white André Leon Talley of Austin," as Carson Kressley called me. Again, why would I go? Because there is only one Perez Hilton. And him, I want to see. We'll give you all the dishy details in next week's SXSW wrap-up.

THE HARALSON REPORT by Sunny Haralson: We spent the evening drinking complicated $15 cocktails at various little bars on the Eastside. Since nothing in this world can convince me to return to Sixth Street during the Festival, I decided we would experience the people and music on the fringes of Downtown instead. Reading the drink menu of the East Side Show Room and the Good Knight is confusing when you are already buzzed. "Infusion of cherimoya handpicked by lemurs off the slopes of an active volcano crushed into 70-year-old Vichy water and licorice liqueur, splashed with pixie dust and absinthe." What? "I just need something fruity that doesn't taste like alcohol," I told the bartender. "You know: a panty remover. The sorority girl's special." An aficionado of boxed wine and piña coladas, I am happy with anything sweet. He mixed me something pink, with a sprig of mint. My husband, Jeff, tasted it. "Ugh. That tastes like cough syrup." It may have actually been cherry-flavored Robitussin, handpicked by lemurs from the shelves of an exotic Walgreens, but it was delicious and fruity, so I was happy. Roaming the streets, it's clear that the handlebar mustache is back. I'm not sure how I feel about that. It is, at least, a more masculine affectation than the overwhelming trend the young men seem to have adopted of dressing like anorexic ballerinas. Jeans so skinny they resemble dancer's tights with flats and feminine mannerisms; what is charming on a sweet young gay guy is just disturbing on a straight man. Contemporary young men's fashion, I don't like you! We can't go back to the Good Knight. I drunkenly grabbed the waiter's arm last night. "How high are you?" I asked him after he forgot our order for the fourth time. "I'm going to take that as an insult," he told me. "Don't be sensitive," I told him. "You're the one who decided to get baked before work." This kind of interaction is why I rarely drink. Then we stumbled over to Ms. Bea's/Cheer Up Charlie's to hear some very loud, very live music and count handlebar mustaches. Drinking game for the week: Each time you see one, take a sip; you will soon find yourself having to cab it home.