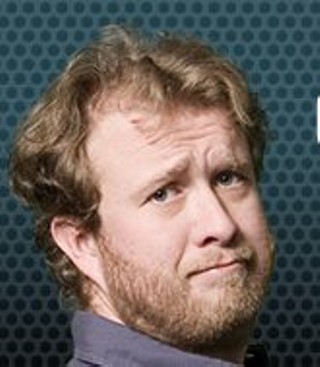 Austin spends a lot of time staring lovingly at itself in the mirror, masturbating. Why not? It's relatively young, good-looking, and well endowed. It's full of parks, greenbelts, watering holes (both kinds), and lots of exciting live entertainment. Hey, not every city can be pretty and popular. There are also lots of shiny new buildings popping up everywhere. Austin just keeps getting prettier and prettier. For instance, you'd be hard-pressed to find an actual warehouse in the Warehouse District – especially the type of bombed-out, broken-window-paned, graffiti-scrawled anachronisms for which it was named. The only thing industrial going on in Downtown Austin these days is the occasional Ministry song on the Saturday night playlist at Elysium. It's cool. This isn't the rust belt; it's idea city. Amazingly, out-of-town venture capitalists, rich retirees, and fun-loving rubes of all types have bought into the idea of Austin like few other cities in America. Maybe it has something to do with Austin's incessant shitstorm of hype: Austin is creative. Austin is open-minded. Austin is fun. Austin is friendly. Austin is entertaining. Whether motivated by cunning self-interest or monumental hubris, we Austinites have been pimping our city with evangelical fervor for decades – so much so that people in other parts of the state and country are now doing it for us, gratis. Mission accomplished. Austin is truly one bangin' burg. The big question now is whether or not the people buying into all those shiny new buildings will buy into the Austin aesthetic as well. Will they go out and get their nails dirty in the grungier side of Austin culture, or will they stick to the places that are cleaner, less cluttered, and culturally homogeneous? If anything, the Austin aesthetic is constantly being redefined, both in a physical sense by the type of businesses that are able to thrive in such a quickly changing cultural environment and by the people who contribute to that culture. Ultimately a lot of the funkiness (whether organic or contrived) of Downtown Austin has been squeezed out into less dense and less expensive areas not within an easy walk of high-rise residents. Those fun-loving condo buyers are slowly being hemmed in by the types of businesses and culture they were presumably trying to escape. Maybe it's no big deal. Austin is still an excellent place for the rich to go slumming, if only for the fact that Central Austin has very few slums, just areas filled with middle-class suburban expatriates that look slummy. How's that for a win-win? If you're one of those fun-loving condo dwellers looking to do a little slumming this weekend, try ColdTowne Theater this Saturday for Stool Pigeon, a series of improv comedy sketches based on the stories of local guest celebs, in this case Geeks Who Drink quiz queen Becca Peterson and Charlie Hodge, the quick-witted quarterback of KLBJ's Charlie Hodge Rock 'n' Roll Half-Time Show.