Page Two: The Place and the Time

Moby Grape's whale of a tale and discography too

Out of some slim sense of common decency, this column will be unusually short, as the cover story this issue is my 7,000-word-plus piece on Moby Grape – and, at that, it's not really focused on the entire history and discography of the famed San Francisco late Sixties group as much as it is on their first album. This may seem more than excessive, and to that I offer no defense.

Recently, after being rebuked in the Chronicle's "Postmarks" section for going on at such great length in this column, it was suggested that rather than get paid by the word, I should put myself on a fixed salary. The person who wrote in obviously figured the only reason my pieces are so endless was so that I could up the size of my check.

Regrettably, I am on a fixed salary. I get paid the same whether I write or I don't write. This allows me to write when and on what I want, as well as limiting my length only out of passing compassion for my "Page Two" editor, Cindy Widner; other editors; and readers. I do reject the notion that articles that go on too long hurt the quality of the paper, as one can simply stop reading if one tires of a piece, but this might just be self-protective justification.

One of the many things I love about Austin, and why the Chronicle and I fit in, is a sense of not just respect for but obligation to the past: to the art and the artists, the music and the musicians, the politics and the politicians, the scenes and scenesters, writing and writers, and so on, who came before us and to whom our current sensibilities are inextricably bound and on whom we are more than significantly dependent.

This is a piece I have been promising myself that I would write for years, a piece I've always felt I owed. Owed not to the Chronicle or its readers, but to the album, and maybe to who I am because of that album.

Please bear with me here. The piece appears now for no specific reason other than that I woke up one day knowing that it was the time to write it. I began this past June and July. Even as long as the piece is in this issue, there were drafts that ran 12,000-15,000 words, and there are a good 18,000-20,000 words trimmed from the original piece (including eight appendices of varying lengths).

This piece was first turned in to Music Editor Raoul Hernandez in a different, longer draft. Based on his feedback and notes, the article that appears here was crafted. When Raoul and I talked about running the piece, we agreed that, given its length, we might need to run it in two or more installments and, at the very least, some chunk of it would have to be online only.

It wasn't until this past Tuesday that I realized it would be running in this issue, uncut and as the cover story. I was not involved in any of those decisions. Now, I realize to most readers my denial of involvement and thus lack of aggressive self-promotion probably rings as true as Tori Spelling's claim that she tried out for and was cast in Beverly Hills, 90120 anonymously rather than relying on the fact her father was the producer. So be it.

What Moby Grape recordings are in print at any given time is a crapshoot. The Moby Grape discography includes:

• Live recordings, among them:

In 1989, a cassette with 10 tracks by the Melvilles (get it?) was released. In 2003, with songs added on CD, it was re-released as Legendary Grape, credited to all five original members, though Skip Spence is there only in spirit and as a songwriter.

Matthew Katz formed a faux Moby Grape with none of the original members, but I don't think they released any recordings.

There are foreign releases and other live bootlegs. There are also a number of Moby Grape compilations.

Currently, as far as I know, Moby Grape and Wow/Grape Jam aren't officially available in the U.S. If one is unfamiliar with Moby Grape, I strongly recommend the compilations:

Vintage – The Very Best of Moby Grape (1993): A 2-CD set that includes all the cuts from Moby Grape and a detailed overview of the rest of the catalog, including alternative takes, live material, and previously unreleased versions of Grape songs. Litigation aborted its official release, but used copies turn up frequently.

If one is already a fan, there probably isn't much to say – except if you don't have Moby Grape: The Place and the Time, released by Sundazed in 2009, you really should. It features alternative, live, audition, and demo versions of many great Grape songs.

Finally, the piece is dedicated to Alan Philpot, who in so many ways, most of which he'd loudly deny, is the one most responsible. 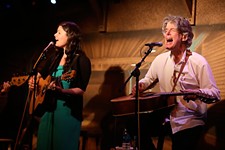 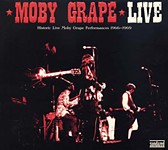