This year, the Gay Place Blog crew grew to handsome and historic proportions. So much so that many of our other writers (as in, non-Kate) did the heavy lifting of this year's stories. It seems most fitting then to direct you to our online presence for the full buttload of Top 9s from our various writers and to simply summarize our faves here in print. As the year draws to a close, many thanks go out to my dedicated and virtual colleagues of 2009: Andy Campbell, Frank Rivera, Ash Bell, Lola Houston, Kate Getty, Dacia Saenz, and Steve Rivas. I look forward to working with the ones returning as well as with some new wordmeisters who shall pepper the mix in 2010. Here's but a smattering of what you will find online (keep it queer, new year!).

1) UGANDA The country that brought you Idi Amin Dada again defies every human rights law ever in existence, wants to kill gay people, and (surprise!) has American Christian fundamentalist connections.

2) SUMMER/YEAR OF VIOLENCE Against whom, you ask? Why, us, of course. The Rainbow Lounge, James Lee Whitehead, Chico's Tacos in El Paso, now this kid in Terlingua. These events defined the year, sadly.

3) THE WORST DAY-AFTER-PRIDE AUSTIN HAD EVER SEEN

4) PEREZ VS. PREJEAN The smackdown without nearly enough smackin'

9) FEWER REPUBLICAN TOILET OUTINGS Did you notice the downturn this year? Seemed most fingers caught in the Appalachian pie were boringly straight.

1) THE BEST PRIDE AUSTIN HAD EVER SEEN

2) HOUSTON'S OPENLY GAY MAYOR The Bayou City is the largest city to elect one. 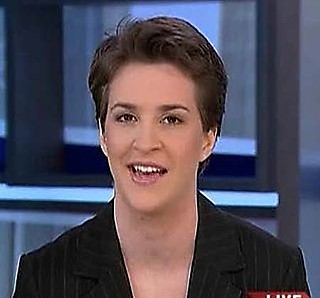 5) LESBIANS ON MSM The mainstream media message is all about the "L" word (despite this being the last year of Showtime's The L Word): Ellen on Oprah's mag, Wanda Sykes, and Rachel Maddow. Pinch me.

9) THE YEAR OF THE GAGA As in, the Lady who always gives it up for the gays

SWEET, HOT, AWESOME/CRAZY GAY SH*T TO LOOK FORWARD TO IN 2010

1) GAY MARRIAGE New strategies, learning from mistakes, and with every year, a new generation of accepting, enlightened people

7) THE SUPERIONS Even gayer B-52 baby

8) NEW GP BLOGGERS RICKY HILL, LOLA HOUSTON, AND STEPHEN M.! OMG, it's about to get cuh-razy on our blog.

Gay Place: DANDY DOODLE
Go forth and blow it up for the Fourth

Gay Place
Glad to make your acquaintance, weary traveler, we are The Gay Place.