(In no particular order)

CENTER FOR CHILD PROTECTION Dancing With the Stars Austin

1) MILEY CYRUS There. I said it. This vile, gnomish, pole-dancing tweenie has a bright future ahead of her ... as a pole-dancing gnome. You know Her Vileness didn't fall far from the tree.

2) BALLOON BOY AND FAMILY So vile. Those 15 minutes fly by, don't they?

3) TIGER WOODS Schadenfreude at its finest. The harder they fall, indeed.

5) JON AND KATE GOSSELIN Just. Go. Away. We hate you and your children.

6) TAREQ AND MICHAELE SALAHI Vile. The most transparent people alive. Off with their heads.

8) CARRIE PREJEAN, MISS CALIFORNIA, PROTECTOR OF ALL THAT IS SACRED Stupid, vile slut.

1) THE THREE-HEADED HYDRA KNOWN AS KOURTNEY, KIM, AND KHLOE KARDASH­IAN Perhaps the most loathsome of all celebutards. I'm seeing a future of trashiness ahead for them. Now that they've begun spawning, someone will give them a special on three hysterectomies. It can be the final episode of their vile televised activities: The Day Their Tubes Stood Still.

2) THE BECKHAMS, DAVID AND VICTORIA Becks and Posh. Yeah. We know he's hot. But she looks like my elderly teacup Chihuahua. I'm seeing something ugly on the horizon for them. You know it, too, don't you? Scientology, perhaps?

3) TOM CRUISE. AND KATIE HOLMES. AND PROBABLY LITTLE SURI, TOO. A train wreck that's happening in slow motion. I'm imagining another Scientological breakdown, this one involving his "clear" close friends, Will Smith and Jada Pinkett-Smith and John Travolta and Kelly Preston Travolta, which will scandalize the sextet and send them plunging into obscurity.

4) PRINCESS RIRI AKA RHIANNA The fembot entertainer promises to bring lots more drama for 2010. Count on it.

5) JESSICA SIMPSON I predict we'll see more and more of her (as she gains weight) as we see less and less of her (as her star wanes).

7) TARA REID AND BROOKE HOGAN will die in a horrible tanning booth accident. Burnt to a crisp in every way possible.

8) ADAM LAMBERT will rightfully win the Aren't You That Homo Singer Award for 2010.

9) MICHELLE DUGGAR WILL HAVE ANOTHER CHILD (No. 20) AND MOVE IN WITH OCTOMOM (No. 14) and they will raise their 34 children together.

TOP 9 PEOPLE WE WILL MISS 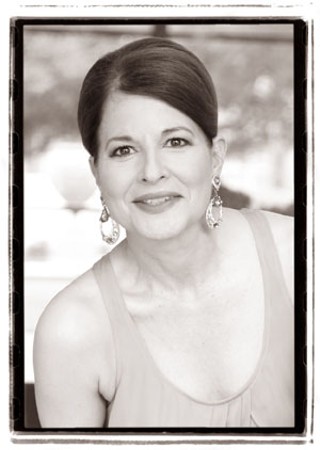 (In no particular order)

1) FARRAH FAWCETT dying on the same day as Michael Jackson. Love you, Farrah, but it was a bad move.

2) LINDSAY LOHAN What else can I say? I always expect that the next photo I see of her will be the photo of her arriving DOA at the hospital.

5) SUSAN BOYLE'S BREAKDOWN Poor sweetie. Not at all ready.

7) LEVI JOHNSTON NO-SHOW SPREAD Some­thing's going to happen to him, and it's not good.

TOP 9 MEMORABLE MOMENTS FOR ME

2) SELLING OFF THE TREASURES OF MY LIFE

3) MOVING INTO MY SISTER'S HOUSE

4) A TEARFUL REUNION WITH MY BROTHER

5) SENDING MY NEPHEW OFF TO BOOT CAMP

7) BEING HOSPITALIZED FOR HEALTH PROBLEMS

9) CHRISTMAS WITH ALMOST ALL OF MY FAMILY