Letters at 3AM: Conditions on the Ground

This is no war on terror; we're taking sides in a civil war 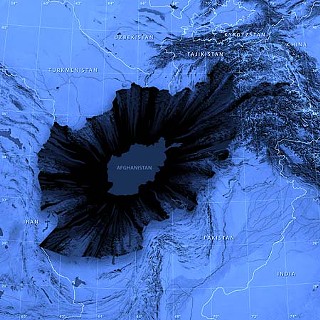 "These [30,000] additional American ... troops allow us to accelerate handing over responsibility to Afghan forces," said our president on Dec. 1, "and allow us to begin the transfer of our forces out of Afghanistan in July of 2011. ... [W]e will execute this transition responsibly, taking into account conditions on the ground."

The July 2011 "transfer" was then much discussed. Our secretary of state said: "I think there have been sort of misunderstandings about what that date meant. ... We will do it in a responsible way, based on conditions" (The New York Times, Dec. 4, p.19). Our secretary of defense stressed that July 2011 "will be the beginning of a process, an inflection point, if you will" (The New York Times, Dec. 4, p.18). What he meant, he added later, was that "some handful, or some small number, or whatever the conditions permit, will begin to withdraw at that time" (The New York Times, Dec. 7, p.1). The real exit date is "whatever conditions permit," which is no date at all and indicates no exit strategy.

One thing, at least, is clear: "America's military spending in Afghanistan alone next year will now exceed the entire official military budget of every other country in the world" (The New York Times, Dec. 3, p.43).

Our government's objective: "The United States should focus on diminishing the Taliban insurgency but not destroying it" (The New York Times, Dec. 6, p.1). What exactly is the Taliban? According to the CIA (www.cia.gov), the Taliban is "a hardline Pakistani-sponsored movement that emerged in 1994 to end [Afghanistan's] civil war and anarchy." Pakistan is our ally, but we're fighting a Pakistani-sponsored movement, which Pakistan itself fought a few months ago when the Taliban made a run at taking over that country. "For years ... Pakistani intelligence has played a double game with Islamist extremists, nurturing them as a force to use against Pakistan's archrival India in the disputed territory of Kashmir and helping create the Taliban as a buffer against Indian influence in Afghanistan" (The New York Times, Dec. 6, p.WK1). India is our ally. So is Pakistan. The Taliban is Pakistan's ally, except when it's not, and fights India in Kashmir, while in Afghanistan the Taliban fights the Afghan government and us. We intend to diminish but not destroy the Taliban, which can please neither India nor the Afghan government.

I am being as clear as the facts permit.

These facts describe a situation in which, on any given day, anybody may be anybody's enemy – a situation that gets thornier when one remembers that al Qaeda was our stated reason for invading Afghanistan in 2001, but al Qaeda is now thought to be based in Pakistan. Al Qaeda is not the Taliban – a distinction our president did not emphasize. We are escalating our war in Afghanistan, though the White House "puts the number of Qaeda operatives [in Afghanistan] at roughly 100" (The New York Times, Dec. 6, p.WK10). That is not a typo. One hundred.

We seek to destroy al Qaeda, which is in Pakistan, not Afghanistan. The Taliban is not al Qaeda, but we war in Afghanistan against the Taliban, whom we want only to diminish, not destroy. Our president has stated that his goal is "to disrupt, dismantle, and defeat al Qaeda in Pakistan and Afghanistan," but we're fighting where al Qaeda isn't. Yet, according to our secretary of defense, "Rolling back the Taliban is now necessary, even if not sufficient, to the ultimate defeat of Al Qaeda" (The New York Times, Dec. 6, p.WK1). It's not sufficient, but it's what we're doing.

Pakistan was silent for days after the escalation speech until its president wrote a New York Times op-ed (Dec. 10, p.43) about "deep suspicion" between our ally Pakistan and, uh, us. Doesn't trust our motives. In elegant diplomatese, he set the price for full Pakistani cooperation: "[M]ediate the Kashmir dispute." (India will be very unhappy.)

What, then, are conditions on the ground in Afghanistan?

"Most of the Taliban are Pashtuns" (The Week, March 29, p.19). "[T]he Pashtun tribes ... make up an estimated 42 percent of the population. ... Tajiks constitute only about 24 percent ... yet [Tajiks] largely control the armed forces and the intelligence and secret police agencies. ... 'They get the dollars, and we get the bullets,' is the common refrain among Pashtuns. ... [A] recent study by the RAND Corporation for the Pentagon ... warned of the 'challenge of achieving ethnic balance [in the Afghan army], given the difficulty of recruiting in the Pashtun area.' The main reasons ... are that '70 percent of the army's battalion commanders are Tajiks.' ... It doesn't help that many of the army units sent to the Pashtun areas consist primarily of Tajiks who do not speak Pashto" (The New York Times, Aug. 17, p.19).

The trouble with fighting Pashtuns is that "[i]n the dominant Pashtun tribe, revenge is a duty" (Newsweek, Feb. 9, p.30). That report quotes a U.S. Special Forces colonel: "Kill one Pashtun tribesman ... and you make three more your sworn enemy." These are the people we're escalating against.

The (mostly Tajik) Afghan army that we hope will ultimately take over is something to behold. "After eight years and more than $15 billion spent to train the Afghan National Army and police, neither is anywhere near ready. ... [There is] a lack of competent and professional leadership at all levels," and 90% of the troops are illiterate (The New York Times, Dec. 5, p.18).

That illiterate army works for a government in which corruption is epic. Even the Afghan president admits, "The banks of the world are full of the money of our statesmen" (Newsweek, Feb. 9, p.30). Those statesmen bank America's borrowed coin. According to our ambassador to Afghanistan, "only half the Afghan revenue collected by the authorities annually actually [makes] it into the country's Treasury" (Reuters online, Dec. 8). The recent Afghan election was "wildly rigged," ballot boxes stuffed "on an industrial scale" (The Economist, Oct. 17, p.15).

Half of Afghanistan literally cannot understand the other half. According to the CIA, 50% speak Afghan Persian, 35% Pashto, 11% Turkic languages, and 4% speak 30 (!) "minor languages." Forty-four percent of Afghans are age 14 or younger. (My dear God, we're making war in a land that's nearly half children.) Forty percent of adults are unemployed. Of those employed, 80% are in agriculture.

And what agriculture! Afghanistan supplies "roughly 93 percent" of the world's heroin; between 2004 and 2009 "poppy cultivation has more than doubled" (Newsweek, Feb. 9, p.30). We don't defoliate those fields because we don't want to alienate those farmers. Heroin floods America and the world because we're making nice-nice to people we're also at war with.

The Pashtun Taliban fight the Tajik government. Our commanding general calls the situation "an 'argument' between the Taliban and the Afghan government, backed by the West" (The Economist, Oct. 17, p.31). Which means: We're taking sides in a civil war.

Our side is universally recognized as corrupt and incompetent. The other side is an alliance of drug-dealing, religiously fanatic warlords. We depend on an ally, Pakistan, in which "two-thirds of the country lives in conditions that approximate the 13th century" (The New York Times, May 3, p.WK1). Pakistan has nukes. India has nukes. They hate each other. They are somehow both our allies. The Taliban fights everybody. Nobody respects the people we support. These are the conditions on the ground.

The White House is correct to insist this war is not Vietnam or Iraq. It's not. It's tougher. And stupider.

This is no "war on terror." This war is the terror.