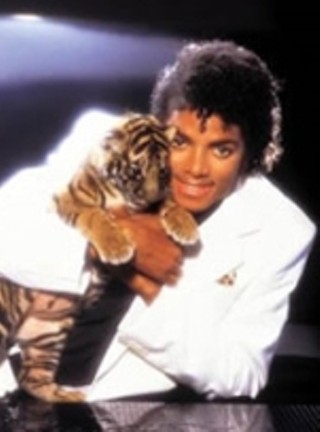 Michael Jackson was one seriously messed up … uh … let's just say "dude" until the full autopsy gets published … but he produced some badass dance jams. If someone cranks up "Don't Stop 'Til You Get Enough" in your immediate vicinity and you don't start full on moonwalking – or at least a reflexive mook head bob – check your pulse. You're probably dead. Look around the room. If you see Nicole Kidman, a couple of pasty-faced kids, and a frost-breathing Bruce Willis, you may need to start dancing toward the light. That could be where the Michael Jackson music is coming from. Here in the terrestrial world there is a considerable amount of debate as to where MJ will take up residence in the afterlife. If Michael manages to pull off a "Neverland: Extended Edition," in heaven it's safe to say that he should be blissfully content. There seem to be a lot of naked baby angels fluttering around up there – especially if Italian Renaissance paintings are to be trusted, and why shouldn't they be? Italy is the home of God's personal PR firm. Yes, if Michael makes it past the pearly gates, he'll be set: No more need for the petting zoo, amusement park rides, and protracted court cases, just a smorgasbord of pink-skinned cherubim. If, however, MJ spends eternity a little farther south, no problem there either. As Pat Benatar says, "Hell is for children," and you have to figure that in hell, even pedophilia gets the green light. Of course, the "down" side would be having to listen to Creed 24/7. Looking at it karmically you have to wonder: Does giving humanity "Off the Wall" and "Thriller" earn MJ any credit toward a twisted lifetime of alleged pederasty and general weirdness? Tough call. Yes, MJ was fond of sleeping with children, but so was Jerry Lee Lewis. He was also criminally negligent with the Jheri Curl and the geisha makeup and the plastic elf nose, but did that make him a monster? No, fame made him a monster (with maybe an assist from Diana Ross), and it was fame well deserved. If only MJ's sexual proclivities leaned toward chubby Jewish girls like Monica Lewinsky instead of prepubescent boys, he might have gotten a pass. In his premutant days, Michael could have shagged anything he wanted – sort of like Elvis or Louis the 14th. Somewhere around the ten thousandth groupie, ennui has to set in. There has to be an inclination to improvise like Thelonious Monk: Animal. Mineral. Vegetable. Chances are MJ was just working through his smooth-skin phase. Had he lived to be 100, he might have gotten into snow leopard cubs or baby seals or something … who knows? And really, unless you've been there, it's tough to throw stones. In the wake of MJ's death, all we're really left with is compassion, wonderment, and, perhaps most importantly, an ass-shaking oeuvre. You can enjoy that oeuvre this Sunday night at the Alamo's new bowling alley/karaoke bar/lounge, the Highball, where boy band sensation Henri Mazza will be holding a Michael Jackson Dance Party as a part of this year's Fantastic Fest. This is a good chance to see the Highball in all its tuck-and-roll splendor, before it's grand opening in October, and a nice opportunity to honor the King of Pop through expressive movement.