Stephen softens with age ... at least for this column. 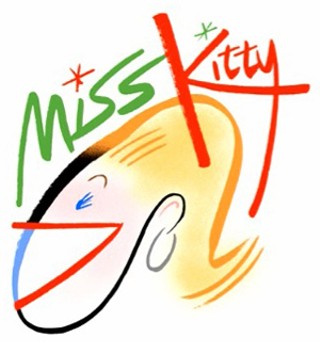 FASHION FALLOUT Seems that my Austin Chronicle cohort Anne Harris pretty well eviscerated the Austin Fashion Awards in the Chronicle's style blog, Chronique (austinchronicle.com/chronique). Yes, we saw the same show, and Harris wrote a few lethal comments, as opposed to the lengthier review I wrote in my column. Lisa Brooks, winner for Best Stylist, wrote me in tears over what Harris had written. I know Brooks and like her very much. I recall having met her at some fashion show a thousand years ago, it seems, and she won my heart by designing a chic little hat covered with newspaper strips and photos from my column. She's a hard worker and deserved to be honored. But Brooks' crime, according to Harris, was to say the word "fuck" while she was at the podium. Harris' point was on target from a particular point of view, but far be it from me to criticize anyone for using that word. I believe the word slipped out of my own mouth while accepting my fabulous Kick-Ass Award from Spike Gillespie at BookPeople, in a room chock-full of children. Had I meant any disrespect? No. Could I have chosen my words better? Yes. So I totally understood Brooks' anguish over the criticism. As for Harris, dear readers, you've got a fashion hellcat on your hands. One who, like me, is deeply opinionated and sharp-tongued. But, as you might already know, I know a thing or two about writing bitchy reviews. It used to be my stock-in-trade before I softened with age and infirmity.

OSSIE CLARK DIES AGAIN Though the namesake and founder of the house, Ossie Clark, died in 1996, Ossie Clark the company has just died an ignoble death. Haven't heard of Ossie Clark? He was one of London's best designers during the eras of the Swinging Sixties and the Psycho Seventies, along with Mary Quant, Biba, and Zandra Rhodes. Twiggy, Jean Shrimpton, and Penelope Tree modeled his designs for top photographers David Bailey, Norman Parkinson, and Helmut Newton. Known as the King of Kings Road, Clark also famously collaborated with his wife, fabric designer Celia Birtwell – and though his dresses were good, it was Birtwell's fabrics that made a signature Ossie Clark dress. She just didn't happen to get enough credit for it. He dressed the most stylish scenesters of the day and a number of movie and rock stars such as the Beatles, Marianne Faithfull, Elizabeth Taylor, Mick and Bianca Jagger, Cecil Beaton, Jimi Hendrix, and Liza Minnelli. He reigned supreme, but so did the drugs of the era. Celia and Ossie divorced in the Seventies, and Ossie began (or rather, continued) his slow decline from being a once-great artist to someone who could only produce occasionally. A couple of brief returns to the business didn't work out, and poor Ossie died a grisly death after being stabbed by his male lover in their government-provided apartment. In 2003, the Victoria and Albert Museum launched a spellbinding retrospective of Clark's work. Though Clark's legacy seems to be glamour and tragedy, it is only upon seeing the original clothes that one can begin to appreciate Ossie Clark's talent. The stuff that paraded down the runway under the Ossie Clark name for the past few seasons bears no resemblance to Clark's originals in much the same way that the work John Galliano does under the Christian Dior name bears little resemblance to the original.

GIRLTALK It's Carla McDonald's PR company, Dynabrand, that landed its client Clayton Christopher (the boyishly handsome founder of Sweet Leaf Tea) on the cover of Inc. magazine, in a story about how to build your dream company. Good work, Carla!... Have you heard the meowing that's going on around town? Well, it can only mean one thing: Miss Kitty is back. Ruling the airwaves back in the early 2000s at Mega 93, Miss Kitty has a sizable following already addicted to her new Internet radio show, The Friday Flavor With Miss Kitty. Listen live Friday nights, 7-9pm at www.richardcraniumradio.com, or 77.7 WRCR online from your laptop, PC, or maybe even your cell phone. Even if I had to use a tin can and a string, I'd still be listening.