Practically every coach Thomas Hackett had as a kid was a psychotic or pervert. Or both. 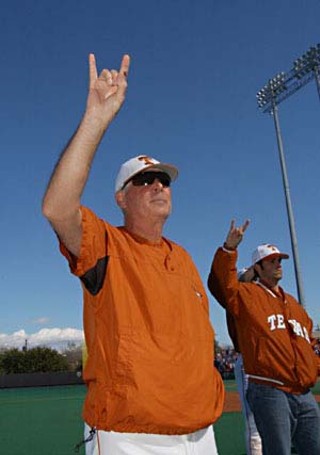 Playing all of the usual team sports as a kid, I may not have learned how to lay down a bunt or beat a full-court press, but I did get some valuable life lessons in mental illness and sexual deviancy. Practically every coach I ever had as a kid was a psychotic or pervert. Or both.

If a boy had his hands in pockets, he was playing with himself. As these guys saw it, we were always playing with ourselves. Men desperate for the attention of little boys may have been stunted adolescents living with their mothers, but the best of them (and by that I mean the craziest) had a gift for creating intense improvisational drama.

In fifth grade, I had a football coach who should have been on Broadway. We almost never practiced. Instead, assuming various roles, Coach Bruce performed skits derived from his own playing days, every single one of them demonstrating that he wasn't the total twerp his former coaches or teammates had thought he was. He also informed us that undercover agents were keeping a close eye on him.

Needless to say, we loved the lunatic performances, but we also sucked big time. After losing our first several games, Coach Bruce vowed that he'd have his index finger amputated – he'd do it himself, with us as witnesses – if we didn't finish with a winning record.

Big mistake. Even after Coach Bruce was relieved of his responsibilities, we kept right on sucking, believing that a vow was a vow and that Coach was a man of his word.

He wasn't. Last I saw him, he was delivering newspapers for a living, his digits intact.

The Richard Linklater documentary about Longhorn baseball coach Augie Garrido, Inning by Inning: A Portrait of a Coach is what got me thinking about all of the egomaniacal creeps I encountered as a kid. Of course, Garrido is a beloved figure in college baseball, the winner of five national championships at Texas and Cal State-Fullerton, poised to win a sixth. Linklater clearly admires the guy, and so do former players. Were I affiliated with the team, I'm sure I would too, falling for all the self-empowerment claptrap. "It takes courage to be yourself," he says in the doc. "Be who you are meant to be!"

Damn straight! I think. Yet in the end, it all seems one giant narcissistic project, duly sanctioned under the name of higher education. "Don't you get it? This isn't about some fucking game! This is about our lives!" Garrido screams in one memorable harangue from the 2006 season. "Fifteen minutes from now, you won't give a fuck! But I've got to live with this goddamned motherfucking embarrassing game the rest of my fucking life. I have totally fucking failed you guys. ... I'm sorry. I apologize. I have totally let you down."

Now, I hardly mind the liberal use of the word "fuck" (bleeped out in Inning by Inning for tender ESPN viewers, where the film first aired). But come on – is all this "I failed you. ... I've let you down" really necessary?