Stephen: like a little fawn in the Houston meadow 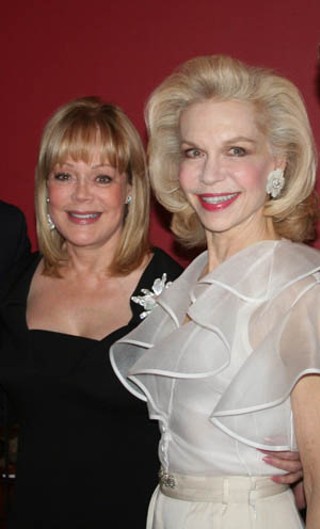 A FAWN GROWS IN HOUSTON A thousand years ago, it seems (though maybe no more than 35 or so), I was a teenager dreaming of a life of glamour that I felt sure I'd never know. The Houston gossip columns were loaded with news about the glamorous and beautiful Carolyn Farb, Lynn Sakowitz Wyatt, and a few other Houston grandes dames. But it was in the pages of W that Lynn Wyatt came alive for me. The publication's format at the time was that of a large newspaper with huge pages of fabulous women and gorgeous clothes that took my breath away. Reading about Lynn, my roommate and I would both be entranced by her incredible lifestyle – the mansion next to the River Oaks Country Club (since sold), the home in Cap Ferrat, and all the wonderful things she did and places she went. I knew that outside the delicious pages that we waited for every month, I'd never get any closer to Lynn Wyatt than working in the men's furnishings department at the downtown Sakowitz. Still, I thought that working as a salesman at Sakowitz was pretty glam. Over the years, as the format of W changed, my fascination with Lynn did not. She just seemed like a really lovely, fun-loving, hardworking woman. When I started writing this column, "After a Fashion," 10 years ago this August, I just knew it was my chance to squawk and scream over the things I knew about fashion or wanted to say about the world I saw and the platform to talk about the experiences of my colorful life. As I worked the party circuit, I was meeting the Austin versions of the Lynn Wyatts, Becca Cason Thrashes, and Carolyn Farbs, and as amazing as the Austin women were, I still wanted to meet the legendary great ladies of Houston. I met Carolyn Farb first, through Texas Film Hall of Fame, and I pretty well thought I'd reached the epitome of my social career. I knew plenty of people that knew Becca Cason Thrash, and soon I met the woman herself – another feather in my chic cocktail hat. I remember laughingly yet ruefully thinking that I'd consider my gossip career complete if I met Lynn Wyatt. Lynn was simply not as accessible as Carolyn or Becca and always seemed to be in some other far corner of the world whenever I was in Houston for this event or that. So when my friend Lance Morgan of Brilliant magazine invited me to Houston for a booksigning that Brilliant was the media sponsor for, I thought I'd faint when I saw it was for an event that Lynn Wyatt was holding for Candy Spelling's book, Stories From Candyland, at the St. Regis Hotel. Oh. My. God. Lynn Wyatt. I could not believe it. And the added attraction of Candy Spelling was too much to ignore. I immediately told Lance that I'd be there come hell or high water, and he booked me into the swank new Magnolia Hotel downtown. My sister Margaret planned to go with me, knowing that meeting these social legends was a rare opportunity. But unfortunately, she wasn't well enough to go when we needed to leave. I called my old friend and social secretary Neil Diaz and invited him. He cleared his schedule immediately, and we were off to H-Town. My fab friend Mark Sullivan was awaiting our arrival and took us out to dinner that night at the truly divine Gigi's Asian Bistro & Dumpling Bar at the Galleria. Now, I can tell you, the idea of going to a restaurant at a mall was less than scintillating ... but dear God, the food and service and atmosphere were a complete other world, and chef Jett's creations are droolingly delicious. We also stopped by the salon Cerón for an event before visiting RDG/Cafe Annie for an afterparty – one of the last times before the legendary 27-year-old restaurant closes the doors of its current location and reopens in its glorious new location. Candy Spelling was at the afterparty; I'd been late to the booksigning and missed Candy's appearance, but we saw her anyway. She was cool, but it was the dazzling Lynn Wyatt that was on my mind. She was across the room with Lance, and I was almost afraid to approach her until I heard Lance telling her that "the great Stephen Moser from The Austin Chronicle" was heading her way. Lynn was everything I dreamed: ethereal, gorgeous, and when she opened her mouth, the honeyed tones washed over me like sweet slumber. Lynn Wyatt. Omigod. She extended her hand and said, "Oh, I just love all your jewelry!" "Oh, Lynn," I said to her, "your jewelry is so much nicer than mine, but I just have on more of it." She laughed and said all I had to do was stand in the corner and hold out my arms and the jewelry would sell directly off my body. I was smitten and wanted to linger so much more, but I knew Lynn was anxious to get back to her husband, Oscar, who had just had a stroke. It was a fleeting but unforgettable moment, and I was thrilled to have achieved a careerlong achievement. 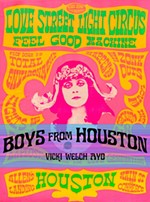 Boys From Houston
Before ZZ Top, their precursors the Moving Sidewalks defined the Houston scene