Even the Flux Is in Flux

Well, something sure feels loose. Even the flux is in flux.

Boehner: "I told my colleagues ... [t]hey ought to get the idea out of their minds that they are legislators. But what they can be is communicators" (The New York Times, March 14, p.19). In this emergency, the Republican Party's congressional stance is: Contribute nothing.

And reject everything. Texas Gov. Rick Perry recently "rejected $555 million in federal stimulus money that would expand state unemployment benefits. ... Perry's decision comes despite warnings from Texas Workforce Commission Chairman Tom Pauken that the state's unemployment compensation trust fund could be operating at a deficit by October" (Associated Press online, March 12). Louisiana Gov. Bobby Jindal is doing the same, though his state "ranks fourth in children living below the poverty line" (The New York Times, March 11, p.WK10). South Carolina has the second highest jobless rate in the country at 10.4% (Associated Press online, March 11), but GOP Gov. Mark Sanford is rejecting elements of the stimulus and was against its passage, though it "would bring South Carolina an estimated $2 billion-3 billion" (The Economist, Feb. 14, p.38).

Are these Republicans "irrelevant, clownish and childish," as Frank Rich writes (The New York Times, Feb. 1, p.WK9)? Perhaps. Are they crazy? Maybe. Scared stiff? Absolutely. Rich, in the same article, quotes a Gallup poll showing "only five states (with 20 total electoral votes) now lean red in party affiliation." But Republican politicians who agree with Rush Limbaugh's "I hope he fails" verdict on Obama may be doing so out of cynical calculation.

As has been widely documented, white male workers are the core voters of the Republican Party. In this crisis, "men are experiencing 82 percent of the recession's job losses" (Slate.com, quoted in The Week, March 6, p.14). That's a staggering number. Its political significance is equally large. The people hurt worst in this crisis are the Republicans' core constituency. These are also the people who will be helped most and fastest by Obama's stimulus. If Republican men substantially benefit from the policies of a Democratic administration, many will vote accordingly. Right-wing Republican politicians are doomed if they allow Obama to help their own constituency, so they're acting to harm their own people – because, paradoxically, that's their only chance to stay in power. Refuse to legislate. Reject stimuli. To retain what clout they have, they do all in their power to ensure that their own constituency continues to suffer.

It may seem like political suicide now, but it won't if Obama fails. Should his stimulus not work, Republicans can say, "We told you so." Then they'll be the party many turn to in the elections of 2010 and 2012. (A Leninist tactic if ever there were one.)

Not that this is unheard of for a political party. But our economic crisis makes it far more stark, and this time people seem to be catching on. "About three-quarters [in a recent New York Times/CBS News poll], including 6 in 10 Republicans, said Mr. Obama had been trying to work with Republicans. But only 3 in 10 Americans said Republicans were doing the same. ... [Sixty-three] percent ... said Republicans opposed the [stimulus] for political reasons, not policy ones. ... [Obama's] job approval rating of 63 percent includes 88 percent of Democrats and 44 percent of Republicans [my italics]" (The New York Times, Feb. 24, p.1). In an NBC/Wall Street Journal poll, "Republicans trailed by more than a 30-point margin on the question of which party is best positioned to end the recession" (Associated Press online, March 8).

The other stalwart GOP voting block has been evangelicals. Obama won 24% of the white evangelical vote in November (The New York Times, Nov. 7, 2008, p.24). Combine that with surveys showing that American religiosity is in decline, and you see more trouble for the GOP. A recent poll "found that most faiths have lost ground since 1990 and that the fastest growing religious choice is 'None,' up from 8 percent to 15 percent (which makes it larger than all denominations except Roman Catholics and Baptists)" (The New York Times, March 15, p.WK12). That article reported "twice as many Americans have a 'great deal' of confidence in the scientific community as do in organized religion."

Which may be why there was little brouhaha when Obama reversed Republican policies on stem-cell research and abortion – though that may also be the fruit of Obama's strategy of confronting all the big issues at the same time. Deer-in-the-headlights Republicans have so many things to yell about, it's hard to prioritize. They're reduced to ranting about socialists and sounding not quite sane.

Politically, Obama's strategy is Republican obliteration. "According to an analysis by the Congressional Budget Office, more than 74 percent of the [stimulus] money will be spent within the next 18 months" (The New York Times, Feb. 14, p.15). "The boost to demand is backloaded to 2010 and beyond" (The Economist, Feb. 14, p.13). In other words, the stimulus plan is designed to be in full swing in time for midterm elections in 2010. Whether this will ultimately be good economics is questionable for reasons I've not space to go into, but it certainly is good politics.

Obama's strategy seems to be working "on the ground," as they say. Chattanooga, Tenn., is just across the border from Georgia and maybe 30 minutes west and a hop north of Alabama. The Chattanooga Times Free Press is the area's sole daily newspaper. Something's going on when a publication so situated prints this political cartoon, by Clay Bennett: a presidential election poster on a brick wall, featuring a smiling Rush Limbaugh dressed in a suit, a "Rush" button on his lapel. On the poster, in large caps: "HOPE" – and beneath that now-loaded word, in smaller caps, "For Failure" (reprinted in The New York Times, March 8, p.WK2). Hope for Failure.

Satirizing Rush Limbaugh on cable and late-night talk shows is to be expected. When Limbaugh is fair game in Chattanooga, change is afoot.

After the mad Republican excesses of these last eight years, there's something deliciously satisfying about all this. But don't get carried away. We may come to regret that there are so few intelligent, classically conservative voices making themselves heard – voices to question how the Constitution applies to these new economic structures and proposals. If Obama's plans come to fruition, government will have unprecedented influence in housing, banking, insurance, health, and even employment. It's not socialism, nor capitalism, either, but it does give the government far more power in many more avenues of daily life – and you never know who'll be running government in several years' time or how they'll use that power.

Given the present global collapse of capitalism, there are cogent arguments to be made that this new governmental economics is necessary for our well-being, even for our survival. Still. Just because it's necessary doesn't mean it's good. 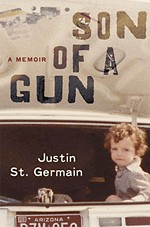