Trillion-dollar stimulus packages, trillion-dollar deficits, a trillion-dollar war, and bank bailouts at $300 billion a clip – the immensity of this crisis is not easily grasped. President Barack Obama's pronouncements may be bracing, but they don't add much to one's understanding, so try this: "Three hundred billion dollars is ... about what we spend annually on the departments of Agriculture, Education, Energy, Homeland Security, Housing and Urban Development and Transportation combined" (The New York Times, Jan. 4, p.WK10). "[A]dd up just the funds that have ... been committed [as of last November, and] you get a figure ... that is larger ... than the costs of the Marshall Plan, the Louisiana Purchase, the New Deal, the Korean War, Vietnam, and the [savings and loan] crisis combined" (The New York Times, Nov. 28, 2008, p.A43). In response, the U.S. prints wads and wads of what Paul Kennedy in The Wall Street Journal calls "unsecured money" (Jan. 14, p.A13) – dollars backed by nothing.

Nothing, that is, but a fantasy of American inevitability – which goes something like this: We are the richest, strongest nation, and we will continue to be the richest and strongest, so foreigners (China, in particular) will buy our paper, prop up our government, and invest in our economy, no matter what. How the richest, strongest nation remains so while carrying the largest debt in history is left to the imagination. Kennedy writes, "If a miracle happened, and China bought most of [our debt], what would our state of dependency be then?"

That question is military as well as economic. We spend more on our military than all other nations combined and bear more worldwide military commitments than any nation ever. Obama promises to expand our military – a promise most elected Democrats and Republicans applaud. But how can we expand our military and address our economic crisis with, uh, borrowed money? More to the point, why is it in China's interest to loan us that money?

The assumption underlying our fantasy of inevitability is, itself, a fantasy – namely, that the American consumer is the engine of the world's economy, hence the world must come to our rescue. Not so. The Economist, Jan. 10, p.63: "[E]merging economies' reliance on America is often exaggerated. ... [S]ince 2000 ... [m]ost of [their] growth in exports has been within the developing world. ... [I]t is ... wrong to assume that they cannot recover until America rebounds."

Stripped of economic jargon, it goes like so: This may be the historical moment when China, India, and Brazil are forced to dispense with American consumers. Their economies are slowing in this crisis, yet still growing; ours is not. Their consumer economies don't depend much on credit, so the credit crunch isn't killing their consumers the way it's killing ours. If they can sustain themselves internally and by trading with one another, why prop us up? And, again, why, oh why, is it in their interest to rebuild our military?

Our hopeless confusion about these questions was illustrated, appropriately enough, on the solstice. Read these three consecutive pages of The New York Times, Dec. 21, 2008:

P.WK9: A lengthy editorial observed, "The [military] services are already talking up remote future threats (most involving a hostile China armed to the teeth with submarines and space-age weapons)." Suggested are various cuts and increases in specific weaponry and an "[i]ncrease [of] the size of the ground force" to the tune of "$100 billion over the next six years." This editorial fails to note that we're broke and can rebuild our military only with borrowed money. Let's see, we'll borrow from China in order to one day fight China? And China will abet this? Why?

Next page, p.WK10: Thomas L. Friedman's column is titled "China to the Rescue? Not!" He concludes, for various reasons (some pretty half-baked) that "China is not going to rescue us. ... We're going to have to get out of this crisis the old-fashioned way." How do we do that when we're broke, dependent on China buying Treasury bonds? "[B]y digging inside ourselves and getting back to basics," whatever that may mean to families having to choose between health care and rent.

Next page, p.WK11, "Financial Time Bombs," by Charles Duelfer and Jim Rickards: "[T]here is no doubt that [China's] enormous reserves give it de facto veto power over some of Washington's [financial] policies." This is an issue of national security, so "who would warn the White House if foreign entities made a concerted attack on our financial system?" They want Obama to set up some kind of agency "to plan our response." Which would be what, exactly? Bomb our bankers? War on the people from whom we import our commodities and food? Stop borrowing and be broker and then broke? Duelfer and Rickards make no concrete suggestions because there is none to make.

Then go to The New York Times of Jan. 8, where, on p.1 of the Business section, Edmund L. Andrews assures us, "The good news is that, for the moment, there is plenty of cheap money available for the Treasury to borrow," but, "The situation could worsen if countries like China ... become more reluctant to do so." Andrews was probably shocked to read the headline on his own paper's front page that same morning: "China Losing Taste for Debt From U.S.": "All the key drivers of China's Treasury purchases are disappearing – there's a waning appetite for dollars and a waning appetite for Treasuries, and that complicates the outlook." Uh, yeah, "complicates the outlook" is one way of putting it.

Jump to The New York Times, Jan. 21, the day after the inauguration, p.A19, "China Sees Separatist Threats": "China said ... that American arms sales to Taiwan jeopardize stability in Asia. ... Last October, the Pentagon announced it was selling $6.5 billion of weaponry to Taiwan despite protests from Beijing." They loan us money that we in turn distribute as arms to their enemy. Understandably, they're getting a little sick of that.

At its highest levels, our military is worried that it can no longer do what's asked of it. The New York Times, Jan. 13, p.A9, "Top Officer Urges Limit on Mission of Military": The chairman of the Joint Chiefs of Staff, Adm. Mike Mullen, "urged generals and admirals to tell civilian leaders when they believed the armed forces should not take the lead in carrying out policies overseas." He "called for more money and personnel to be devoted to the civilian agencies responsible for diplomacy and overseas economic development." Defense Secretary Robert Gates also "has delivered a series of talks, remarkable for a Pentagon chief, calling for more resources for civilian agencies responsible for delivering 'soft power.'" "Remarkable" is hardly enough of a word. The insanity of the situation is this:

The military begs relief while politicians promise to expand it with money borrowed from a rival, a potential enemy that appears less and less interested in supporting our economy at the very moment when our economy needs it most desperately. Meanwhile, our leaders encourage fantasies of American inevitability and assure us that the crisis is temporary.

Fact: At present, the dollar is, in effect, backed by China – an increasingly reluctant China. Every dollar we print is a prayer that China won't turn us away. "The value of outstanding American Treasury bills now reaches $10.6 trillion. ... Worry centers on the possibility that foreigners could come to doubt the American wherewithal to pay back such an extraordinary sum" (The New York Times, Dec. 28, 2008, p.WK1). How will a country that's lost its manufacturing base pay back $10.6 trillion and counting? It is not possible. When the world faces that fact is when our troubles really start. What's happened so far is mere rehearsal.

There's a line going around that just about says it all: "It's gonna get worse before it gets worse." 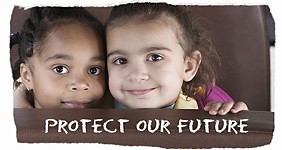 Point Austin: Government by Panic
How bad are our politics? Pretty damn bad.