Gay Place recounts 2008: the year of hope and impact 1) Top Momentum Little did Amy Balliet know how viral her Web-based Join the Impact would become. It began as a simple blog post and e-mail missive to inspire friends after the passage of Proposition 8 and similarly anti-gay propositions in four states. On Friday, Nov. 7, a website launched to galvanize folks across the country. Five hours later, the site logged 10,000 visitors. By the following Monday morning, nearly 1 million people had visited the site, and a plan had emerged: one huge synchronized protest for Saturday, Nov. 15, 10:30am PST. The result? More than 1 million protesters in every state and beyond rose to bear witness to the creation of a freshly energized queer rights movement.

2) Top Local Momentum Early on in 2008, lecturer at the University of Texas Uri Horesh went on a hunger strike until UT would honor domestic-partner benefits for its sizable queer work force. Although Horesh ended his strike and moved on to greener pastures, he helped motivate students, faculty, and administration to be more proactive in their demand for equal treatment. Just last month, a rally was held at UT, bringing together key administration members and lovable state Rep. Elliott Naishtat. A petition has been started and carries thousands of signatures.

3) Top Theatre of Eight When public records revealed exactly who donated money to the hateful Prop. 8, California Musical Theatre patrons and volunteers alike were shocked to discover the name of their own theatre director on the list. News traveled about his $1,000 Prop. 8 check, and bans and boycotts from an outpouring of queers (In the theatre? No way!) arose, forcing him to resign. On a brighter foot-lit note, Hairspray honcho Marc Shaiman's "Prop 8 – The Musical" gathered the star-studded cast of Jack Black, John C. Reilly, Margaret Cho, and many more to hit the hate where it hurt: right in the funny bone. 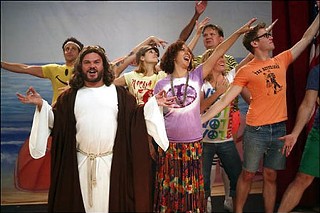 4) Top Drag Diva This year witnessed the birth of a new Austin singing sensation, Christeene Lyon. The brainchild of Paul Soileau, aka Rebecca Havemeyer, Christeene's performance-style falls into the category of drag performance dubbed by queer theorist José Esteban-Muñoz as "terrorist drag." See Christeene in person or on YouTube; we guarantee you will leave a changed gay. Scan-duh-luss.

5) Top Gay Icons: Redeemed, Ridiculous, & Sublime While Britney Spears shocked most of us not with a head shave or a baby dangle but with her fierce comeback, a little womanizin' circus called Circus released just this past month, Clay Aiken shocked no one when he came out on the cover of People in September. When asked what finally cracked that closet door, the Idol diva asserted, "I cannot raise a child to lie or to hide things." Touché. MSNBC delivered the queer community it's shiniest prize of 2008: The first out-lesbian Rhodes scholar and first out-lesbian MSN news anchor and A-1 smarty pants Rachel Maddow has her own show. She's bringing brainiac back.

6) Top Hope for Queer Cinema We've said it once, and we'll say it again, this year's Austin Gay and Lesbian International Film Festival was a thrill. The festival showcased a variety of domestic and international films that pushed the boundaries of traditionally programmed films (gay white twink fests!), from the Taiwanese lesbian gender-bender drama Drifting Flowers to the zombie-marxist-art-porn Otto; or Up With Dead People by butt-boy Bruce La Bruce. Although some key staffers said adieu this year, we're confident that aGLIFF will continue to rise to film festival prominence, both here at home and abroad.

7) Top Dance Crew Were we unicorns, planning our sweethearts' surprise birthday extravaganza, Little Stolen Moments would be tops on our list to entertain all our little uni and pony friends. Lindsey, Nicole, Angie, and Stanley Roy sprinkled sweet synchronized moves to the theme songs of The Cosby Show and Knight Rider, trounced trampolines in rhythm, and stole our hearts.

8) Top Pop Instant female-to-male celeb Thomas Beatie fascinated the entire straight world (and possibly a few in the gay one, as well) when he announced his pregnancy in the Advocate in March. Oprah, Ba-ba ... Thomas covered our TVs for a few months. Just when we thought his 15 minutes were up, he announced he was pregnant again on Barbara Walters' Most Fascinating People of 2008. Of course.

9) Top Two-Step Step Up Sure, queers have always had a place to two-step. This is Texas, ain't it? But there's just something about Rusty Spurs. Maybe it's the peanuts. Or the outfits. Or the serious cowboys, serious about dancing country. Maybe it's just the "sweetie" these real-cowboy-jean-and-wallet-wearing bartenders tack on to every order of a Lone Star, here in the heart of the Lone Star State.

10) Top Hope We like to call Tuesday, Nov. 4, the Best Gay Street Dancing of 2008. We all breathed a collective sigh of relief the day hope kicked ass and sent panicked visions of President Palin packin'. Filled with revelry and drunk with power (and before the news of Prop. 8 sank in), the people transformed the streets into a big ol' gay bar – complete with strangers dancing, hugging, and making out for democracy. Now, we just have to focus this delirious Obama-rama into action, keep his change-agent feet to the fire, and finally take our rightful place at the table. Change? Let's start with dignity. 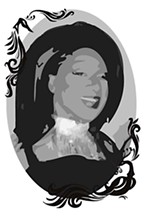