Luv Doc Recommends: Hayes Carll and the Band of Heathens 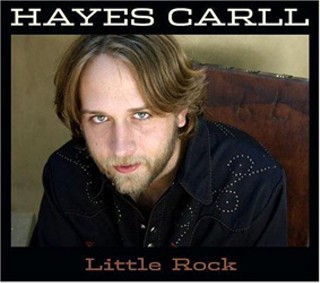 In the immortal, drug-addled words of the Grateful Dead, "What a long, strange trip it's been." Tough year. Ugly ending. Now, poised on the precipice of what will surely be the most rigorous, white-knuckled anal rogering of the American populace in decades, it's difficult to look back on the Bush administration with anything but bitterness and contempt. After half a decade of dropping roughly $300 million a day fucking up somebody else's country, America finally looked inward and found that it was fucking itself in the process. In the past few months, American citizens finally let out a well-deserved, collective "Doh!" Of course, easy as it is to engage in hindsight finger-pointing, assigning blame is unproductive. Ultimately, the finger of blame points squarely at the American electorate. We were all busy having the time of our lives, racking up credit-card debt on crappy consumer goods so worthless they probably even disgusted the child laborers who manufactured them. Now that the orgy of misplaced materialism is sputtering out, Americans need to pull together. Maybe we should print up some brand-new Uncle Sam posters featuring an old, gray-haired, slightly Asian-looking dude standing with his pockets pulled inside out, the zipper of his striped pants undone, with a caption that reads "I WANT YOU … to kiss the bunny." Yes, we're all going to have to put in some quality knee time servicing the enormous Asian debt we've pumped up. So begins the long, slow slog back to fiscal responsibility. Work local; pay global. It's pretty much the model we've unwittingly been living under for the past five years anyway. The good news for Austin is that our economy will probably fare better than most. We have the government, the university, and very shortly lots and lots (buildings and buildings, too) of brand-new condos. In fact, just a few long years from now, Austin might set the record for the city with the most available affordable housing and the highest number of homeless people. We'll probably still be the live music capital of the world, though. There's no reason to think that musicians won't keep moving to Austin in droves. If you're going to be broke anyway, you might as well be broke in a city where you can do something you love for no money. Musicians will probably be attacking cars on street corners like squeegee men and streetwalkers. On the bright side, it might be kind of cool to drive around with a shoe-gazer indie band as your living hood ornament for 50 cents an hour. Until then you'll have to pay at the door, just like everyone else. Might as well support live music in Austin while you still can. This Saturday, you can do just that by taking your folding money to Antone's, where local faves the Band of Heathens and Houston songwriter Hayes Carll share the bill. It's been a long, ugly year, but both acts' fortunes seem to be on the upswing. Who knows? Maybe Obama will toss a fourth quarter Hail Mary and put America on an upswing, as well.