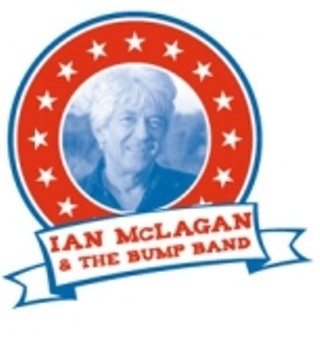 It would be really awesome if Jesus returns to earth in a tricked-out intergalactic spaceship with chrome trim, rocking George Clinton party-colored dreads and sparkly, high-heeled, Funkadelic zip-up disco boots. That shit would be fly. Maybe throw in a little acid house woofing out of some wicked monster subs screwed on to the chassis – something like a skanky, bass-heavy remix of "Love Train." Jesus shimmies down the landing ramp, throwing ass, thrusting crotch, flashing his godly white overbite, grooving like the son of the inventor of groove itself. Oh, and don’t forget the 18-carat diamond encrusted dollar-sign money clip. What would Jesus do? You have to think God would be whispering in his ear, mimicking the voice of Lil’ Wayne, rapping, "Got money, and you know it. Take it out your pocket and show it; and throw it, that a way, this a way … And of course G Junior would be flinging handfuls of hundreds to the unsoaped, outstretched hands of the poor, because really, what does God care about scratch? He invented that shit too – both denomination and devil. The poor will be all cheerful, patting themselves on the back knowing they were smart enough to stay meek so they could inherit the kingdom of heaven. After all, they’ve been holed up for years home-schooling with legions of other knuckle-draggers and slack jaws, learning creationism and how the hip bone connected to the thigh bone and all that, but mostly hoping Jesus shakes a leg and brings on the Rapture before they end up in the same dead-end, minimum wage shit jobs as their parents. After all, Jesus was a carpenter, so you’d think he would show up for the job early. He did the first time around, but (also like a carpenter) he knocked off early and left us to finish His work. At first it was all, just love each other and hope you don’t get slaughtered by the Romans, but then the Romans got hold of the Bible and plunged Western civilization into the Dark Ages, which sadly seems to be when most Christian fundamentalist textbooks were approved. Fundamentalist dogma is pretty much the same today as it was back then. It’s easy to cast aside a couple of thousand years of scientific advancement and social progress when you’re a dumbass, and fundamentalists seem particularly talented at churning them out – if only so succeeding generations of dumbasses can continue to make their way to textbook approval committees and school boards. In America, we attempt to be polite to hair-brained fundamentalist knuckleheads, mainly because our country was founded by them. That doesn’t mean we have to agree with them or adopt their simpleton textbooks however. Even if the Moral Majority really is a majority, it would truly be immoral of the immoral to let them set the educational agenda. Soon enough, we’d all be wearing pilgrim hats and buckle shoes and fucking through holes in blankets. Thankfully, here in Texas, we have the Texas Freedom Network, a watchdog organization that presents a mainstream voice to counter the regressive agenda of the religious right. This Saturday they’re having their 13th annual fundraiser at La Zona Rosa. You can nudge along the progress and enlightenment of Western civilization simply by eating delicious food, bidding in the silent auction, and dancing to Ian McLagan & the Bump Band and fiddle prodigy Ruby Jane Smith. Or, you could just sit around waiting for the Rapture.