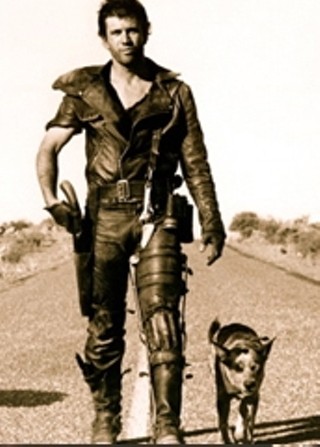 There are a variety of ways the apocalypse could go down: We could be smashed … by a giant asteroid. We could particle accelerate ourselves into a black hole. We could catch a nasty virus, fry in a solar flare, or get a wobble in our axis. There is also the possibility that aliens could land and save us from the preceding calamities … or instead, they might just conquer and enslave us. You think your boss is a bitch now, wait until you get one who can chew your ass out with seven scaly heads full of razor-sharp teeth and slimy, acrid smelling saliva. You'll be praying for the days when you got dressed down by a menopausal state worker with a bead-blinged ID lanyard and wicked coffee breath. If the apocalypse does occur, it's not going to arrive with a whimper. By definition it's going to involve shock and awe; people running through the streets screaming, fire and brimstone. Otherwise it's not really an apocalypse; it's just a shitty turn of events. If a couple of investment firms file bankruptcy and the stock market plunges, that really sucks, but it's not the apocalypse. Unemployment? Inflation? High gas prices? All are certainly turds in the punchbowl, but to truly be apocalyptic, the situation has to deteriorate beyond measurable statistics. You can't just nickel and dime your way to an apocalypse. President Bush has been trying to bring on the end of days for some time now but, like his father, hasn't quite gotten the ball across the goal line. Why? Well, contrary to popular opinion, he's not the Antichrist. Sadly, no matter what Alex Jones tries to tell you, Bush just didn't have an Antichrist grade point average. Plus, here's a really important point: The Antichrist would never try out for cheerleader. Pom-pom maybe, but never cheerleader. So, how will you know when the world is coming to an end? Well, that's the kicker. You probably won't, and that's probably a good thing. If an asteroid the size of Hawaii slams into the Earth, you'll probably have just enough time to say, "What was tha…?" In the Sudan, they call that mercy. Similarly, with a black hole you won't have to worry about whether you left your iron on. You won't have time to to be thankful that it was a black hole that did you in rather than, say, a death star. The ugly truth of the matter – the higher probability – is that somehow mankind is going to fuck things up and drag out the suffering unnecessarily. We'll deplete the ozone or poison the oceans and air or procreate ourselves into one big, teeming, filthy, rugby scrum clusterfuck of a planet. That's not the traditional view of the apocalypse, but it's probably the most spot on. There probably won't be a postgame. We won't be tooling around the empty outback in a supercharged Ford Falcon saving little fur-vested, mulleted kids from gas hording thugs in shoulder pads. That's a best-case scenario – a fantasy – the kind of stuff Hollywood does really well, but nature can't seem to put together … even with an unlimited budget. This Friday you can live the fantasy right in the middle of Republic Square Park when Alamo Drafthouse's Fantastic Fest hosts a special Rolling Roadshow screening of The Road Warrior, starring a younger Mel Gibson and the even younger aforementioned kid with the even more spectacular mullet. You could be in a much worse place if the world actually does come to an end.