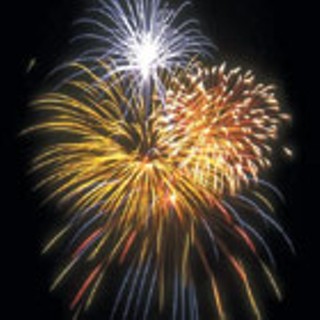 Friday is the Fourth of July, when Americans celebrate the glorious day their forefathers shot the bird at ol’ King George – presumably the American solo bird and not that confusing, two-fingered UK flip-off that’s sometimes tragically mistaken as a peace sign by American tourists who encounter rioting soccer hooligans. The average Yank doesn’t give a flip about Hank 5’s (that’s Henry of Monmouth and not Hank Williams’ unborn progeny, aka “Quincephus”) stirring speech at the battle of Agincourt about the French lopping off the bow fingers of captured English archers. Here in God’s country our bird doesn’t operate on the buddy system. Our bird flies solo. Our bird is an army of one – especially if that army is clutching the joystick of an F-15 Eagle with 23,000 pounds of high tech, laser guided ordnance – think of it as bird-on-bird violence. After all, when you’re pushing buttons, one finger is usually enough to do the trick. Think of how irritating it is when you see foreigners holding up one finger and chanting: “We’re number one! We’re number one!” Everyone knows that’s America’s chant, even though we’re not even in the Top 10 when it comes to health care, education, or human rights. Doesn’t matter. We’re No. 1 in the most important thing: Ass-kicking. Since the revolution, America is something like 11-1-1 … and that’s not even counting Grenada. As long as we don’t piss off China, we pretty much own the planet. We’re No. 1! It even says so right on our coins: “Out of many, one.” Sounds cocky, but cockiness is what independence is all about. It’s why America didn’t sign the Kyoto Accord. America doesn’t need to work with other countries to stop global warming. We can do it ourselves. We’re No. 1. One nation, under one God, with one finger for the rest of the world. Why? Because two fingers don’t represent independence. Two fingers represent interdependence. Two fingers represent reliance and cooperation. That’s not what the eagle is all about. An eagle is a high-flying opportunist, gliding along, waiting for some varmint to make a mad, suicidal scramble for safety – a ritual known to eagles as “supper time.” That’s right, America’s bird is a bird of prey – not some shit-dropping pigeon or screeching goth grackle but a majestic, sharp-clawed killing machine with keen vision and a wingspan like Manute Bol. America’s bird is an absolute fucking terror – which more than just about anything else keeps it independent. Independence is something to celebrate, isn’t it? This Friday you can celebrate America’s independence for free with the Park and Rec’s Annual Fourth of July Concert and Fireworks. Join 100,000 independence-loving Austinites at Auditorium Shores for a rousing rendition of the 1812 Overture (yeah, we won that one, too) and a spectacular fireworks display. Unfortunately, this is one thing you can’t do alone.