Wake for the living; Stephen wants to see what you're going to wear. 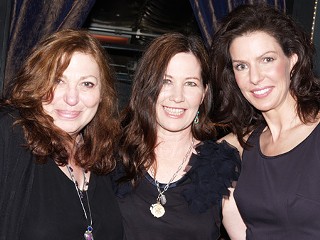 (L-r) Susan Antone, Kathy Valentine, and Carla McDonald at the Stephen's One in a Million benefit (Photo by Seabrook Jones/juicythis.com) 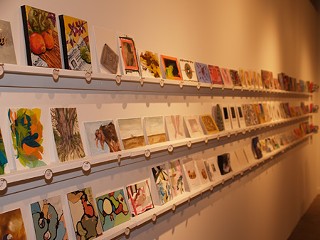 FRIENDS WITH BENEFITS I've always said I didn't want a big, weepy wake after I'm dead – that I wanted to have the big, weepy wake before I die, so I can enjoy the heartfelt tributes (and outfits) myself. In all actuality, the Stephen's One in a Million benefit held for me at Antone's (from which I ran photos last week) felt like a dress rehearsal for my wake ... but in a great way. It's taken me well over a week to process and digest everything that went on that night. There are just so few moments in life when everything really is about you, and this benefit really was all about me. Sounds tacky to say, right? But the feelings are incredibly complicated. I was both terrified and elated at the same time. Though you may snicker over the idea of me being terrified by walking into an event that was for me, indeed I was terrified because it brought home to me in a very big, new, and different way that I'm ill. This is not news. We've discussed my illness before, and I've been all-too-clearly aware that I was sick since late October. I've talked about it on the news, radio, and in the newspapers and magazines. I've handled it with humor, sarcasm, bitterness, humility, charm, and a complete willingness to discuss it. But the benefit rattled me enough to question whether my fatalistic bravado was just like the rest of my public persona: just a public front. Is it that I intellectually know I'm ill but I've numbed my emotions to the point that I sound like I don't really care if I die? Is the knowledge of impending death so profound and frightening that I simply repress it? Am I really being brave? All of these kinds of questions whirled through my mind as I held dear old friends in my arms and heard the fabulous music being performed in honor of me. But what was truly inescapable was the crush of love and affection from everyone there, the Stephen's Angels committee, the performers, and the guests that made me feel like I was floating on a cloud and could live forever. (I must make note here that when I ran a list of my Angels last week, I omitted the name of Brenda Mitchell. Brenda didn't even know me when she agreed to help Pam Blanton raise money for me. She's just one of those wonderful souls with a huge heart. She worked her tail off for the very successful auction, and I owe her an enormous debt of gratitude. Thank you, Brenda!)

TALL, TALLER, TALLEST Austin's tallest (for now) building, the 360, opened with cocktails and good cheer on the pool deck as a very proud Taylor Andrews surveyed the results of his decadelong dream. Pretty swank, if you ask me. There was DJ entertainment provided, but the unexpected entertainment was watching dozens of skirts and shirts blowing up to reveal what the wearers had on – or didn't have on – underneath. Next time, I'm wearing a catsuit with lots of straps. But the party, followed by a private concert at the Music Hall, sparkled as the sun slid into a flattering shade of vermilion that made everyone look 10-15 years younger. I'd move to the 360 for that alone.