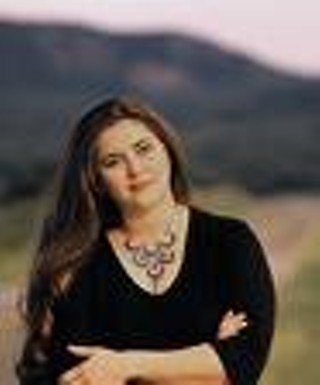 There is so much money in Austin. It’s crazy, isn’t it? All those penthouse condominiums, lakeside estates, and hillside mansions that stretch all the way to the horizon and beyond have to be owned by someone, right? Who are these people? Where do they come from? And most importantly, where did they get all that goddamned money? Austin is the Live Music Capital of the World, so naturally you would think that the majority of Austin’s high-dollar real estate is owned by scruffy, tattooed, coke-snorting rock stars who sleep past lunch and spend their afternoons wallowing in coconut oil greased kiddie pools filled with Girls Gone Wild. The ugly truth of the matter is that there aren’t any musicians in Austin who fit that bill. In fact, only Billy Gibbons could make that type of thing happen (OK, maybe Britt Daniel, but he doesn’t really seem like he’s into that scene). Sadly, Billy Gibbons doesn’t even live in Austin unless you count his occasional sojourns at the Four Seasons – swank digs, to be sure, but lounging poolside with a mangorita while a dude in a white coat brings you treys of cold washcloths and spritzes you with a mist bottle full of Evian doesn’t really rank as a double-devil-horns-type, rock & roll experience, even if you’re chilling in a colorful knit cap and sporting the beard of Methuselah. At some point you have to get amped up enough to defenestrate a TV set or something. Just saying. In reality, the working musician in that scenario is probably the guy in the white coat pulling the trigger on the spritzer. Life is full of vicious ironies isn’t it? Maybe “Live Music Capital” should be amended to the more appropriate “Live Music Capital (Loss) of the World.” Let’s not pull anyone’s chain. Musicians in this town are cheap whores – at least the successful ones – the rest are just sluts trying to work their way up to being whores. Sounds a trifle insulting on the surface, but at least a slut does it for love, and isn’t that the best reason to make music? Of course it is, but the payments on those new high rise condos aren’t going to be built from the tip-jar cash at the Mean Eyed Cat – at least not until the inevitable real estate bust. Until then, artistic types will have to depend on the monetary largesse of the people who enjoy the benefits of their artistic largesse. After all, those Downtown condos didn’t spring up so people could enjoy the pretty office buildings and corporate culture, did they? Nuh unh. So, Austin, how do you afford your rock & roll lifestyle? Here’s how: By supporting organizations who support the musicians who make Austin such an interesting and desirable place to live. For instance, this Sunday you can attend Nancy Coplin’s Big 6-0 Benefit for HAAM at Antone’s on Fifth Street. Coplin, whose primary job of recent years has been supporting Austin music by booking bands into actual paying gigs at Bergstrom Airport, is celebrating her 60th birthday with a benefit for the Health Alliance for Austin Musicians, which provides low cost primary health care services for uninsured professional musicians in the Austin area. Even if you’re not overwhelmed with gratitude, the lineup for this gig is well worth the $15 cover. Acts scheduled to perform include Marcia Ball, Delbert McClinton, Wendy Colonna, Shelly King, Sunny Sweeny, Ray Wylie Hubbard, Ricky Trevino, Ruben Ramos, and Stephen Bruton. It’s not a kiddie pool full of GGW, but it should be a great show since they’re all doing it for love.