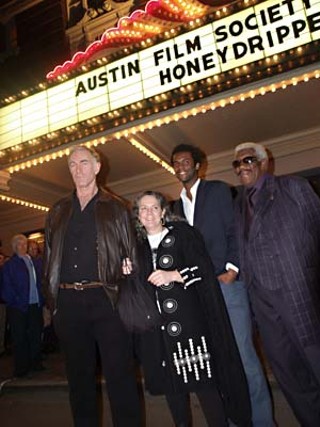 THE REPORT My oncologist called recently and said she hadn't heard from me and was wondering if I had come to any decisions about treatment for my prostate cancer. She said she'd been keeping up with me through my column, noting that despite my frantic social schedule, even the most fabulous pair of D&G sunglasses would not protect me from this cancer. Since I received this diagnosis, the day after my 50th birthday last October, I've been doing what would be called "acting out." This would include amping up the glam factor, partying too much, and staying out all night, sometimes for several nights. Some might say it is little more than a tragic attempt at denial, but let's remember that right before I received the diagnosis, I'd lost 155 pounds and had begun to unleash my new self in a way that I hadn't been able to when I was so overweight. This had already been happening when I found out I had cancer; I could not go anywhere without hearing raves about how good I looked. It was deeply gratifying and gave me a kind of confidence that I hadn't had since I was much younger ... and thinner. And if anyone tries to say that looks don't matter, I'm here to tell you that is a lie. The attention I was receiving publicly and privately proved that. So perhaps I did go into overdrive when I found out how ill I was. So what? I was facing the decision of how to proceed with my life – what course of treatment would I choose to deal with this incurable disease? My choices in that department were (and are), in my estimation, grim. First, there's the hormone therapy with all its possible side effects, including osteoporosis, anemia, menopausal symptoms, sexual dysfunction, loss of libido, and growth of breasts (which can be treated with radiation). Hmmm. Charming. Then there's the chemotherapy and its attendant loveliness and, perhaps for dessert, a prostatectomy that would leave me permanently incontinent. And what exactly will all this accomplish? Oh, yes, it will extend my life. "Buy time," as they say. But to what end? It's a complicated matter for me, much more complicated than the simple question of whether I want to live or die. I am going to die from this cancer one way or the other, sooner or later. There is no estimation of how long I can expect to be around if I choose to undergo the treatments and "live." And what would living be like? I can tell you that the hormone therapy is completely repellent to me. Gender is a tricky issue with many gay people, including me. Suffice it to say it took me a very long time to become comfortable in my own skin and not be concerned with anyone else's view of who or what I was. A very long time. Frankly, I'm not at all excited about rocking the boat. In fact, I don't think I'm going to. If I didn't know I was sick, I wouldn't know that I was sick. I feel absolutely no symptoms of the disease at this time. And yet, if I choose treatment, my disease will be evident to me immediately, and I will never, ever be quite the same again. Why wouldn't I want to continue to live as I am now? Left untreated, it is estimated that it will be six months before I am completely debilitated, and I'll be dead three months later. So pencil that in on your calendars for the end of October. Instead of dressing to kill for my annual birthday bash, you'll be choosing glamorous outfits to wear to my funeral. See? Unlike most funerals, this time you'll have plenty of notice to shop for your all-black mourning ensembles. Bearing in mind that the end of October can be either warm or cool, I'd recommend some transitional woolens and dressing in layers. A sleeveless black shift from Ungaro, perhaps, with a light cashmere wrap from Louis Vuitton or a coat and dress ensemble. Needless to say, the issue of my funeral is even more complicated than the issue of my cancer. Should I request a small, private ceremony with just my family and Perez Hilton in attendance, in which my ashes are scattered over Jackie Kennedy's grave? Or do I want a full-blown extravaganza like the end of Douglas Sirk's Imitation of Life, in which my funeral cortege, with prancing ponies leading my casket through throngs of mourners lining the streets of the Warehouse District, pauses briefly at Oilcan Harry's for a quick vodka and soda (extra lime, please) before continuing on to ... where? Details, details. All I know is that I've had a fabulous life, with few regrets. If it is my time to go, then so be it. No heroic measures. Nothing. Just let me go. Besides, we know how these things can go, don't we? I'm sure I'll still be around torturing you for another 10 years.