Stephen finagles and whines. And you don't even have to read all the way through to the end of the column to get to that part. 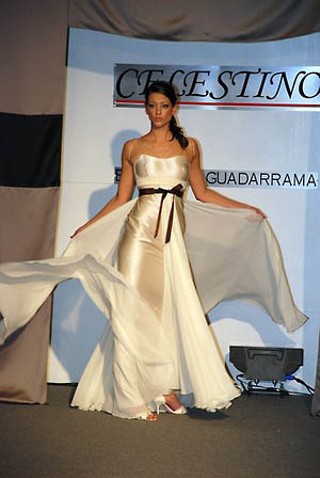 A cream-colored silk gown made a splash on the runway of the Celestino Couture by Sergio Guadarrama collection, presented by St. Thomas Boutique.

PARTY PIG Okay, it's true – I'm partying like I'm possessed these days, attending everything from the big glam events to the opening of a new check-cashing business in Hutto (just kidding). Last Saturday was the always-fab Jingle Ball (okay, I'm just going to have to get over the fact that very few people understand the term "black tie"), always so fun and completely agenda-free. I hung with my old friend Andy Brown, candidate for chair of the Travis County Democratic Party, as well as friends like Gail Chovan, Evan Voyles, and so many others. But primarily my attention was devoted to my friend and former Austinite Mark Sullivan, who called me from Houston at 5pm and slyly said, "I hope you're going to be at the same party I'm going to tonight." I was so excited to know he'd be here that I just about peed on myself. Mark's PR firm in Houston, Studio Communications, is doing the PR for Austin's W Hotel, so he'll be around more regularly. But since it was such a special occasion, I orchestrated an awesome afterparty – shameless and unapologetic I rounded up a charming crew, each with his or her own special talent or contribution (said Mark, quoting from Mommie Dearest, "I might have known you'd know where to find the boys and the booze"). Well, duh. I think I made it home around 11am the next morning. Believe me, there's something innately trashy about arriving home in broad daylight – the festive outfit that was so fun at the club looks pretty tawdry by the light of day. I just pretend that I'm one of those movie stars who has to arrive at the Oscars completely decked out in evening wear at 3 in the afternoon. I wish I could say that this was an uncommon scenario, but, well, I'd be lying.

THE FASHION TRACK The former Vertigo Hats, on Sixth Street across from the Driskill Hotel, is now Hatbox: A Modern Haberdashery, with a hot new website (www.hatbox.com) and a complete product line that includes Kangol, Resistol, and Borsalino of Italy. Go ahead; try one on. You know you want to... Accessories designer David Hall Hodges is turning out some pretty cool work in his Dripping Springs studio. Using exotic skins like alligator, python, stingray, crocodile, or ostrich leg, he designs bracelets, women's belts and purses, and even a custom guitar strap. Drool over his work at www.dhhdesign.com... Teen Vogue did a photo shoot at the South Austin Museum of Popular Culture!... The wonderful Sage Salon is back in its newly renovated space at 4111 Medical Pkwy. See their services at www.sagesalonaustin.com, and make an appointment, dammit! 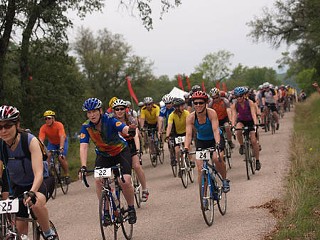 DOING GOOD It was not the usual crowd at La Zona Rosa last Thursday. These people were all perfect, healthy specimens out to do good. Imagine. The event was the kickoff party for the Hill Country Ride, which provides life-giving support for our neighbors with HIV/AIDS. And frankly, it's just about the only event I can think of where Lycra/spandex is not only forgiven but encouraged. Hill Country Ride Director David C. Smith is an inspiration to the riders, and this year's ride is expected to raise more money than ever. The ride is April 26, and you can sign up or pledge support at www.hillcountryride.org... Last Sunday was the sponsor party for Project Transition's huge annual fundraiser, Guess Who's Coming to Dinner? With dinner parties spread across 20 Austin homes, this event is just about the coolest fundraiser I can think of. Sometimes the most desirable parties do not have an open guest list, so this year, I finagled and whined until I got invited to just the right party. I'll be sure and reveal all after it's over.