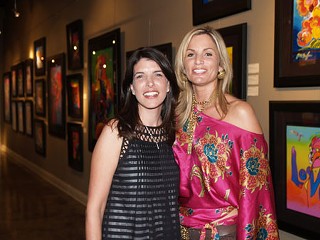 PUBLIC ASSISTANCE Lately we've been partying like Britney Spears after she lost custody of her children: The Chronicle's "Best of Austin" party, Moxie and the Compound's Project Runway-style shows, the KLRU Block Party, and the groundbreaking for the new W Hotel & Residences, with Magic Johnson and Mayor Will Wynn. It's not that we're so driven to indulge in the nightlife – we've pretty much seen it all at this point in our life – but more a matter of vanity. We've worked hard to get in shape, and it shows. Folks seem to come out of the woodwork with compliments, which is indeed charming, but we haven't seen some of them in so long, we aren't sure who some of them are. What we pray for, in our deepest heart of hearts, is to have the kind of personal assistants that Miranda Priestly had in The Devil Wears Prada. You know, the kind that sees someone approaching us and can lean over and whisper in our ear, "That's Bunny Hoppstaedler, a nurse who hit the jackpot by marrying a wealthy patient six months before he died. She's board president of the Dahlia Society, and she's wearing Chanel." ("Why, hello, Bunny! What a beautiful corsage! They're dahlias, aren't they? So pretty they're making my heart race. In fact, Bunny, would you mind checking my pulse?") But the ugly reality is that a whole new figure was a lot more attainable than a gaggle of personal assistants. That's why we prefer events at which guests are issued name tags. Of course, we never wear them (don't need to) but certainly appreciate it when everyone else does. We wish the name tags were large enough to cover a little biographical info as well: age, marital status, sexual orientation, income ... just the basics. 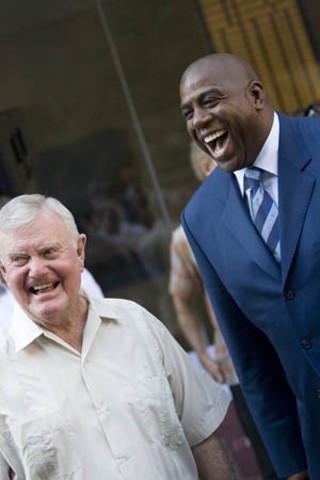 CONGRATS The "Best of Austin" award-winning Oilcan Harry's has been honored by Out magazine as one of the 50 Best Gay Bars in the World.

GOMI GONE? Seems that John Gomi has been locked out of his store, Gomi, in the 2nd Street District, reportedly due to a dispute with building management.

SUBMIT! Have you completed your entry for The Austin Chronicle's Bacheloser contest? The clock is ticking.

R.I.P. We regret to report that popular Wet Salon hairdresser and beloved SoCo fixture Will O'Connell took his own life on Monday, Oct. 8. A memorial was held on Oct. 11, and Will is mourned by many friends who will miss his quick wit, gentle spirit, and effervescent presence.