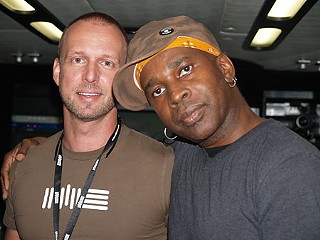 YOU'RE SO VAIN You probably think this column's about you. Regarding last week's column, we seem to have unleashed a firestorm of controversy and speculation about exactly to whom we were referring. Within hours of The Austin Chronicle being distributed on Thursday, we were receiving calls and e-mails asking if it was them, their husbands, or someone they knew. Even worse, there are people we don't even know running around saying they know exactly who it is and telling others. You're all wrong. We are the only one who knows to whom we were referring. Apparently there were a lot of assumptions made, a lot of finger-pointing, and even hurt feelings. For this we apologize deeply. We meant to cause no distress to innocent parties. We were simply expressing our personal outrage at discovering homophobia in our private life. Most interestingly, in spite of words of support from most of our gay friends, there were some who felt we should have been more direct by naming names. Sorry; that's libel, and we value our job and reputation waaay too much to indulge in that (as if it would make it past our eagle-eyed editors, anyway). We were even criticized for the humorous Johnny Appleseed reference (one wag even suggested we were more like Joanie Appleseed), implying that we should be more involved in gay rights movements. Honey, we do plenty of work in the gay community, but, as we're so fond of saying, it's impossible for us to be all things to all people.

The charming chanteuse Sara Hickman (l) and beloved lobbyist Bettie Naylor share the love at Equality Texas' We Are Each Other's Angels concert this past Sunday. (Photo by Seabrook Jones)

GOOD ADVICE We had a faaabulous time at the Catalyst 8 fundraiser for the Long Center at the Driskill on Friday. They raised lots of money to help small arts groups be able to perform at the Long Center. We spent plenty of time on the balcony overlooking Sixth Street swilling champagne and flapping our lips -- we felt like Eva Perón on the balcony of the Casa Rosada. Until some little socialite-wannabe (we'll call her Lottie Dah) decided to give us style tips. The pretentious Miss Dah, with her home dye job, Forever 21 dress, and Payless shoes, told vainglorious little us, among other things, that we wore too much jewelry. "Put your accessories on, and then remove one," she chirped, echoing some tired 1950s advice from Town & Country magazine. "Princess," we said to her, "we put all our accessories on and then add one more." Then she segued into our hairstyle and color. "That style needs highlights like stripes of color in your hair." Excuse me? Highlights that look like stripes? Yeah. Like we really want to time-travel back to the year 2000. God, if the little troll knew how much drama we put our colorist through to get our hair just this shade of platinum with a hint of lavender, she'd STFU. When she suggested that a polo shirt may have been more appropriate on that warm night than our silk Versace, we suggested she jump off the balcony.