Unfortunately, the political left is just as knee-jerk as the political right. This is to be expected, but it still saddens me. Too often, discussions degenerate into accusations that people who hold opposing views are in fact bad people who are doing evil things intentionally. I tend to think that, most of the time, all humankind thinks that what it is doing is good – good for them and theirs. This is not to say that good is always done; in point of fact, there are a lot of horrible things done with the best of intentions. Yet, too often the discussion is of good guys and bad guys, of black and white, of good and evil.

Some of the left's anti-Americanism is just as depressing as the right claims it to be. Again, this is not to claim the right has the moral high ground or the more enlightened perspective. Defending a person's rights when they reflect your own is of value, but when one's defense is limited to simply that area, you are talking privileges, not rights. Mindlessness is mindlessness, no matter what course it serves. Human rights have to be divorced from people's ideological and political beliefs.

This is a context for looking at what is happening in Venezuela (which I think may well outrage friends and readers who are often sympathetic to this column). This is not a discussion about President Hugo Chavez but about speech. Recently, Chavez's government did not renew the license of RCTV, a television station that opposes the government. Riots ensued. In this context, the following e-mail was forwarded to me:

"I hope your Mother never calls you saying: 'I need to know whether you think I should leave my building and go somewhere safe.' Yet, that's the call that I got from mine this morning. Throughout the night, fires were set and bullets rang throughout her neighborhood, at the end of yet another day of protests against the closing of RCTV, one of Venezuela's main television networks. The unique aspect of these latest protests are that they are being spearheaded by students, who are risking their lives to fight for their freedom of expression and assembly. The stories coming out of Venezuela are harrowing. We think there are about 105 youths currently detained, (as of this morning), and 80 adults. Of those youths, we don't know how many are injured. For the first time, with the technology of YouTube, several students have video-ed the government repression taking place throughout Caracas, as the city's Metropolitan Police forces have fired rubber bullets directly at students, spraying them also with tear gas.

"Pro-Chavez activists abroad will say that the students were throwing bottles and stones, but there is documentation of unprovoked police brutality throughout the city, including an email from a student which I received this morning detailing how she and her mother were surrounded by dozens of policemen firing rubber bullets directly at them, before one whispered that he 'didn't agree with what was going on,' and allowed them to escape.

"Look – I know this isn't happening in the U.S., but Venezuela is in your backyard. When freedom erodes anywhere, believe me that it also erodes here. You all are my friends, and you know that I wouldn't write you if I didn't feel that the situation is critical. Anyone who defends Chavez needs to explain why students are willing to risk their lives now.

"All I ask is that you keep us in your prayers, and that you follow the news closely. A great video detailing the erosion of Venezuela's press freedoms was created by The Human Rights Foundation and subtitled. www.freerctv.com. There, you will see what Venezuelans have endured for the past few years. I include my family among them.

"Please feel free to pass this email to your friends and family. We want people to know what is really going on. Enough of the Chavez propaganda machine in the U.S.!

When I asked my friend who had forwarded it for permission to reprint this e-mail, she answered: "Absolutely, you should know that RCTV has now found a way to continue with 'El Observador' (the news) online. Welcome to the 21st century!!! Here is a link. www.youtube.com/elobservadorenlinea."

Some of the American left enthusiastically supports Hugo Chavez because he is so decidedly anti-American and because he talks the talk of liberation and equality. But does he walk the walk?

The same day I received the above e-mail, radio activist Jim Ellinger forwarded me some discussions about this situation that are going on among those involved with community radio nationally and internationally. The main organization is AMARC, which I believe has come out against the nonrenewal. Accompanying it were two e-mails from progressives championing the nonrenewal because of the station's politics and ownership.

One of those in favor of the nonrenewal explained, "After Chavez was elected president in 1998, RCTV shifted to another endeavor: ousting a democratically elected leader from office. Controlled by members of the country's fabulously wealthy oligarchy including RCTV chief Marcel Granier, it saw Chavez and his 'Bolivarian Revolution' on behalf of Venezuela's majority poor as a threat." RCTV, the writer stated, was also involved in the coup attempt against Chavez.

I responded in part, "If one favors shutting down a media outlet for any reason, then one legitimates all censorship.

"I can't believe the sentence: 'Would a network that aided and abetted a coup against the government be allowed to operate in the United States?'

"Every illegal and legal action the U.S. government has taken against the left has been framed as their being a threat to national security ... the two letters here are so cloaked in corrupt, ideological language that they could pretty much go into a new edition of George Orwell's Animal Farm relatively unedited and seem as though they were part of the satire.

"When we start attacking speech because we disagree with it, or because of who is behind it, we are ceding all our own freedoms to repressive forces." 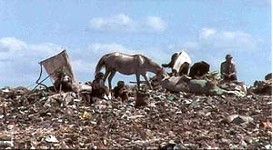