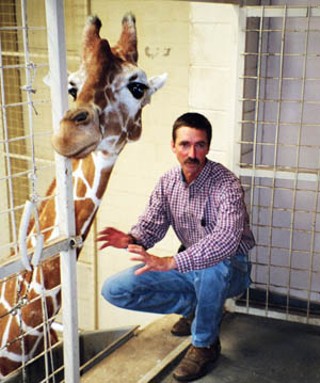 Here are five quick getaways in Central Texas to recharge the internal batteries without draining the gas tank. Looking for a minivacation close to home? Try one of these.

Canyon of the Eagles Lodge & Nature Park is a world-class hideaway on Lake Buchanan outside of Burnet. During the winter the lake is home to bald eagles, and in the summer it is a 940-acre playground with 14 miles of hiking trails, a beach, lake cruises, canoeing, and monthly star parties. Stay in one of their cabins with a kitchenette, or camp under the stars. 800/977-0081; www.canyonoftheeagles.com.

Another place to see the stars is during the public nights at Fountainwood Observatory on the campus of Southwestern University in Georgetown. University staff and astronomy club members are on hand to point out the stars, planets, and galaxies. They have completed their spring viewing season, but watch for a new round of open houses. 512/863-1242; www.southwestern.edu/observatory.

The Last Drive-in Picture Show in Gatesville is working hard to live up to its name. Relive the old-fashioned summer evenings at one of the few remaining drive-in theatres in the country. According to www.driveinmovie.com, there are still 16 drive-ins in Texas, and the Gatesville theatre is one of the oldest. Opened in 1950, it is one of only eight theatres that have drive-in and walk-in theatres on the same property. Shows start at 7:30pm. Admission is $10 per car on Friday and Saturday nights and $5 per car during the week. 254/865-8445.

In the same general area, Waco's Cameron Park Zoo takes you around the world and under the sea. They have a terrific aquarium and Texas wildlife section, and a herpitarium that is very cool – both figuratively and literally. You can come face-to-face with a giraffe from a tree-house observation deck, or just wander around the animal garden. The zoo opens Monday through Saturday, from 9am to 5pm, and Sunday, from 11am to 5pm. 254/750-8400; www.cameronparkzoo.com.

If you would like to see giraffes even closer, head to Fossil Rim Wildlife Center outside of Glen Rose. The animals come up to the car as you drive through the rolling hills. You will think you have traveled to a different continent watching the antelope run across the fields in waves like flocks of birds in flight. The park offers self-guided and guided tours, a cafe, and lodging. For a special treat, take part in one of their behind-the-scenes tours to see endangered species. 254/897-2960; www.fossilrim.org.

One of the most incredible sights in nature is thousands of bats emerging from the cave at the Old Tunnel Wildlife Management Area near Fredericksburg. One of only a couple of railroad tunnels built in Texas, the bats moved in when the San Antonio-to-Fredericksburg train moved out. The Texas Parks and Wildlife rangers put on an excellent program that sets the stage for a tornado cloud of bats at sunset. The bats embark on their foraging for insects between 8 and 9pm from May to June and between 6 and 8pm from August to October. The Old Tunnel colony peaks from July to September, and it is best to arrive at least 30 minutes before the emergence. 866/978-2287; www.tpwd.state.tx.us.

Every time I go to a pick-your-own farm, I always gather more than I can possibly use. Blackberries are just coming into season, and that reminds me of the time I brought home a couple of gallons. Picking the berries was so much fun that I couldn't stop. Sweetberry Farms near Marble Falls and Lexington report that the strawberries are about gone, but the blackberries are looking great. Later in the year they will have potatoes, tomatoes, pumpkins, and a cornfield maze. 830/798-1462 (Marble Falls), 979/773-2200 (Lexington); www.sweetberryfarm.com, www.picktexas.com.

It seems like there is always somebody around to tell you to take a hike, and the San Gabriel River Trail at Lake Georgetown is the perfect place to do just that. The six parks on the lake are linked by a 26-mile trail that ranges from rugged to old farm roads. Plus there are bicycle trails, campgrounds, and swimming areas. Go during the week, and you'll have the place nearly to yourself. 512/930-5253; www.swf-wc.usace.army.mil/georgetown. 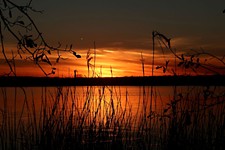