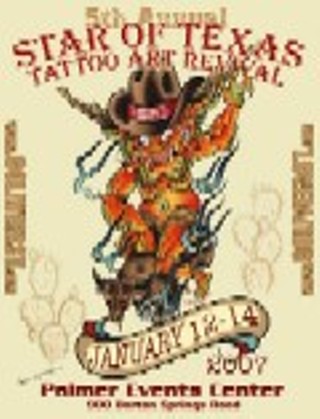 If you could put anything on your body, what would it be? Whipped cream, chocolate syrup, and the Budweiser Bikini Team? Almond oil and the Wilson brothers? A gimp suit and a ball gag? Or maybe you’re looking for something more permanent, something that says something about who you are and what you believe in. If you can condense all that into a two dimensional piece of art that fits nicely on your bicep, abs, or the space just above your asscrack, you’re probably a good candidate for a tattoo. Here’s the deal: Tattoos are cool – at least for the first 30 years or so, and after that, who wants to look at your body with the lights on anyway, right? But now, while you’re relatively young and smooth and open to suggestion, a colorful, inspirational message at the base of your spine seems like just the ticket to lure a hesitant lover to take a trip down the Hershey highway. Something like, “Bottoms up!” or “Next” or “Serenity now” could surely be incorporated into a breathtaking floral/Asian animé design. Don’t let your tabula rasa friends give you grief. Just because you have a tramp stamp above your whale tail doesn’t mean you’re a hoochie mama. It might just mean that you like to stand naked with your back to the mirror and your neck twisted around like Linda Blair in the Exorcist right before she cuts loose with the pea soup. Some people do yoga, right? Besides, tattoos can be pretty even if you’re a front loader. Who hasn’t dallied with the idea of a pretty red rose growing out of their treasure trail or turning their tallywhacker into a ferocious, fire breathing dragon? Really, the possibilities are as endless as the consequences are permanent, but if you need to see to believe, you’re going to want to make a trip down to the Palmer Auditorium for the Star of Texas Tattoo Art Revival, a three day extravaganza honoring the illustrators and the illustrated. In addition to an art gallery of tattoo designs, a tattoo contest, Suicide Girls, and Feature Car exhibits, expect to see lots of skin and ink: the good, the bad, and yes, the ugly. Here’s the happy news however: If you’re looking for someone who’s not afraid of commitment, people with tattoos are right up your alley, even though your alley might be a little scary.