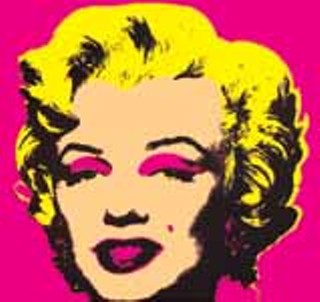 Trolling for strange in an art gallery is, at best, a challenging proposition. Even at the wildest gallery openings, you don’t see a lot of binge drinking, drug swilling, and dirty dancing. It’s a shame really, because artists, by and large, are unrepentant freaks, and you would think some of that deviant behavior would make for a wild time at the gallery, but not so. Art galleries are the business end of the creative process, and whenever there is money involved, there is always someone around to make sure everything is buttoned down tight. Besides, even the craziest artist doesn’t want the hoi polloi projectile vomiting $15-a-bottle screw-top Merlot on his masterwork … well, with the exception of maybe Jackson Pollock (who, by the way, died when he flipped his convertible after a hard day of drinking gin). So maybe a life of excess isn’t for everyone, and doing a high-speed face plant into a tree is surely a tough way to check out, but at least Pollock was smart enough to leave the art back at the gallery where it would eventually make its way into the hands of people like David Geffen, who recently sold his Pollock for nearly $140 million. Needless to say, Geffen isn’t trolling art galleries looking for strange, strange is trolling art galleries looking for Geffen. It doesn’t matter what country you live in, $140 million can buy you love, or something so flawlessly similar you won’t stay up nights worrying about its authenticity. Back here on planet Austin it’s unlikely that you’ll run into David Geffen at a gallery opening gnawing on a cheese cube and knocking back skunky merlot, but that doesn’t mean you should give up your pursuit of art appreciation. There is plenty of eye candy, animate and inanimate, in galleries around town every week, and just because it doesn’t have back or a bankroll doesn’t mean you shouldn’t check it out. For instance, this weekend is the final weekend of the Warhol Exhibit at Art on 5th. If you’ll recall, Andy got his freak on about as well as anyone: Porn stars, drag queens, meth heads, musicians, and movie stars all got it on at the Factory, and in between all the squishing and squeaking and squealing and squirting some pretty decent art got made too. A good bit of it is at Art on 5th through Saturday night. This may be your best shot at checking out some strange at an art gallery for some time to come, so don’t miss it.