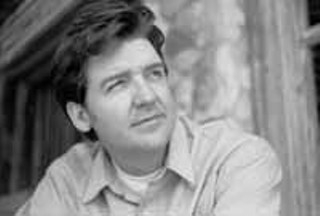 South Austin, Texas, is about the only place in the world where people have the chutzpah to go country dancing in sandals. Part of the reason is that it’s hot down South … crazy hot, hot like flu breath, hot like a Harley muffler, hot like a hooker’s crotch. But it’s hot a lot of places and they still manage to throw together a respectably western ensemble. Just because the sun in Ft. Stockton could cook the skin off a napping lizard doesn’t mean the locals are running down to the Wal-Mart to trade in their Tony Lamas and Wrangler cowboy cuts for Crocs and cargoes. There’s an aesthetic to consider, traditions to uphold. You can’t have a bunch of leftover-salmon stank hippies twirling around the dance floor in tie-dye and dreads butchering the sublime choreography of the sacred Texas two-step. That’s just asking to rip a huge hole the fabric of the space-time continuum. South Austin, it would seem, is just such a wormhole, the kind of place, as David Allan Coe used to sing, “Where bikers stare at cowboys who’re laughing at the hippies.” Of course, unlike the Coe verse, in South Austin they all got high at the afterparty on some gay dude’s ecstasy and made babies. In some places they would call that a clusterfuck, but Austin is a university town and so we call it evolution. The result of this crazy cultural miscegenation is that on any given evening you might see a cat who looks a lot like Jesus in Tevas (either the Christ or the one who sells flowers down on Sixth Street) kicking up dust (maybe toe-fungus spores?) at a honky-tonk with some Patsy Cline wannabe Circle C soccer mom on girls night out … and once the fog of cultural incongruity clears, you might find the answer to the question, “What would Jesus do-si-do to?” If it’s this weekend, there’s a good chance he’ll be dancing to a member of the musical family Robison. Friday night Charlie and Li'l sis Robyn Ludwick will be teaming up at Threadgill’s on Riverside, and Saturday night brother Bruce will be cutting loose at the Spoke. Whether by nurture or nature, all are great entertainers who will surely get your sandals scooting.