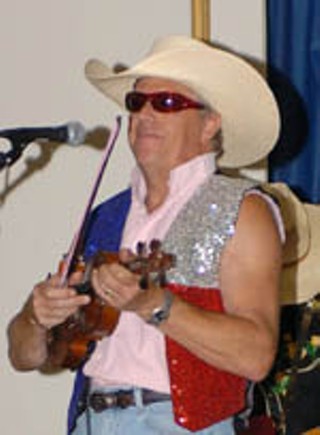 PORN-AGAIN: Perusing some of the gay male porn sites recently (strictly for research purposes, of course) I noticed several disturbing and noteworthy trends. Primary among them are the self-portraits made possible by computers in which the subject only appears to have one hand. The other hand is out of the picture entirely, presumably to hide the mouse. Unfortunately, what the subject should be hiding is in the hand that remains (though sometimes the mouse is in the picture and then the subject looks like he's hooked up to an electronic IV). Another noteworthy trend is razor bumps. I'll be the first to admit that I am mystified by the obsession with shaving the entire body (or at least a major portion of it). What is that about? Trying to look like you're 9 years old again? It's obviously someone's notion of beauty, but exactly who is it that finds razor-bumps and ingrown hairs attractive? Stopping short of being bald all over, we have the subjects that get creative with their pubic hair. Many male "models" seem to believe that only shaving around the organ in question makes them look more endowed than they actually are – but what you wind up seeing looks like a big eyebrow across the pubic region. I understand the idea that if your tallywhacker is going to be making its film debut you want it to be all gussied up and camera-ready, but giving it an eyebrow or moustache only prepares it for comedy. Speaking of comedy, there are those ridiculous morphed photos. Who finds that attractive? You see these photos where some guy's tallywhacker has been so digitally enhanced and super-sized that it could only drag on the ground behind him – unless he wants to throw it over his shoulder and burp it. This is pretty? I find myself much more concerned with where someone with that kind of endowment finds clothes to fit. Appearing in a pornographic layout has many pitfalls (in what army do they wear crocheted tank-tops and thongs? In what country do we find teenage policemen and 35-year-old frat boys who have never been near a college?). To illustrate our theory, let's create a fictional porn star. We'll call him Titus A. Drum. Titus is ready for his big close-up. He's groomed to the nines – plucked, waxed, shaved, riddled with razor bumps and covered from head to toe in Vaseline. He's spread out his offerings out before the camera like a buffet. He raises his head to glare defiantly into the camera … but that's where the problems begin. Upon raising his head, it is evident that Mr. Drum has a Mullet – or worse, one of those ludicrous Samurai cuts – and suddenly, any allure that he might have had evaporates. Even if he had all the right stuff, the fact that he's sprawled out on a brown plaid couch negates all of the careful preparations. What respectable "model" still has a plaid couch? If there's a plaid couch in the picture, I simply lose all my concentration. The same is true of bad artwork and ugly wallpaper. If it appears in the picture, I'll be more concerned with helping the model do his interiors rather than his exteriors. Sometimes you just can't win, but the life of a model has never been an easy life, has it?

ALL FEZZED UP: Well, I'd have to say that the Donaji Lira/Lance Avery Morgan combined birthday soiree at Matt Luckie's Red Fez was certainly one of the prettiest cocktail parties I've been to for so long, with everyone looking their springy best. Taylor Andrews, Cliff Redd, Phil Hudson, Chas Duggan, Angus Wynne, Alfred Robinson, Blake and Lea Buffington, Maris Stella Ostrewich, Cindi Ellis, James Walker, Patricia Paredes, Leanne Raesener, Clay Smith, Forrest Preece, Deborah Carter, and Pat Mastelotto were there as well as many others too fabulous to mention.

JUNE STYLE: Friday, June 3, 8pm-12mid, Project Transitions hosts their fabulous 10th annual Texas Swing at Saengerrunde Hall (1607 San Jacinto), with dance lessons from 7-8pm. With music from the legendary Alvin Crow, tickets are $35 in advance, $40 at the door (www.projecttransitions.org)… Thursday through Sunday, June 16-19, is the Dennis Quaid Charity Weekend (www.quaidcharityweekend.com) featuring an array of star-studded events and sponsors such as Hummer. From a concert with Dennis & the Sharks to a splashy fashion show and party to an auction and celebrity golf classic, Dennis does a good deed for Austin and for charity… Saturday, June 25, AIDS Services of Austin (www.asaustin.org) presents their 12th annual VIVA! Las Vegas fundraiser at the Austin Music Hall (208 Nueces), 8pm-12mid. Tickets are $35 in advance, $45 at the door… Sunday-Tuesday, June 26-28, renowned NYC hairdresser T-Bo will be returning to Austin, so make your appointments at tbocuts@aol.com.