A series of shifts: Mike Clark-Madison departs, our redesign winds up, and 'Page Two' tries to find joy while democracy crumbles

This column, this issue, has to start by noting that City Editor and "Austin@Large" columnist Mike Clark-Madison is leaving.

Not only an excellent editor and fine reporter, Mike is a passionate, intelligent, and fair advocate on city issues. His relationships with people and understanding of and institutional memory about Austin politics, economics, development, history, and neighborhood groups are unparalleled. The amount of editorial information Mike is asked to vet each week before it is published is matched only by the number of times a name, an old bill, or some city incident or political event is brought to him for clarification or information in the consideration or preparation of a story.

Writing on Austin-related topics means dealing with politics, deep-seated antagonisms, disguised special interests, and a tangled history of rivalries and relationships. No comment is ever taken as intended; few civic actions are ever regarded as anything but conspiratorial. Addressing complex issues becomes a foolhardy endeavor – especially when council regulars, letter-writers, involved citizens, and contemptuous politicians argue that there is a simple, obvious solution in every case. Yet Mike has never drowned in this turbulence, been compromised by the hysteria, or been besmirched by the excessive ill will. Advocating unpopular positions as often as popular ones, he has stayed the course. Committed to serious, long-term city planning, reasonable environmental regulations, and visionary transportation systems based on responsible growth patterns, Clark-Madison is civic in his concerns, far more mature than partisan. Accepting compromise, understanding nuance, appreciating opposing positions, he supports concrete achievements rather then Pyrrhic victories and unworldly, utopian fantasies.

Losing Mike as an easily consulted authority and a crucial part of this paper's editorial fabric will be very tough; replacing him will be nearly impossible. Instead, News Editor Michael King will guide his staff as they evolve, retrench, and reimagine. As always, we'll do the best job we possibly can reporting on, as well as trying to explain, what is happening in Austin. We'll just be lacking a longtime star player.

Quietly, the Chronicle has been going through an evolutionary, somewhat subtle redesign – one that in many ways is winding down, though not yet over. Ideally, the paper is always being reinvented, changed by those who leave and those who arrive, as well as changes in the lives, familial situations, and thoughts of the staff. Most of the tuning has been minor: Some regular features have been dropped, some have been moved, and some folks' official job descriptions have changed.

The revision of the Calendar section is probably a lot more noticeable than most. In an effort to make the section even more reader-friendly, we have reorganized the hundreds of bits of information, which are now offered by date, organized around our publishing week. Led by Wayne Alan Brenner and Diana Welch, the drive is still on to make it easier to find out what is going on during any day, as well as to offer more interesting reading overall. As always, we not just welcome but look forward to your feedback.

Special thanks to Barbara Chisholm, who's done a yeoman's work in listings for the past several years.

For the past weeks, after I've finally turned this column in, I've felt deeply dispirited. Saying what one wants to say is rarely easy. The ideas don't fit together; the words are awkward and sentences dense, so that it feels as though I've constructed a convoluted maze rather than offered accessible thoughts.

But it's more than that. Core to why I write is my belief in the greater community – that there are precious few outright good or evil people, but rather a lot of well-meaning people in conflict over words, methods, ideas, principles, and goals. I've always tried to figure out the goals and motivations of those with whom I disagree, even when it seems as though they're being deliberately stupid. Until you appreciate those individuals, you're arguing with yourself and not thinking about or addressing others' issues.

You don't write a column like this to try to change the minds of those with whom you most dramatically disagree. Perhaps providing reassurance is the hope of somewhat influencing or provoking those already loosely in agreement on many issues. Those who disagree read you to be morally outraged at your stupidity and/or marvel at their own superior intelligence. Ideally, columns like this give food for thought. The goal is often just to make clear an opposing view, especially in the current charged atmosphere, with too many acting as though their opponents are deliberately out to destroy America and its moral fiber. At best, you can hope to show that your opinions are not the straw men constructed by opposition pundits but reasoned responses to real problems. And there is the writer's need to at least go on the record.

As the idea of principled disagreement has grown increasingly foreign, I have evolved into the kind of writer I detest. Too often, I write as a partisan ideologue.

Arguing that this is a legitimate response to the party in power's massive, coordinated attempt to reimagine our long-established, two-party, constitutionally based style of government provides context but not authority. The brilliance of our democratic, constitutional republic and the genius of the people are apparent when one observes the performance of our government and the people over long periods of time. As Lincoln wisely pointed out, the people can be manipulated and democracy subverted even for lengthy periods; the strength of the very structure is that eventually the balance of power is reasserted.

But my dread over the current administration and its national and domestic policies, as well as its determination to fundamentally alter the traditional balance of governmental power, has led to an almost overwhelming despair over our political present and future. For once, I can find no intellectual or instinctual support for my deep-seated, optimistic view of the future. My unswerving respect for the brilliance of the government created by our founding fathers and my passionate love and faith in this country are shakier then they have ever been.

The need to make positions clear has become so intense that I have failed to champion nuance. Nothing has prevented me from writing about this range of topics except the time and space spent trying to articulate my opposition to the Republican mission. Instead I have shrunk to two dimensions, my voice grown shrill, as I have lost my identity and become a disembodied voice in opposition, as defined by them.

This has polluted my writing, which may boast passion but has never been known for grace or linguistic skill. Even when trying to offer a unique thought or unexpectedly different view, my tone is sophomoric pontificating. I sound like one repeating a prayer one has known since birth, with a strong sense of social position but no appreciation of meaning or spirit.

Objections to many of the current administration's policies arise out of concerns over the long-term consequences and are based on legitimate economic, social, and political reservations. They are not positions taken because those in opposition irrationally hate Bush, want to destroy this country, or are so naively misguided they advocate insane positions.

One can be against tax cuts for the rich without hating the rich, despising capitalism, trying to punish the entrepreneurial spirit, advocating class war, or embracing socialism.

One can oppose the proposed revisions in Social Security because of a conviction they won't work, will be too costly in the short run, and will devastate the economy in the long run.

And someone can have views in direct opposition to those of mine stated above and still love and care about this country.

Dialogue best serves the long-term needs of the people in a democratic republic. Right now, dialogue is being consciously limited. Overly aggressive redistricting, placing limits on legislative filibustering, eating away at the traditional balance of power, as well as ignoring long-accepted, bipartisan campaign and procedural conventions, is ultimately more about limiting the rights of every one of us than it is about offering the Democrats their comeuppance. Even those who now agree with the party in power are having their long-established rights degraded. The system was designed to limit the impact of contemporary political trends in order to protect the people. Those safeguards are being dismantled or corrupted.

The separation of church and state was enacted neither easily nor for capricious reasons. The pretense that religion-hating extremists have pushed this division far past the limits intended by the founding fathers has allowed the integrity of this separation to be compromised. The majority of this country's citizens may be Christian, but the very genius of this country is that it has never limited itself to being only a Christian country. The vision of the community represented is more expansive than that, deliberately not decided by majorities.

This is not about one set of ideas steering for a while, correcting a ship of state gone off course, or insisting on a more conservative course for the future. It is about the triumph of one set of political ideas – not merely denying opponents' concerns but restructuring of the basic government and citizens' rights in a manner designed to fundamentally change our method of governing.

Wrapped up in fury at this assault on the Constitution, outraged at this core restructuring, I have been driven by a need to communicate, a passion to dispute, and the core responsibility of any United States citizen to stand in principled opposition to our government's doing wrong.

Along the way, I've stopped having fun, begun to spend time seriously answering absurd questions of the when-did-you-stop-beating-your-wife variety, and lost my sense of poetry, contradiction, and irony. At the end of the day, blowing hot air, even in a righteous cause, is still blowing hot air.

I'm not shutting up, but I am determined to find some joy in the dance, even if everything around me is going up in flames. After all, outrage is neither very entertaining to read nor does it actually retard the flames. I'm here to dance-a and to sing-a because, if nothing else is accomplished, at least there is song. 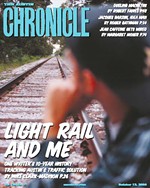 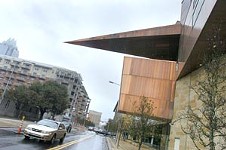