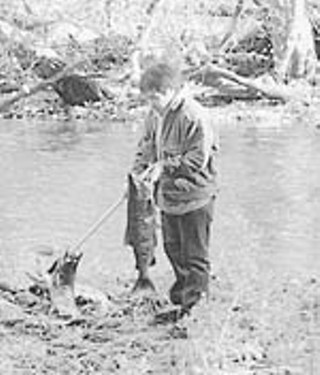 Victoria, British Columbia, has a magical quality all its own. Maybe it's the weather or the turn-of-the-century architecture, but it maintains a unique charm despite an explosive growth.

Originally I wasn't going to write about my trip to the southern tip of Vancouver Island, but it was so much fun that I couldn't resist. After numerous trips to the Vancouver and Seattle area, this was my first time to visit the provincial capital.

From Seattle, my wife and I hopped the Victoria Clipper for a two-hour ride up the Puget Sound. The double-decker ferryboat was packed with Americans taking advantage of flu shots across the border.

The Inner Harbor of Victoria was as scenic as I had imagined. The magnificent Parliament Building, which is outlined in lights at night, towers above the boat docks. The Empress Hotel and the Royal British Columbia Museum anchor the corners across from the Capitol. Since neither was really my cup of tea, we headed into the business district for a closer look.

Texas was a struggling republic when the Hudson Bay Company established a fur-trading port at the tip of the island off the British colony's coast. The city of Victoria was incorporated as the Civil War was beginning thousands of miles away. Until the transcontinental railway linked Vancouver on the mainland eastern ports, Victoria was western Canada's largest city.

Government Street is lined with souvenir shops, boutiques, and European-style coffee shops. Whether you take advantage of the favorable exchange rate with the American dollar or not, the sidewalks are alive with activity into the evening.

Probably the most popular destination in Victoria is Butchart Gardens, which is actually about 15 miles north of town. The city bus makes the 15-minute trip from downtown every hour for $1.50 per person, or a cab ride is about $40. Add to that the admission of $16 for adults. (All prices are in Canadian dollars, which the locals call a "loonie" for the bird on the back of the yellow coin. I heard someone call the two-dollar coin a "toonie," even though it has a bear on the back.)

From the gardens we had the incredible luck to make it to Goldstream Provincial Park on the northern edge of Victoria to see the salmon run. At first we were disappointed to see only a few fish working their way upstream, but then a large group violently churned the shallow water in a mad effort to make it over the rocks to the next pool.

The life cycle of Pacific salmon is largely an unsolved mystery. Appearing in late October, the adult salmon work their way up the stream, where they were born, to lay eggs and then die. By the second weekend of the run, the stream was already littered with the 2- and 3-foot-long carcasses. The gulls, birds, and raccoons were already beginning the cleanup. The bald eagles and the smell would arrive later in the nine-week spawning season. A bear had been spotted in the park the week before we visited.

Only the First Nations people are allowed to harvest the fish in the stream for food and religious ceremonies. Using long poles with a large hook on the end to snare their prey, they ignored the cheers from the gawkers whenever a fish escaped.

And, of course, the local cuisine prominently features wild salmon on the menu. Chandler's Seafood House was voted best seafood by the locals, and we agreed. Darcy's Wharfside Pub had the best view of the harbor and good food.

The weather in Victoria is pleasant most of the year. The winters are a damp 40 degrees while the summers are in the 70s. The island rarely gets snow and freezes only a few times a year. Information on the Victoria Clipper can be obtained at 800/888-2535 or www.victoriaclipper.com. The city is full of lodging options and many under $100 per night. We found the Days Inn to be an excellent value, having a view of the harbor and being within walking distance from downtown and the ferry landing. A good place to start a visit is with the free booklet Always in Season, available on request from 800/663-3883 or www.tourismvictoria.com.