A sentence came to me, as they sometimes do, suddenly and without much context – came around 1am while rounding that curve on I-15 where suddenly Vegas is laid out before you in all her gaudy glow, bigger and flashier than she once was, more self-conscious and nowhere near as cool, an aging whore with a heart of steel and neon eyes who lives by the proverb, "Scared money never wins." Maybe that proverb was the context. This is the sentence that hit me: It takes fierceness to grow old well.

In the room at the Stardust, I couldn't turn on the light because Dave, who'd arrived earlier from the north, had fallen asleep hours ago. Threw my gear on the empty bed, took a yellow pad from my satchel, sat by the window, 20-odd stories up, and wrote by the reflected glare of Las Vegas' frantic night, trying to run that sentence down. It was good to shape the letters with my fingers, different from a keyboard – I hadn't done that in a long time. And it went like this:

It takes fierceness to grow old well. It takes a fierce devotion to the word "goodbye" – learning how to say it in many ways – fiercely, yes, but also gently, with laughter, with tears, but, no matter how, to say it every time so that there's no doubt you mean it. When you're pushing 60, the rest of your life is about saying goodbye. Your greatest work may yet be demanded of you (though odds are against that), you may find more true love, meet new good friends, and there's always beauty (if you have an eye for it) and fun (if you have the spirit) – still, no matter what, slowly you must say goodbye, a little bit every day, to everything.

Goodbye, for instance, to your face. Sometime in your late teens or 20s you developed the face that is yours, give or take some wrinkles, until your late 40s or even your early 50s. But gradually that face becomes a different face – and you'll never see the other younger face again, not in a mirror. Even in photographs that face you had for so long will begin to look like a stranger's. And you're saying goodbye to the faces of your friends – the faces they had when they became your friends. If you haven't seen them in a while it can be a bit of a shock, this new face of theirs, with their grayed or dyed hair; something has not so much been taken away as added: the approach of Death. Call it whatever you like, but that's what it is, what we politely call "aging." Seeing Death slowly mark the faces of your friends, you reluctantly recognize its mark upon your own. Goodbye, face that was mine. Hello, Death – near? Or still a ways off?

By your late 40s you're losing your "looks" (odd usage, that, when you think about it); by your late 50s, you're losing capacities. You're saying goodbye to your body every day now – or it's saying goodbye to you. You can choose to live with the face and hair you now have or you can play tricks with it, force it to look younger, but you can't do much about your hands. Or your feet. The skin changes. The toenails change. The belly. The slackness. Hello to that, goodbye to the body you'd assumed was yours – you never realized how much you'd assumed that you'd always be smooth and quick and strong. A silly assumption, but you didn't know better. Smooth, quick, strong, svelte – goodbye to that.

You're saying goodbye to things like ... how you used to drive a car. I stop a lot more to pee, and I learned the hard way (skidding off a New Mexico two-lane) that my night reflexes aren't what they were. And the gas-pedal knee throbs after a couple of hours. Can't play Springsteen's "Drive All Night" except for nostalgia, though I used to drive all night, many many nights. Now I think of an ancient Greek epitaph: "Say goodbye to Poros, the figs, and the seafaring life."

Once you could run with no pain. Walk with no pain! Now there's that twinge in the knee that sometimes flares into real hurt. Hello, pain. Something always hurts now, a little or a lot. You hardly notice it anymore. When you see people in their 70s walking so slowly and carefully you realize now, in the flesh, that they walk that way because it hurts. You'll walk that way too one day. My 83-year-old Aunt Mary tells me, "Golden years – bull! Do what you want while you can still get around. And your Uncle Jack – he has CRS syndrome. Know what that is? Can't Remember Shit."

Yes, there are now, so often, lapses in memory – are you to say goodbye even to your memory? It's no longer so dependable, no longer at your beck and call. It's weird and scary: You know exactly what it is you don't remember, but somehow you can't actually remember it – you just feel a blank space where the memory should be. Then the name, or whatever, comes to the surface, hours or days later – but one day maybe it won't. Alzheimer's? "A senior moment"? You get used to it and hope for the best. Ain't nobody can do a thing about it anyway. Goodbye.

Goodbye, goodbye, goodbye ... to all the friends and family who die. I tell Deborah that I don't envy whoever in our circle will be the last man standing. "Me neither," says she.

My friend Naunie, 10 years older than I – can no longer "negotiate" (another strange usage!) flights of stairs. Goodbye to walking up and down a flight of stairs! She laughs. No whining from her. And I think of that D.H. Lawrence poem: "I never saw a wild thing/sorry for itself./A small bird will drop frozen dead from a bough/without ever having felt sorry for itself." We wild things are to be tested, from now until we die, with goodbye after goodbye after goodbye, tested by how much and how often we feel sorry for ourselves. How paltry, to meet Death with self-pity. Best we smile when we say goodbye.

You say goodbye, too, to the usefulness of your knowledge – not your wisdom, your knowledge. Things move so quickly now that a skill once essential often becomes obsolete, replaced by something beyond your ken yet instantly appreciated by a teenager. If you're lucky there are some young folk who value your wisdom and even some of your knowledge. They ask you for help. You give them what George once called "bread crumbs." "Bread crumbs?" I said. "You drop them in the dark forest so you can find your way home." "The birds will eat them." "Probably." "So why drop them?" "As long as you do what you can, something new shows up."

Goodbye to so many dreams. Most of them just got in the way of who you really are. Not that they weren't helpful. In my notebook the morning Duke and I trudged through the mud of Woodstock, all that music, all those naked people: "We have learned that our dreams are important not because they come true, but because they take you places you would never have otherwise gone, and teach you what you never guessed was there to learn."

From this window at the Stardust I can see the two or three miles to the Rio, its crimson and purple neon, where Dave and I sat on the 19th floor the year we turned 50. I can see that room from here. It was about the same time in the morning, 4-ish, and he said: "We are 50 and we're better than I ever thought we would ever be. I didn't expect that." "Indian summer, baby."

Nine years later Dave is asleep as I write by neon glow. Indian summer is over. Say goodbye to what was so you can welcome what is. Death approaches with something like a smile. Smile back. That's the only way Death will respect you. It is no small thing to be respected by Death.

Goodbye and goodbye and goodbye. It takes fierceness to grow old well. You've got to love what you lose, even love the losing. Regret will corrupt you. Fear, too. You face them down. Or not. But even that's not the final test. A question haunts me: What will be my last thought? It will matter only to me, no one else will ever know of it. But there's something elegant about that. Will it be trivial? ("I heard a fly buzz when I died," Miss Emily sang.) Lovely? Will I even get to finish it? Will it be a rush of fear? A sense of welcome?

It's dawn. I'm tired, a little drunk, and, appropriately for Vegas, lines from dead stars and old films come unbidden to my vigil. "Old age ain't for sissies," Bette Davis said. And from a noir relic, Walk Softly, Stranger: "They say you haven't lost anything important until you've lost your nerve." 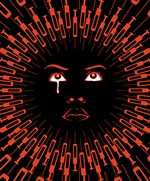 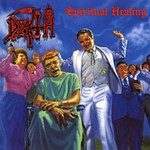