Luv Doc Recommends: Jesse Sublett in-store with the Class of ’78 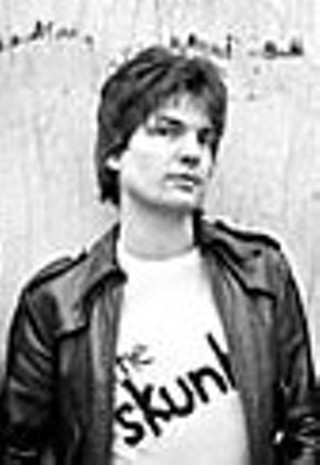 If you have been extra obsequious this week in hopes of getting the boss to let you off early on Friday, good call. That should put you on the streets with only a few hundred thousand other purposefully obsequious, smug worker-bee types who managed to cadge a few extra hours off the man. Better than melting in the 5pm gridlock with the rest of the schmucks, eh? Then again, why drive at all? Why clog the arteries with all of the other proletarian plaque? Why spoil your good time holiday vibe with all of that frustration, indignation, and rage? Hey, this isn’t Christmas... Here’s an idea: spin that buggy around and drive back against the grain, downtown towards Sixth and Lamar and start your Memorial Day weekend by remembering what Sixth and Lamar used to look like before all of the sawhorses, barrels, backhoes, and flashing yellorange lights. For several months now the nexus of Austin urban culture has been swathed in a cautionary color scheme. This is the feng shui of progress, but after all of the work is finished; the bone-jarring, pothole-speckled donkey trail that once was Lamar won’t necessarily be the glistening new autobahn in your mind’s eye. The work is actually to replace water and sewage lines that have been around since the 1920s. After all is said and done, your ride to the record store may still be bumpy, but your crap should be flowing smooth as silk. If we’re lucky, they might even throw a new layer of asphalt over it all to warp and bubble come August. In the meantime, there’s commerce to be conducted, damn it. This Friday at Waterloo Records, crime novelist, Skunks bassist, and cancer survivor Jesse Sublett will be doing an in-store performance with members of the Class of ’78, a talented hodgepodge of musicians from the early days of Austin’s new wave/punk scene. No, the Class of ’78 isn’t shilling a new CD of all the old favorites, but they are coming together to celebrate the release of Jesse’s new memoir, Never the Same Again, which chronicles Sublett’s fascinating journey from nascent rock star to middle-aged cancer survivor while trying to come to terms with the defining event of his young adult life: the 1976 murder of his girlfriend, Dianne Roberts. Author he may be, but Sublett is still a rocker too, so it is only fitting that his book’s release is accompanied by the crunch and crash of loud music rather than the staid quiet of a reading. Plus, this book release comes with free beer, along with a stellar lineup of musicians, including Larry Seaman (Standing Waves), Davy Jones (Ideals, Next), Terri Lord (Jitters, Bad Mutha Goose), Biscuit Turner (Big Boys), De Lewellen, (D-Day), and, of course, Sublett himself. What better way to start Memorial Day weekend than by celebrating a memoir?