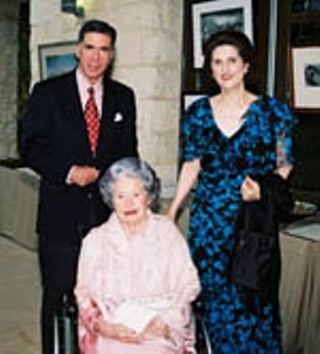 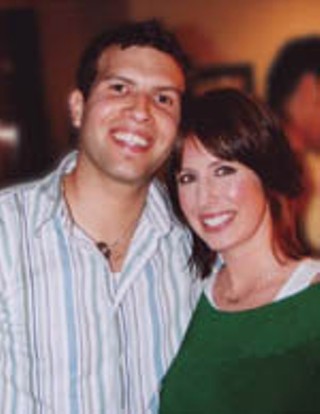 DESIGNING DUO It would be hard to ignore the design contributions of local designers Tomer Gendler and Cat Swanson, and last week's fashion show at Lytle Pressley's Spazio proved it. Regardless of what this duo is showing, they always put on a good show with good models and production values. Both designers (sweetly engaged to each other) showed their separate collections in a salonlike setting to a standing-room-only crowd of press and fans. Swanson showed a range of club wear and evening wear – some of which we had seen in previous shows, which really underscored the sense of continuity she is developing. It was almost like a retrospective of her brief career and a testament to the growth of a designer. Gendler's collection we had not seen before. His menswear is dramatic and beautiful, with exquisite construction (made in Italy) and the finest fabrics available. It was a gorgeous collection for an extremely sophisticated client. Though both Swanson and Gendler are occasionally guilty of putting too many details on one garment, I applaud their over-the-top approach that, with time, should mellow into complete elegance. Unfortunately, the hair and make-up were unflattering to the models (especially the men) and detracted from the quality of the clothes we were seeing, but the collections were strong enough to overcome that. It was a good show by two designers from whom we're going to be seeing a great deal.

SUMMER SOIREE The air was cool, and the stars twinkled from above like the thousands of tiny lights that adorned the outdoor pavilion on the dreamiest of nights at the Lady Bird Johnson Wildflower Center. It was the center's annual Hill Country Celebration fundraiser, as well as a Mother's Day tribute to the great lady herself, Mrs. Lyndon B. Johnson, and it was one of the loveliest, classiest, and most relaxed events of its kind that I've ever attended. The tables were clustered around the deep, crystal-clear pond and glistened with hundreds of votives and arrangements of wildflowers and native plants as a mariachi band strummed softly in the background. It was a bit of heaven on earth to watch the beautifully groomed ladies floating by in organza and chiffon with blazing jewels and dazzling smiles, like a Kathy Womack painting. There were bold-faced names everywhere and gorgeous artwork to bid on, but nothing could eclipse the sheer star power of Mrs. Johnson and her family. I had finally convinced Sister Margaret to attend one of the swanky events I thrive on, and this was right up her alley. She introduced herself to Lady Bird and said, "Mrs. Johnson, thank you for the wildflowers." Lady Bird, still suffering some effects of her recent stroke, could not speak, but reached up from her wheelchair and grasped Margaret's hands in hers, visibly moved by the compliment. I very simply told Lady Bird, "Mrs. Johnson, you're a very great lady" and gazed into those eyes that had seen so much. Daughter Lynda Johnson Robb was there with her husband, Sen. Chuck Robb. Lynda is also a great lady, statuesque and impeccably mannered but not at all stuffy – and far more imposing than sister Luci Johnson, who was also present. I told Lynda how beautiful her dress was, and she beamed. I explained that I was the Chronicle fashion editor and had made it my mission to beautify Texas. She laughed and said, "That's my mother's job!" I winked and said, "We have that in common." Texas Monthly Editor Evan Smith was there, dapper and dandy as usual, and Lynda told a story about when Evan had interviewed her and the Johnson family for his magazine. Shortly thereafter, Lynda was trying to get tickets for an event at UT, but was unrecognized and having a hard time. As she said, "I was trying to get through that gate of St. Peter's to get tickets until someone recognized me and only let me through because they had seen me on TV with Evan Smith of Texas Monthly." For a few hours, all was right with the world, and the event was a great success.