Stephen goes shopping with a friend to get ready for all the big to-do’s on the social horizon. Hide your credit cards. 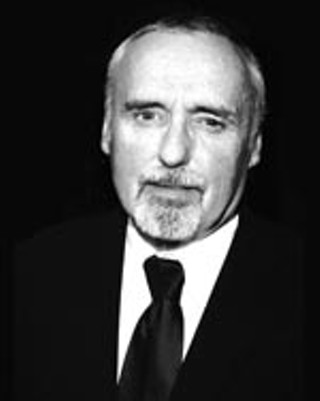 THE PARTY CIRCUIT The fundraising gala at One World Theatre was amazing; last year's was fun, but there was something imperceptibly different this time that made it extraordinarily relaxed and glorious. The food, from so many excellent restaurants, including Cafe Josie, Zoot, and Jeffrey's, was scrumptious – almost more so than all the divine evening gowns the ladies wore, but not quite. The theatre does such great work, and the event appeared to raise a substantial amount of money for it. Unfortunately, we had to duck out before the Michael McDonald concert began, so we could continue on the party circuit... This brought us to Tribeza magazine's third anniversary party at Laguna Gloria. The party was absolutely gorgeous, with the music floating across the lawn under the light of the full moon. More beautiful dresses on the ladies – including a number of fur coats and wraps: fox, mink, and (I kid you not) vintage gorilla. It was an eclectic blend of stylish folk, and Tribeza's proud Publisher Zarghun Dean made a point of complimenting me on The Austin Chronicle's wonderfully successful fashion supplement and launch party, as I complimented him on another successful year and wished him a very happy birthday, as well.

THE SOCIAL DIARY Last week, I took my good friend Rebecca Campbell (executive director of the Austin Film Society) shopping. I insisted she let me help her get ready for the Art Ball and Texas Film Hall of Fame. We put together a list of places to look for clothes, and were thrilled that the very first place on our list, Wardrobe (1206 W. 38th) had something exactly right for the events (and more fortunately, both Rebecca and I are very decisive about such matters). The selection at Wardrobe was very cool and very unusual: arty, edgy women's wear in a wide range of sizes from 2 to 2X. The service was excellent, and the store was beautiful – though it's about to move to a new location just off Jefferson. We'll visit them there and report on the new digs. With that out of the way, there was plenty of time for a lovely lunch at Zin American Bistro (1601 W. 38th, entrance on Kerbey Lane). I'd stopped in there a few days before, after being ignored one too many times at Kerbey Lane Cafe, and found the place to be charming and completely the opposite of Kerbey Lane's slacker service. Their soups and appetizers are great and they make a fabulous sirloin burger, all at very reasonable prices. Rebecca and I then worked on shoes and jewelry for her outfit and parted ways to go get ready. The Art Ball was pretty festive indeed: beautiful clothes, beautiful art, and, of course, the Four Seasons is always a nice venue. Rebecca looked marvelous, of course, as did many attendees, and I had a wonderful time with the incredible artist Julie Speed, who declared I was the best-dressed man there. Who wouldn't love that? I was putty in her hands... Sunday night was the Oscars. Ho hum. The major thing I remembered was Kelly Lynch during preshow; she wore to-die-for Anthony Nak earrings (even the hag sisters Joan and Melissa Rivers screamed about them), but the ruffles down the back of her Zack Posen dress made her look like a stegosaurus. I have a delicious AN update for you that I'll share soon.

THE FASHIONABLE AGENDA Friday, March 12, is the Texas Film Hall of Fame, surely the most important event on Austin's social skyline. With so many movie stars in attendance that you'll practically have to step over them to get around, tickets can be had for $500 each, or by the table at $5,000 and $10,000. Call the Austin Film Society (322-0145) for further info... Saturday, March 13, brings us the South Austin Style Fashion Show, which, oddly enough, is being held north of the river at Flamingo Cantina (515 E. Sixth). Participants include Flashback, SoLa, and Moxie & the Compound, and several new entries in the "fresh, new designer" sweepstakes, such as Patches by Jennifer Hill, Lindsey Neely Dickey, and Booty Girl. With hair and make-up by Electra Beauty Lounge and musical entertainment, doors open at 8pm. A $5 donation is requested with proceeds to benefit SafePlace. For more information contact Capricia at 797-3076... On Sunday, March 14, the Platforms will unveil new fashions described as "Pucci Galore" at a mod-inspired rock show at the Carousel Lounge... Thursday, March 25, Fashion Central presents its Year of the Monkey fashion show benefiting the Austin Museum of Art at Laguna Gloria. With fashions by Shiki, Adelante, Fabby Darling, Wardrobe, Capra & Cavelli, Casa Loco, and 365 Days 365 Ways, the event will be catered by Changos and Amy's Ice Creams. Avant, Daya, Innu, and Sage salons will provide hair and make-up services, and there will be live music and entertainment. Tickets are $10 general, $30 VIP. Call Shiki at 371-7767 for further info.