The lasting legacy of Sam Rayburn 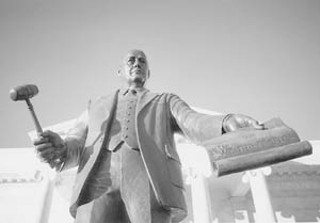 Sam Rayburn left a legacy in Northeast Texas that can still can be seen and enjoyed by visitors more than 40 years after his death. The staunch Democrat and speaker of the U.S. House of Representatives helped the nation pass from the Great Depression, through World War II, and into the prosperity of the 1950s.

Besides his work on social issues of the day, Rayburn brought to the rolling hills just south of the Red River recreational jewels like Lake Texoma and the 17,785-acre Caddo National Grasslands with its three lakes and miles of hiking trails.

"Mr. Sam," as he was often called, came to Texas from Tennessee with his parents at the age of 5. He grew up on a cotton farm in Fannin County before representing Bonham in the Texas House for six years. He then moved on to the U.S. Congress in 1912 and spent the next 48 years in Washington, including 17 years as House speaker. "My goal in life is to have people think well of me," Rayburn once said.

Fiscally conservative and middle-of-the-road on most social issues, Rayburn never forgot his rural beginnings. "Any fellow who will cheat for you will cheat against you," he said and then helped pass regulatory laws that led to the formation of the U.S. Securities and Exchange Commission and the Federal Communications Commission to protect the public's interests. Federal funding for farm-to-market roads, veterans hospitals, and rural electrification were part of his vision to help the ordinary man.

Rayburn helped negotiate John Nance Garner of Uvalde as Franklin D. Roosevelt's vice-presidential choice. Although Garner and Rayburn didn't always see eye to eye, the two were responsible for passing many of FDR's New Deal policies. Rayburn also helped Lyndon B. Johnson's ascent to power. When he died in 1961, Rayburn's funeral was attended by three presidents.

A visit to Bonham should start with a stop at the Sam Rayburn House Museum on U.S. 82 on the west side of town. Although the two-story house is of distinctive Southern styling, it is quite modest by modern standards. Operated by the Texas Historical Commission, the museum is unique in that it preserves furnishings and other possessions just as the family left them – including Rayburn's 1947 Cadillac – when his sister passed away in 1967.

Using a $10,000 award from Collier's magazine for distinguished service to the nation, Rayburn endowed the creation of the Sam Rayburn Library and Museum on a hill west of downtown Bonham. Opened in 1957, the library is one of four divisions of the University of Texas' Center for American History. Along with exhibits of photographs, art, and personal memorabilia, the centerpiece of the museum is a replica of Rayburn's office as speaker of the House of Representatives. The entrance foyer contains the white marble speaker's rostrum that stood on the dais of the House of Representatives from 1857 until 1950.

In the park next to the library is a replica of Fort Inglish's log cabins, the original settlement of Bonham. The county seat of Fannin County hasn't changed a lot since Mr. Sam used to shop at the local grocery store. Bonham is still a community relying on agriculture for its fortunes.

Rayburn was instrumental in bringing the Civil Conservation Corps to the county to build Bonham State Park southeast of town off of TX 78. The 265-acre park has a 65-acre lake, but it is the buildings left by the CCC that are its charm.

Four miles north of town, the city built the 1,020-acre Lake Bonham. Off of TX 78, the lake is popular with fishermen but has a pleasant shoreline with camping, hiking, and picnicking opportunities.

At the height of the Dust Bowl, the federal government began buying eroded land and replanting grasses and native vegetation. The result is the Caddo National Grassland, administered by the forest service headquartered in Lufkin. Large sections of the grassland are open to the public for recreation. Few facilities are provided, but the three lakes are seldom crowded, and the landscape is serene.

For more information on the Bonham area, call the local Chamber of Commerce at 903/583-4811 or visit www.bonhamchamber.com.