Harken back to the days of yore … on the dancefloor, as "After a Fashion" trips the disco ball fantastic in this boogie down Memory Lane. 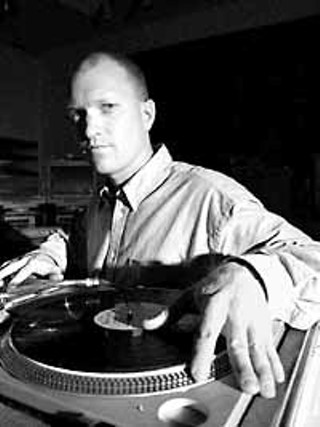 THE BEAT I used to love dance music. I was a club DJ for several years in the late Eighties and was firmly grounded in disco and new wave (which were often indistinguishable). But as the Nineties were ushered in, popular dance music changed a great deal, laden with confusing monikers such as "garage house" and "acid hip-hop," with a heavy dose of rap thrown in. Too heavy for my taste. I impetuously sold my record collection and turntables, and turned my back on current music. I just no longer heard what I wanted to hear in music -- trippy, spacey, synthesized sounds laid over a relentless beat, whether it be pounding like boulders smashing in my ears, or sizzling like a high-voltage wire strung across my brain. That music just seemed to go out of fashion in a haze of reality, as suddenly a much more "street" sound was ruling the dancefloors. But I never wanted reality from dance music; I wanted fantasies of far-away solar systems drenched in color, pulsating with light; I wanted drama and soaring vocals crooning sensual words. And suddenly, that music's back, big time. The Kitty-licious Miss Kitty and the crew at radio station Mega 93.3 rule the airwaves with this new wave of tripped-out, zeroed-in sound, and not since the heyday of Giorgio Moroder, Patrick Cowley, and Bobby "O-- Orlando, in the Seventies and early Eighties, has dance music sounded so good. Ditto, says Roger Wilson, winner of Best Club DJ at the Austin Music Awards for several years in a row. "I too have been very disenchanted with the club scene for many years now. I have finally tapped into some absolutely phabulous music, and I have all the years of great clubbing experience to present it with power and energy!" And so he does, with an event called PHIRE at the fab new Elysium on Red River. The next one is Friday, Feb. 8, and then on the first Friday of every month after that... Spent a great evening at Elysium recently. I was, of course, afraid that I'd be twice as old as anyone there, but, mercifully, that proved to not be true: I was only several years older than some people there. But I love good dance music, and Elysium provides that. DJ Sliver cranked out fun new wave hits, and owners John and Sara were just about as gracious as they could be. The crowd was intriguingly diverse in style and age, and my companion for the evening, fashionista-in-training Neil Diaz, made sure I met everyone interesting, including the surprisingly charming Mr. Lifto and his wife, April.

BITING THE HAND But if we really want to talk about audacity, let's talk about Giorgio Armani, shall we? The 67-year-old whose net worth is, according to Forbes magazine, conservatively estimated to be $1.6 billion -- a fortune by anyone's standards -- said, after his most recent menswear collection, "I'll tell you something, luxury disgusts me." The silver-haired, perpetually tanned high-fashion industrialist who earned every lire of that fortune on luxury goods, further embarrasses himself by saying, "It brings to mind those divas who once upon a time paraded around with Afghan hounds. There's too much emphasis on objects and clothes that don't correspond to real life." Uh, Earth to Giorgio, Earth to Giorgio ... come in, Giorgio... Are you nuts? This was his low-end collection, where he took his inspiration from "... French workers coming out of the factories of Billancourt; activists in the era of the Popular Front; Russian miners in the Thirties; and American volunteers during the Second World War. I want to pay homage to the workers, to the dignity of the workers with their simplicity and straightforwardness." And the price tag for these smart little "worker" suits?... $800. Tres, tres gauche, n'cest pas?...

THE GOSSIP BROKER Oh, Kathleen! The occasionally appealing Kathleen Turner was found flat on her face with a split lip on the bathroom floor at the restaurant Orso's in NYC. "Drunk as a skunk," I believe the phrase is. Her husband was called, and he escorted her out, and according to a source, "Kathleen was reeking of booze, slurring her words, and almost broke her neck leaving the restaurant. The smell of alcohol was overpowering. She was rambling incoherently and, on the way out, she stumbled on the stairs. If her escorts hadn't caught her, it would have been really bad." Sounds like it's already bad... Here is the problem in a nutshell -- or a bag of rice-cakes, if you please: Role model for millions of young girls, Gwyneth Paltrow stated in a London paper, "I never think I'm thin enough or my breasts are big enough." Puh-lease! If this emaciated babe isn't thin enough, who is? Olive Oyl??... The talented but apparently down-on-his-luck actor Eric Roberts aired his dirty family laundry recently by saying his sister, the mysteriously esteemed Julia Roberts, has abandoned him in his time of need and has been no help to him in recent years, even though he helped her when she was first starting out. He added more fuel to the fire by saying Julia simply can't act. Says the actor, "Everyone's going on about how great she was in Erin Brockovich, but what did she actually do? Wear some push-up bras. It wasn't great acting." Mee-OW!... Loved the story about Britney Spears checking into $2,000-a-night suite at the swank St. Martin's Lane Hotel only to find the hotel plastered with posters for an appearance by her arch-rival Pink. To make matters worse, the offending Pink, who has publicly questioned La Britney's claims of virginity, was staying in the same hotel. La Britney spun on her trashy little heels and stalked out of the hotel and checked into the $6,600-a-night Imperial Suite at the Mandarin Oriental in Knightsbridge. Says Pink, "I'm a real party girl, so perhaps she was worried I'd make too much noise and keep her awake. Maybe she needs her beauty sleep."... Mmmm -- you can be a designer, too! 'N Sync star Chris Kirkpatrick has just launched his own collection at the Girls Rule! fashion show in SoHo. Press releases say he attended the show to ensure that all the clothes fit properly. Uh, excuse me, have you seen the way this guy's own clothes fit?... Honestly, I swear I'm trying to stop talking about Winona Ryder, if she would just let me. Seems that the no-longer-welcome-at-Saks actress has downsized her shopping budget now that she actually has to pay for things. Leaving the Beverly Center Express store after buying a number of garments, the self-proclaimed Queen of the Shoplifters set off the security alarm; seems a starry-eyed clerk forgot to remove the sensor. Poor Winona. Can't you just see her turning her bovine eyes heavenward and turning redder-than-red?