Who called LouAnn? Who dined with Gwyneth? "Walk this way" and find out! 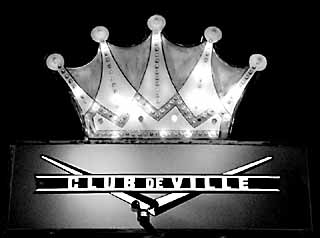 L.A. NOT SO CONFIDENTIAL My favorite irrepressible international bon vivant, Bob Emerson, who also happens to be my neighbor, is making his annual pilgrimage from Austin to his home in Palm Springs -- via L.A., where he will be attending his close friend and fabled costume designer Nolan Miller's birthday party, along with notable guests such as the legendary Phyllis Diller, Diahann Carroll ... and Joan Collins. Emerson says that it's possible he will be escorting the Elizabeth Taylor to the shindig -- but La Liz's appearance is unconfirmed. Gee, if I were Liz, I don't know if I'd want to go either: She and Joan have a history of bad blood that goes waaay back. Ol' Joan will be married -- again -- on Feb. 17 -- this time (her fifth) to her boyfriend, who is 33 years younger than she is. Well ... good for Joan, but it seems like she's always competing with Liz one way or another. Needless to say, Joan will be wearing a Nolan Miller gown for her nuptials.

CHRISTMAS YVES Among the many cool things my sister gave me for Christmas, such as a MulletsGalore.com calendar (so mean and so funny, you'll scream), was a gift certificate for Half Price Books. Shortly thereafter, Margaret and I raced up to the Guadalupe location -- our favorite. I mentioned something to her that I've long held to be true: that Half Price has the most amazing fashion books of any bookstore in town. She said, "Really?" "Yes," I replied, "there is no doubt in my mind that I will walk in and there will be some lovely, glossy volume dripping with mouth-watering photos, and I, who already has a staggering collection of books on fashion, would die to own it. Something luscious about Christian Dior or Yves Saint Laurent, perhaps ..." And indeed, we walked in, and I bought, among several things, the stunning and glorious 1998 book Yves Saint Laurent: Forty Years of Creation, a breathtaking collection of photographs of Saint Laurent's work by many different photographers, annotated with tributes from his fans, friends, and colleagues. There were at least several other copies there, and at $19.99, run to get yours now.

The next day, the news was everywhere: Saint Laurent had resigned from the house that carried his name. Two things happened on October 25, 1957: I was born, and Yves Saint Laurent became the head of the venerated House of Dior. Throughout my entire life, Saint Laurent has been the reigning king of fashion. I wrote about him in this column (January 28, 2000, austinchronicle.com/issues/dispatch/2000-01-28/cols_fashion.html) almost exactly two years ago, when Tom Ford and the Gucci Group took over all aspects of the House of Saint Laurent, except for women's haute couture, which Saint Laurent himself retained (though that was unclear at the time). It seemed inevitable that this was the beginning of the end -- and indeed the end has come. The aging and frail prince has renounced his throne, but he can rest on his laurels: There isn't a designer alive today who hasn't been influenced by or benefited from the innovations Saint Laurent wrought. Nor is there a successor to the man whose visions personified the theory of chic. Sure, there are good designers out there, but few with the innate sensibility to consistently turn out elegant, classic clothing that isn't afraid to take bold risks, but stays within the realm of exquisite taste. It is a major loss for us, but an even larger one for the House of Saint Laurent, for whom I pray that they not let some flavor-of-the-month designer run roughshod over.

TONIGHT, TONIGHT Thursday, January 17, is Club DeVille's Fifth Birthday Party, with DJ Faithgay followed by a performance by Pong. Happy Birthday to one of my favorite clubs!

BARTON SINGS ETERNAL Well, she's a very good friend ... practically family from the first time we met. So it didn't take me but two seconds to track down the lovely Lou Ann Barton and demand to know, "Darling, is it true that Steven Tyler called you in person?" Her throaty laughter said it all. "You rascal," she said, "who have you been talking to?" That was my secret, I told her, explaining that even though I find Mr. Tyler, of Aerosmith fame, about as appealing as he would find me, I was impressed that he actually called her on the phone. "So, what did he say?" I pleaded. "Well, first off, I did not actually talk to him, but he did call," she said. Seems that Mr. Tyler heard Miss Barton's cover of his song "One Way Street," and called to tell her how much he liked it. Liked it? Hell, he raved! "Happy New Year, baby," his message began, "I don't know you, but I love you. You sing like an absolute angel," he continued. He said he "cried" when he heard her rendition, saying it was a "killer version that did unbelievable justice to the song," and that she was "brilliant." The song is on a tribute album, Sweet Emotion: Songs of Aerosmith that features an impressive lineup of artists, from Marshall Crenshaw and Otis Clay, to a must-be-around-90-years-old Pinetop Perkins performing the classic "Walk This Way." Beamed Miss Barton, "Steven said he was starting a full-swing tour, and was sorry he missed me, but would call again. He was so nice, so real, humble, and down-to-earth."

STARLITE NIGHTS It would appear that serial-dater Gwyneth Paltrow just can't stay away from Austin -- or at least can't stay away from one of our coolest eateries, Starlite. She was there on the 29th of December, with beau-of-the-moment (and soon-to-be beau-of-the-past) Luke Wilson. Most interesting was not the fact that I didn't hear about the rendezvous until recently, but that I heard about it the very same day that Gwyneth and Luke broke up.