This is the last Public Notice ever. 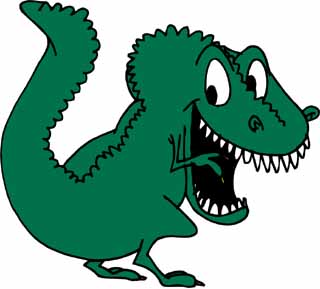 You hold in your hands the last official episode of "Public Notice" in The Austin Chronicle. After 181é2 years (we think, see below) "Public Notice" is throwing in the towel. Come Chronicle Redesign Time (the upcoming issue of Sept. 14), the duties of "PN" will be absorbed by the Community Listings section of this paper, thereby making your search for local public-service events and volunteer opportunities each week more of a "One-Stop Shopping" experience, as it were.

"Public Notice" had its unceremonious beginnings the first issue of 1983, back when the Chronicle was still a biweekly publication. We say "unceremonious" because the darn thing just sort of started -- no kick-off, no intro, no real explanation -- just a coupla listings right after the first page or so of the paper: Plop. That's the way things were back in those heady days of this ambitious and odd little publication. Things just started ... or stopped ... or appeared irregularly. And in some ways, those traditions continue today -- we just tend to gaze into the bellybutton lint a bit more intently and with a bit more context. (And tighten those seat belts, kids. Our 20th anniversary issue is coming next issue, and bellybutton lint ain't the half of it.)

Like we said, "Public Notice" just sort of started, but what it has become, is, in our experience, quite unique in the realm of newspapers and even alternative newsweeklies. Please tell us if you know of another publication that has maintained a smart aleck PSA column for almost two decades.

The first months of "Public Notice" saw it as a repository for all sorts of community events -- not necessarily all nonprofit related, as it came to be in later years. We can't quite pin down the exactamundos about this, but Kathleen Maher (Publisher Nick Barbaro's first wife -- as far as we know) seemed to be involved from the start and took over at one point, giving the column its first twists of snarky sardonicism.

The voice of snark became a tongue firmly planted in cheek in the form of one wise-crackin' S. Emerson Moffett (Nick Barbaro's wife as we type). We remember reading the Moff back in our Florida days and were charmed not only by the uniqueness of the column's angle but of the sweet idealism that shone through despite the smart-ass tone. Geeeez, does that sound like any town you know? Back then, "Public Notice" really defined Austin for us.

We started working at the paper in 1994. We answered phones, proofread copy, and took an occasional assignment that actually involved writing. When S.E.M. asked us to fill in while she took vacation, we were positively giddy. Eventually, when it came time for her to pass the torch, we were honored to be the recipient, especially since we were not, nor ever planned to be, a wife of Nick Barbaro.

That was back in October of 1995, and a whole lot of time has passed, and a whole lot of community groups and functions, events, and fundraisers have been written about. We are proud to say that this byline you see here is the longest single standing byline to hold the reigns on this column.

Well, you didn't ask for a "Public Notice" retrospective (but you never know: despite the above, Louis Black may make us do another last-minute one for the 20th anniversary issue). And what with the aforementioned 20th preparations exploding all around us, we feel all used up in the reminiscing department. This is the time for moving forward.

We hope that the move to consolidate public service and listing information makes it easier for our curious readers as well as for folks wanting to submit press releases to our paper. While "Public Notice" certainly has garnered its own set of wacky loyalists (and we can't tell you all enough how much we luv ya; know we do), it often seemed, here on the editorial side of things, that important informational items were spread all over the issue -- as some items would get overlapping coverage, while other bits of info would fall through the cracks. Well, we hope to avoid all of that in the future as sections more closely coordinate together.

Before these changes take place, folks, might we ask a favor of our Public Service Community? Could you P.R. Mailing List-types please change your mailing lists so that notices are no longer sent to the attention of "Public Notice" nor to the byline holder herein (that would be the editorial we holder, Kate X Messer), and instead, send your juicy tidbits and info to the fine folk listed below and on our Community Listings page? Thank you, so very much!

Without You, We Are Nothing

You know that, right? And you know how important the work you do is, don't you? Austin wouldn't be Austin without you, our Public Service Community. And you made this column what it is. What a pleasure it has been to meet and work with so many of you. Thank you; we'll miss working with you here, but we'll see you back in the Calendar pages. Take care. Bye bye.
More Public Notice columns Public Notice
Public Notice asks not what it can do for its community but what *you* can. This week features part of our Austin-area Volunteer Opportunities List and informs of dear old "Public Notice"'s demise..