This week's "Public Notice" goes techy and says, 'Let's tear down the digital divide and give all these laid-off geeks something to do!' 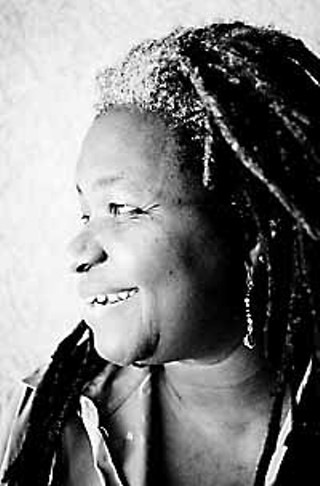 Since the harrowing Tech Bust is sending the pocket protector set screaming for the city limits even faster than the initial boom did, we figured we'd take advantage of our captive audience, so to speak, and speak directly to our friends who have come into town for the South by Southwest Interactive Fest (Hello, Geeks!), just the appetizer, the tapas, a li'l lagniappe, if you will, before the crush of humanity that comes in and out of our city for the rest of the month of March hits us broadside (for SXSW, UIL, Spring Break, the Star of Texas Rodeo, bluebonnet season, and the fact that our hot tub is working again ... ). So, this week's column is all about one of our favorite little things about Austin; it just so happens to be a nonprofit. We can tell you on a personal note that our little pup uses their services on a daily basis at a local library, so sure, we are a bit biased. The bias may also have to do with the fact that the group has always been run by total babes.

"Austin Free-Net is a nonprofit corporation providing public access to the Internet and emerging technologies for all Austin residents, especially those who don't have computers in their homes. Services are available only in public locations. Austin Free-Net is a community-driven project." So begins the mission statement of Austin's arbiter and equalizer in the digital divide.

Last week, in preps for SXSW, The Austin Chronicle Screens section ran profiles of five local high tech smarty-pants, one of whom was Austin Free-Net Executive Director Ana Sisnett. Sisnett has a lot to say about the nature of technology's effect on folks' lives, so this week, "Public Notice" hands over the mike and gives her some space to go off on a few things, like how despite community involvement and corporate grants, something like Austin Free-Net can only happen by the grace of you and we and the rest of our community, and how the "Digital Divide" is probably not even what you think.

Without further ado... heeeeeeeeerrre's Ana: "We have [traditionally] thought about the 'digital divide' very much in terms of, well, 'poor people don't have access, people of color don't have access, people with disabilities don't have access.' But it's a little bit more complicated than that. The digital divide not only affects low-income people or people of color, but anybody who is not 'in the loop,' so to speak. They could be wealthy and white in West Austin and they are still part of the divide because it's not easy for them to [access] information, for whatever reason. Of course, it would be easier for that wealthy white person from West Austin to maybe pay Seniornet, for example, to take classes, yes? But it would be harder for a low-incomes person of color to have access to affordable training, yes? Still, we cannot make assumptions about anybody in this work. There are senior citizens -- from black or Latino or Asian communities -- who have disposable income and who can afford to do this. We can't make assumptions just because they fit these categories. So it's been kind of tricky to maneuver all of this and to keep us on our toes, so as not to oversimplify the issues. We have to always redefine how we articulate what we're doing, what our positions are, what the issues are. It sounds more upbeat to say, 'We're providing digital opportunities for people.' I'm always tempted to draw a smiley-face next to the term."

Now for the Pitch --

The venerable Ms. Sisnett further states, "This whole 'new economy' discussion ... I've always been suspicious of the term. Unfortunately for some, I think the new economy does look like the old economy and will look like the old economy. I think people are learning that now. We have people who are leaving the tech world and want to get back to the nonprofit world, and I'm kind of happy about that [laughs], because we do need folks like that."

That means you, techy-poo. Yep. You've got a few weeks left on that chunk o' severance, a few more days to decide that the corporate world was not really for you in the first place, a few moments to ponder the possibility of making something out of your work instead of merely something from it. Admit it. You've always wanted an excuse to do good. And if that's not enough to convince you, consider this: Working for Austin Free-Net or one of its attendant affiliates is a hell of an opportunity for networking and résumé padding. www.austinfree.net or 326-9084.

Thanks to Screens Editor Sarah Hepola for her assistance on this week's column.
More Public Notice columns