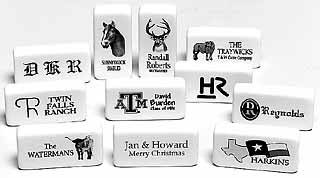 Puremco Inc. holds the title of being the last domino factory in the United States. The Waco company used to be the largest, but since all of the manufacturing of dominoes moved offshore to take advantage of cheaper labor, they became the last one standing.

It's only right that the largest and the last domino company would be located in the state that has the largest number of domino players. In Texas the game has always been very popular, says Scott Pitzer, general manager of Puremco Inc. He says it was a game played in the oil fields, a favorite of Hispanics, and was never frowned upon by the church like cards were.

In its simplest form, dominoes is a game that anyone can learn to play in a few minutes. It is so easy that children can have a winning hand, but with enough strategy that older folks enjoy the competition. The object of the game is to lay down all your tiles with matching numbers touching and scoring when the number of "pips" or dots laid down equals a multiple of five.

"Dominoes is the perfect match for social gatherings," Pitzer says. The game is easy to learn so anybody can join in the action, it has just the right amount of intellectual stimulation to be interesting without stifling conversation, and it leaves your hands free to eat and drink.

Over the years players have invented other games to play with the little tiles with dots. Puremco's Web site lists 68 different games that can be played with dominoes. Games like Chickenfoot, Spinner, and Mexican Train have changed the intensity of the competition.

Most experts credit the Chinese with originating the game. It is more than a little ironic that Puremco's stiffest competition for toy store shelf space comes from the Asian countries. How the game was introduced to Europe is a mystery, but the Italians are credited with developing modern dominoes.

Sailors brought the game to the New World. Pitzer says that dominoes are popular in every Hispanic culture in the Western Hemisphere. The familiar click of the marblelike tiles can often be heard in the villages around Central America. The last two presidents of the Dominican Republic have ordered sets of dominoes with their faces printed on them, Pitzer says.

Puremco, an acronym for Purvis Reeves Manufacturing Company, was founded in the back of the Purvis Bearing Company in Waco in 1954. George Purvis, the company's founder, was a master at developing manufacturing machinery. He came up with a way to automate the domino-making process that made him a leader in the industry.

The game that is so popular in the oil patch is now being manufactured by an oil field tool company. The plastic tiles are poured at the plant in Clifton, cut, and polished before being shipped to the shop on the south side of Waco for the pips to be drilled and the design added to the back.

For a game that is centuries old, computers have had a great impact in the way they are made. Computer-controlled drills place the dots at precise positions on the tiles and a special machine paints the indentions. A unique type of plastic developed by a Fort Worth aircraft manufacturing company allows the surface of the tile to permanently accept the imprint from a computer-generated graphic.

"We literally iron on the design," Pitzer says. They can create or scan just about any image and place it on the back of a domino. "Putting someone's name on a set of dominoes is a pretty big deal to most people," Pitzer says. "It's a personalized gift that conjures up nothing but good feelings.

"We made a batch of dominoes one time and forgot to put the color pigment into the plastic before we poured the molds," says Pitzer, who has worked for the company for more than 13 years. "The result was that we had see-through dominoes." In dominoes, like in cards, the object to the game is to go out before your opponents and block their moves if possible. As a joke they put the clear dominoes in the gift shop. "People said, 'How neat,' and bought them up," Pitzer says. "We called those our 'Aggie dominoes.' "

It's no joke that sets of dominoes with the Texas A&M logo are the company's best sellers. "Dominoes are a tradition there," says Pitzer, a College Station graduate. "They probably play more dominoes than any other college town."

One of the most unusual sets the company has ever made was a custom design for a middle-aged couple that came into the Waco showroom. "They were the most average-looking couple you could ever imagine and asked if we could put their pet names for each other on the set," Pitzer says. "We printed 'Dogbreath & Bitch' on the set."

Personalized domino sets can be ordered by phone, the Web, and at kiosks in malls around the state. A set can usually be made while you wait at Puremco's showroom east of I-35 in Waco. They also have a nice selection of custom boxes, other games, and books on dominoes. A short video has replaced the factory tours. For the frugal, the sets with minor blemishes sell for astonishingly low prices.

Puremco's showroom opens weekdays from 8am to 5pm at 5002 S. Loop 340 in Waco. They can be reached at 800/725-7060. Visit their Web site at www.dominoes.com to place an order, check on rules, or to find out all the games that can be played with the tiles. "We're preaching to the choir by marketing dominoes in Texas," Pitzer says. "Now we've got to teach the rest of the world how fun a game it is."

Harbor Parade of Lights in Galvestion 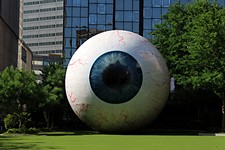 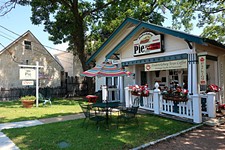