The Varner-Hoogg Plantation State Historical Park, near Houston, has gone from a settler's cabin to a great sugar plantation to an oil wildcatter's weekend home. 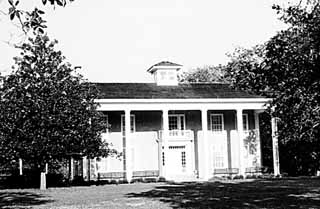 A reminder of the Old South (Photo By Gerald E. McLeod)

The Varner-Hogg Plantation State Historical Park on the coastal plains west of Houston still retains the look of the stately manor that it once was. The vast lawn has a manicured look, and the rows of pecan trees surround the two-story house guarded by white columns and magnolia trees.

The timeline of this remarkable and beautiful piece of property covers the major events that helped build the state. From a settler's cabin to a great sugar plantation to an oil wildcatter's weekend home, the house now stands in retirement but remains a testament to bygone days both good and bad.

The land was originally farmed by Martin Varner, a Virginian who came to North Texas in 1818. Six years later he joined Stephen F. Austin's original colony and was given a league of land (4,500 acres) north of West Columbus. Varner built a two-room log cabin along the creek that now bears his name. Austin credited the farmer with producing the first rum in the colony.

Preferring the climate of North Texas, Varner sold the property just before the Texas Revolution and moved to Wood County east of Dallas. In a deal supposedly brokered by Austin, the land was sold to the Patton family from Kentucky.

It was Columbus Patton's slaves who built the plantation. Varner's cabin was replaced by the antebellum home constructed with clay bricks dug from the nearby Brazos River. Across the creek was the brick sugar mill and the cramped slave quarters. Barrels of sugar and molasses were carried down the creek to steam ships waiting on the Brazos River.

During the Texas Revolution, the plantation was a center of activity. Its proximity to the first Texas capital in West Columbus made it a social and strategic center. Santa Ana was held here briefly before being moved to Orozimbo, a neighboring plantation. Austin's Peach Point Plantation was a few miles south.

For more than 20 years under Columbus Patton's leadership, it was one of the most successful plantations on the Gulf Coast. Then the family patriarch was declared insane, for reasons not entirely clear, and the estate went through a variety of managers and owners.

At the end of the Civil War, the Texas economy was in ruins. Farm prices were in the cellar, and emancipation freed the work force. For a time, convict labor was tried and then tenant farmers tilled the land, but the once-prosperous operation quickly disappearing.

When the great hurricane hit the Texas coast in September 1900 and destroyed Galveston, what was left of the plantation was also wrecked. At the Patton Place, the sugar mill, slave quarters, and several other buildings were reduced to rubble. The house with 14-inch brick walls was one of the few buildings left standing.

A year after the devastation, James S. Hogg, the first native-born Texas governor, bought 4,100 of the original 4,500 acres of the plantation. A farmer and lawyer, Hogg said he purchased the place as an experimental farm.

Hogg also had an idea of what was under the surface of the fields. After the oil gusher blew at Spindletop, he suspected that more petroleum lay under the coastal plains. Nearly 13 years after the former governor's death he was proven correct. Beginning in 1918, the West Columbia oilfield became one of the most prolific of the era. At one point, Hogg oil jacks were pumping $40,000 a day out of the sandy soil.

The four Hogg children became known for their philanthropic endeavors as much as their vast fortune. The Hogg Foundation invested money in the Houston arts, the University of Texas, and mental health research. In 1958, the governor's only daughter and last surviving child, Ima, donated the Greek Revival plantation house and 66 acres to the state as a park and museum.

"We tell the history of the plantation in a factual manner," says Patsy Burris. "We try not to dwell on one area of the story more than any other."

"We begin our tours by saying it is a multicultural site," Burris says. The fertile plains and thick river forests have attracted visitors for centuries. An Indian campground is believed to have been located not far from the house long before Varner arrived.

One of the things that makes the Varner-Hogg Plantation unique, besides the fact that the house has survived more than 165 years, is the amount of documentation about the Patton era, Burris says. Because Columbus Patton was ruled insane before he died and his will was challenged after he died, there are reams of legal documents relating to the plantation. "We have a lot of stories to tell," Burris says.

Varner-Hogg Plantation State Historical Park is northeast of the intersection of TX 36 and 35 in West Columbia. Guided tours of the house full of period furnishings collected by Ima Hogg are Wednesday through Saturday, 9-11:30am and 1-4:30pm, and on Sunday, 1-4:30pm. For information, call 979/345-4656 or go to www.tpwd.state.tx.us.

November 3-5, the park presents a three-day symposium and workshops on the Brazoria County people and history with special emphasis on the African-American experience. Call the park for more details.

Wurstfest in New Braunfels celebrates the German/Texas culture with one of the largest food and music festivals in Central Texas. Nightly entertainment fills the fair grounds in Landa Park, Nov. 3-12. 830/625-9167.

Fall Festival of Roses at the Antique Rose Emporium in Independence north of Brenham combines the colorful nursery plants with expert seminars, Nov. 4-5. 979/836-5548.

conducted by the folk art experts from the Orange Show Foundation takes visitors to some of the best music clubs around the Bayou City, Nov.12. 713/926-6368 or www.orangeshow.org.

Texas Independence Trail, a new brochure from the Texas Historical Commission, leads tourists through the southeast plains that were the cradle of Texas independence. For a free copy, visit any Texas Department of Transportation Travel Information Center, call 877/558-7245, or visit www.thc.state.tx.us to order a guide. 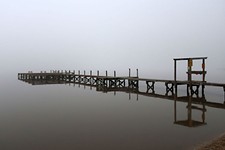