Captain Daytrips announces his own annual Best of (in the daytripping vicinity of) Austin awards. 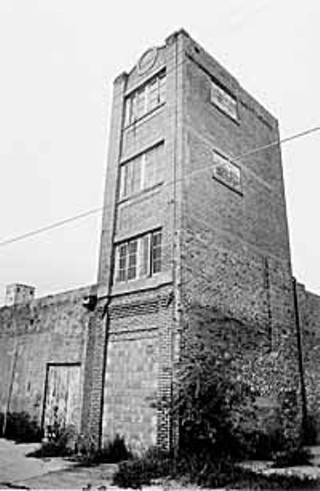 The sky is lower in Wichita Falls. (Photo By Gerald E. McLeod)

The "Best of Austin" issue gives me an opportunity to look around the state at the people, places, happenings, and things that make this such a unique place to explore. Every year I get to this point and have more ideas than I have newsprint space. Here are my favorites.

Best Skyscraper: If every skyscraper were as tall as the "world's littlest skyscraper" in Wichita Falls, a lot more people would be able to see the sunset. According to local legend, the 40-foot-tall brick building was built to look like an office tower at a time when the city was starved for office space during an oil boom in the early 1900s. A Philadelphia construction engineer raised several thousand dollars of investors' money and then built the building to inch scale instead of feet. The 16-by-10 foot mini-tower was never occupied and is said to not even have a stairwell. Boarded up and abandoned near the corner of Seventh and LaSalle streets, it is just one more vacant building in the city's old warehouse district.

Best Publicity Stunt for Our State Parks: Last spring the Texas State Railroad State Historical Park outside of Palestine was featured on national television and in newspapers around the world when Robbie Knievel jumped his motorcycle over the steaming locomotive. Texas Parks and Wildlife Department earned $75,000 and millions of dollars in free advertising when the son of stuntman Evel Knievel sailed 210 feet for spectators.

Best Left Undiscovered: An American businessman wants to turn the Mir space station into a Space Age resort. After 14 years of leaks and other problems, it is doubtful that the former Russian space station will have swimming pools, tennis courts, or a golf course, but will be the perfect place for millionaires to play astronaut. What else are you going to do with an obsolete tin can orbiting the planet?

Best Joy Ride: Two fishermen in Port O'Connor did what every beer drinker has thought about doing when they see a beer delivery truck idling behind a store or restaurant -- they grabbed the 18-wheeler full of Budweiser. A sheriff's deputy pulled them over before the pair got a chance to pop one top, but the two were laughing all the way to jail. Calhoun County Sheriff B.B. Browning said the two were still laughing about the heist the next morning. The judge wasn't laughing when he slapped the two beer bandits with a fine and community service for auto theft and driving while intoxicated.

Best April Fool's Day Joke: Who would have thought that the folks in the publicity department at Miller Beer had a sense of humor when they circulated an e-mail to reporters around the state on March 31, 2000, saying the brewery was in negotiations to acquire exclusive sponsorship of the West Texas natural phenomenon known as the Marfa Lights. To pull off the joke, the local newspaper was in on the gag with a front page story under the headline: "Marfa Mystery Lights to become Miller Lites."

Best Poor Attempt at April Fool's Day Humor: The People for the Ethical Treatment of Animals (PETA) organization faxed a news release to media outlets just before April 1, 2000, saying they were going to release tranquilizers into the 65,560-acre Lake Palestine right before a major fishing tournament at the lake. The activist group took heat from law enforcement officials who treated the joke as a terrorist threat.

Best Day Trip to Escape the Summer Heat: With the state locked in a record drought and heat wave, the best escape is to go underground. Texas has seven caves open to the public, and all offer a respite from the oppressive weather. Fortunately, most are within an hour's drive of Austin.

Best Free Day Trip: Take a drive to the International Sculpture Garden on the grounds of the Liberty Hill High School off of TX 29. Created by Walter Melville "Mel" Fowler in 1976, it shows the work of 25 international sculptors. The artwork varies from the abstract to statuary. Admission is free.

Best Room Rates: Look for the HOLIDEALS at the Holiday Inn Web site for last-minute bargains on rooms at selected hotels. The only drawback is that the rates are posted for the upcoming weekend only, but the rates can be as much as 50% of the advertised rates. Make reservations online at www.basshotels.com/ holiday-inn or at 888/224-2424 and ask for the HOLIDEALS rate.

brings out the chiliheads when it's hot for the men's state championship. Don't miss the showmanship competition on Saturday afternoon and Robert Earl Keen on Saturday night, Sept. 15-16. 512/396-5400.

Jazz 'SAlive in San Antonio is one of the best jazz festivals in the state. Held downtown in Travis Park and featuring local, regional, and national acts, Sept. 15-17. 210/207-3075 or www.ci.sat.tx.us/sapar.

Colorado County Fair in Columbus provides fairgoers with a weekend of fun with Tejano music on Friday night, country music on Saturday night, and polkas all afternoon on Sunday, Sept. 14-17. 409/732-8124.

Chihuahua World Cup at Gulf Greyhound Park between Houston and Galveston on I-45 features pint-size speedsters racing at 1:30 and 7:30pm for the world title, Sept. 16. 800/275-2946 or www.gulfgreyhound.com. 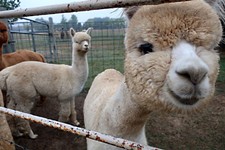