From postapocalyptic islands to mining camps in Nevada, these novels will rock your world


Perhaps the 24-hour news cycle's headline splashing, surface-grazing details of international murder cases involving youth and beauty are driven by the allure of discovering the elusive psychological meanderings of a case's central characters. That is precisely the bet Jennifer duBois places – and wins handily – in her sophomore novel.

An introductory note acknowledges definitive parallels between her story's plot and the real-life case of Amanda Knox. Lily Hayes is studying abroad in Argentina when her world collapses: She is incarcerated, pending murder charges in the gruesome death of her roommate, Katy Kellers. Navigating the transition from middle-class New England to the big, new world of Buenos Aires, Lily is bright-eyed and armed with world knowledge gleaned from a liberal arts education and a familial history pocked by tragedy but bound in love.

Still, Cartwheel is not a mainstream whodunit; duBois' skillful reimagination grants her infinitely flexible cognitive space to flesh out players and fill in gaps. Burrowing into the psyche of the full-bodied cast of characters, duBois writes complex, shifting points of view and gripping revelations of plot points; she braids the deeply personal reflections sought after in the Knox trial with vivid imagery. Not a single character is entirely trusted, yet none is wholly unlikeable, and this, perhaps, is duBois' social commentary on the sureness with which we judge guilt ... in both others and ourselves.


What are the odds that a collection of short stories about Nevada would be last year's most devastating read? Every story in Claire Vaye Watkins' debut collection, Battleborn, is a high-stakes game, and Watkins plays to win, taking big risks and backing them up with prodigious feats of pacing, character, and plot. The stories in Battleborn sear and singe, illuminating the often-quiet landscape of regionalism like an electrical storm over the desert.

The collection begins with a bullet to the heart: "Ghosts, Cowboys" is dark, beautiful, and, incredibly, autobiographical. If your jaw isn't on the floor by the end of it, you must drink your tea with turpentine. In the stories that follow, Watkins goes on to prove she can be trusted with any setting, from the Manson house to a modern-day brothel on a peacock farm. Even the quietest tale in Battleborn can slay you; the story of three friends visiting the tourist trap Virginia City for ironic larks is almost unbearably sad. Just as the most outlandish situation feels familiar in Watkins' capable hands, nothing ever feels ordinary, either – not even the same old heartbreak that's been around since the West was won.

One of Watkins' best tricks is showing how thoroughly the mythology of the West pervades present-day Nevada, glittering in the golden trash can of a Vegas hotel lobby as much as in the gold dust sifting through a prospector's pan. There is something lush about the juxtaposition of so much stale reality with the bountiful promise of pioneering days. Each story in Battleborn is a little novel, a world you would never want to live in but somehow don't want to leave, either. 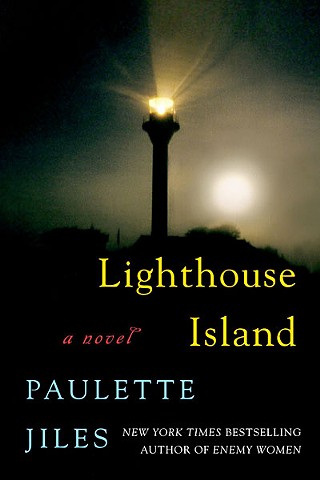 In Paulette Jiles' Lighthouse Island, the San Antonio author posits a world where sprawl and overpopulation have created an endless city that covers the continent. Water is such a rare commodity that it is rationed daily, and the government has become a wildly corrupt and ineffectual behemoth, overregulating every facet of daily life. Thrown into this world is Nadia, an orphan on the run, longing for her parents and trying to reach the titular island: a mysterious, idyllic resort endlessly advertised on televisions mounted to every conceivable surface. The plot may seem well-worn, but the author has crafted a funny, dark, highly plausible future. Constructing increasingly inventive lies, Nadia weaves through the bureaucratic red tape as cunningly as she navigates the claustrophobic favelas and the elite communities of the upper class. Jiles' prose is lyrical and poetic, making her biting commentary all the more palatable.

Often compared to Cormac McCarthy's The Road, Peter Heller's The Dog Stars does initially seem to be covering similar territory. But set aside the postapocalyptic America backdrop and disdain for punctuation, and you realize that Heller's novel is a beautiful treatise on the nature of friendship: between man and dog, man and man, man and himself. Hig has spent nine years mourning the death of his wife, taken by a flu pandemic that decimated the world's population. He has been living at a small airport with his dog, Jasper, and Bangley, a sociopathic survivalist type who seems to relish society's descent into barbarism. After a devastating loss and a close call with a band of looters, Hig loads up his plane to fly past the point of no return to follow a faint radio transmission. To say any more would ruin the pleasures of this wonderful novel. Between the sharp characterization and the evocative descriptions of nature reclaiming the landscape, there are profound ruminations on loneliness and the human condition. The Dog Stars succeeds on every level.

Running through both these novels is a current of hope, a sense that even as everything falls apart, there are opportunities for quiet redemption; meaning and purpose can be found in the most dreadful landscapes. It's something to remember as we ride that handbasket to hell. – Josh Kupecki 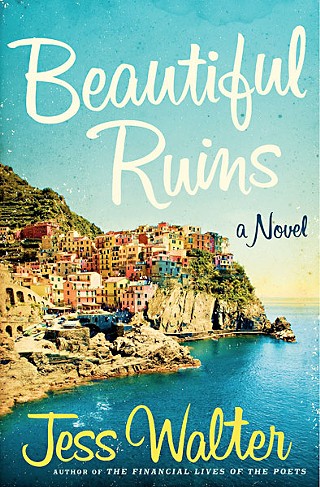 
Jess Walter opens his wide-vistaed novel with an epigraph from a Louis Menand piece in The New Yorker: "Burton, fifty-four at the time, and already a beautiful ruin ...." That would be Richard Burton, the famous actor, lover, and lush; he plays a small but consequential part in this novel that trawls half a century, two continents, war, infidelity, regional theatre, and America's Area 51 runner-up for most alien activity, Hollywood.

The book opens in Italy, 1962, with the young romantic Pasquale Tursi trying to drum up business for his family's underserved seaside pensione. He meets a Hollywood starlet named Dee, and their short time together ripple-effects in surprising ways. Chapterlong vignettes move between intimately and tangentially related people and places: There is Pasquale negotiating the doomed Cleopatra set in Rome; a bordello anecdote by an ex-GI summering at Pasquale's hotel; the epic bad day of a modern-day "D girl" (that's D for development); an excerpt from the unpublished tell-all memoir by her producer boss, a Robert Evans-like Hollywood phoenix who was there when Pasquale and Dee first met; et al.

I suppose you call this sort of thing a "literary novel," but that doesn't convey how funny Beautiful Ruins is (it leaves puncture marks on its portrait of the movie industry, both then and now). But "comic novel" sounds like a hedge – book code for good personality-slash-junky writing – and Walter is far too fine a wordsmith for anyone to get the wrong idea about him. Beautiful Ruins is gorgeous stuff. – Kimberley Jones

At the Bottom of Everything

Some ailments clear up on their own; others gnaw away at you until curative measures are taken. Traditional wisdom puts emotional trauma in the former category – time heals all wounds, it says. Ben Dolnick's recent novel revolves around an emotionally scarring moment in the lives of two suburban kids that festers.

The two protagonists find one another in grade school. Adam has the usual lack of suavity that comes with youth. Thomas, on the other hand, has a unique nerdish maturity that makes him an outcast and a novelty to his peers. The inseparable duo face perfunctory character-building hurdles together until a tragic accident during high school sends them both in different directions to deal with the guilt. Adam strives for a sense of normalcy that continues when we're reintroduced to him in a post-collegiate haze. Thomas, despite a promising start in an Ivy League school, has disappeared. Adam agrees to search for his estranged friend more to escape his personal downward spiral than to find someone who is the only reminder of the event he's been trying to evade.

From there the action moves to India, where descents of all kind take place: into madness, into the Earth, into primal instincts, and even into one's self. The physical comforts of America are sloughed off in the hopes of finding emotional solace. What begins as a tale of coping with psychic fallout in an environment of privilege and comfort jets to a continent where physical discomfort becomes the norm and various forms of emotional deterioration and healing are accelerated. Dolnick's prose really shines in these sections, where the absence of certain amenities are genuinely felt instead of reading like first-world whining. Even references to New Age trappings are handled without mockery or painful sincerity. As Adam's and Thomas' trajectories recollide, Dolnick deftly handles the juggling act of respecting and representing numerous paths and beliefs without letting a single ball drop into cliched territory. – James Renovitch