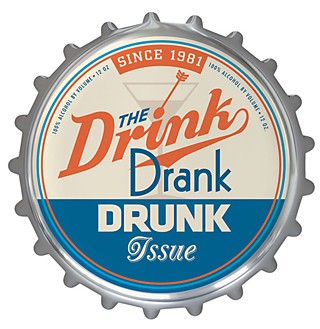 Those who know Lucinda Hutson know she is all about color.

The spectacularly lush gardens surrounding her Rosedale home, which have been featured on shows on PBS and HGTV, are a riot of color, matched only by her flamboyant personality. And, indeed, the local gardening expert's first book, The Herb Garden Cookbook (UT Press, $29.95) continues to be the go-to guide for growing and cooking with herbs in Texas and the Southwest, and it is still in print some 25 years after its initial debut.

But her second book, ¡Tequila! Cooking With the Spirit of Mexico – her first foray into the world of Mexico's spirits, published by Ten Speed Press in 1995 before the explosion of interest in tequila in America – sported folk art drawings instead of color photographs. It was published inexpensively, got little promotion, and was really but a draft of what she dreamed the book could be. For years, Hutson contemplated the idea of taking that little book and converting it into a more complete compendium on the agave spirits of Mexico.

"Color is so important to me," she says. "Everything about my life is colorful, from my house to my garden, to my collection of Mexican folk art. I felt that the new book needed to reflect this better. I had to have photographs and lots of colorful design. Mexico and its tequila culture deserve it!" After years of research and hard work, her newest book – ¡Viva Tequila! Cocktails, Cooking, and Other Agave Adventures (see below) was published this spring, and it's already receiving national recognition.

After the first tequila book was published, Hutson continued her travels throughout Mexico's agave spirit-producing regions. The new book now encompasses 40 years of heartfelt anecdotes and adventures, as well as in-depth research into Mexico's modern tequila, mezcal, and up-and-coming sotol industries. But at the heart of Hutson's endeavor is her passion to preserve the old ways and traditions. "With today's worldwide commercialization of tequila, many of the ancient traditions are being lost," she says sadly. "I wanted to be sure and recount stories of places and people I knew when I first started visiting Mexico. Having grown up in El Paso, I was familiar with the culture. But Mexico is so rich and diverse, and not only every region, but every person has a different story to tell. I wanted all of them to be remembered, from lavish dinners and tastings at renowned distilleries like Herradura [and] Cuervo, to drinking pulque with humble producers in Central Mexico."

The new book also touts a broader array of recipes. "I needed more room to add some of my newer creations, as well as lovely recipes I gathered during my travels, and to pay homage to the people that taught them to me. If at some point these traditional ways are lost, I hope that I have been able to preserve them in my stories, so that people will remember how things were done." In fact, Hutson discovered that many traditional ways of life related to agave spirit production are changing. For instance, after pulque declined in popularity, cattle ranching replaced maguey-growing in Central Mexico, once the cradle of pulque production. But in a strange twist of fate, pulquerías are now a hip commodity in Mexico City, so perhaps the historic art of pulque-making will see a resurgence.

In addition to her vast knowledge on the subject of the agave spirits of Mexico, tequila culture, mariachi music, traditional dichos, and personal stories are at the heart of Hutson's book, all tied together with an obvious passion for the subject. "I worked so hard to make this book exactly what I wanted it to be, and I am very proud of the result. I fell in love with Mexico's people and culture a long time ago," she says. "My heart and soul are in this book. It is my love story, my love letter to Mexico and its people."