Moving on From West Memphis

Freed from death row, Damien Echols reflects on where to go next

Damien Echols' life as part of the wrongfully imprisoned West Memphis Three has been well-documented in books, films, songs, and more. And after his release last August after 18 years on death row, Echols got the chance to document it himself in his just-released memoir, Life After Death: a frustrating, honest, and surprisingly joyful account of a life lived under trying circumstances.

Austin Chronicle: Your life has been pretty busy lately, with the book release and tour. Plus, you just moved to Salem, Massachusetts. How long have you been there?

Damien Echols: I can't even keep track. We started moving in a month ago. But it's been so weird, because we moved in, we stayed for three days, then had to go out on the road for two weeks. We came back this time, stayed for a week, and now we're getting ready to go back out for 17 more days. So even though we've lived here a month, we've only been able to settle down for a few days.

AC: Are you looking forward to settling in a little more when that's done?

DE: Oh, God, yes. Getting to settle down and actually write again. Actually being able to meditate again. Having time to get the house in order – yeah. That's what I'm really looking forward to right now.

AC: What other writing do you have planned? Reading the book, you come off like somebody who, even if he didn't have this important story to tell, might have pursued being an author anyway.

DE: It's written by someone who loves writing. I wanted to cover things that meant something to me [besides the trial], and hoped that it would mean something to other people, too. That's what I want to do in the future, too. I want to be able to write about things other than the case. I was hoping that with Life After Death, people would like the voice of it enough that they would want to start reading about other things, other than the case.

AC: You tell stories about things besides the case here, too – there are horrifying parts about your first job, or some at-home veterinary attempts by your mom. Was telling these mundane stories vividly something you were focused on?

DE: It is. But I can only do nonfiction. I tried, one time, to sit down and write fiction, and I just can't do it. I find it impossible to write dialogue. If you notice, there's very little dialogue in the book. It's all straightforward narrative. It's me telling a story. Every once in a while you come across phrases that someone said, but rarely, if ever, is there any sort of dialogue. Just because I'm horrible at it. So really, in the future, I think I'll stick to nonfiction, just because it's what feels good to me, and it's what I like doing, and what I'm good at. I also have maybe 14 or 15 journals of material that I kept while I was in prison that no one has even seen before. And I actually think that some of my best work is in those journals, and I'm hoping to maybe publish some of it.

AC: Your story has been told a lot of times, by some pretty masterful storytellers. Was telling it in your own voice an opportunity to give yourself the final word, so you could move on with your life?

DE: Absolutely. That and I've noticed that what people are writing now, or making now, about the case – it seems like there's a lot of history being rewritten. They're making that movie Devil's Knot, which they're saying is based on the book Devil's Knot, which it's not. But that's what they're saying it is. My wife, Lorri, did 85 percent of the work on this case – she did more than the attorneys and investigators put together. There were times that she took out personal loans just to pay off legal fees. Yet she's not even in that movie. So I wanted to preserve the real history of what was happening and who was doing what, just so history wasn't completely rewritten by people who just wanted to make a dollar on a piece of pop culture. 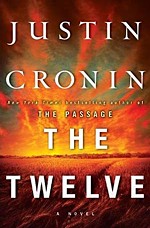 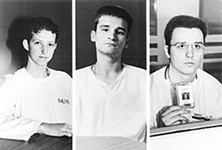 ... And Justice for All?
Texas Documentary Tour: Bruce Sinofsky and Joe Berlinger's Revelations