Cracks in the Ceiling 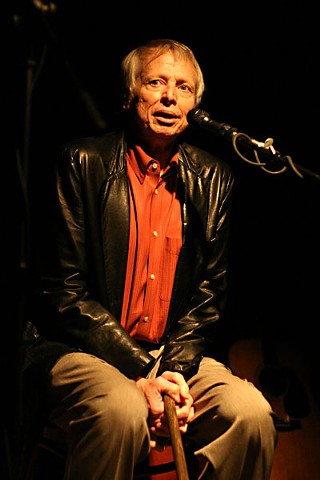 Last week the Chronicle sat down for a brief conversation with Jan Reid, author of the new biography, Let the People In: The Life and Times of Ann Richards. What follows is a brief selection from that conversation (edited for length). A full version of the interview is available online here.

Austin Chronicle: You were writing about someone whom you knew fairly well and admired – did that present special problems?

Jan Reid: I had to be as hard on her as I could, because if I didn't, it just wouldn't be honest – if I did some kind of fluff piece. So I just tried to be as thorough as I could be, and just got into the character – and oh, what a character she was.

When she died, Evan Smith at Texas Monthly called me and said, I want you to write the memorial – with some ridiculously short deadline like four days or something like that – so I couldn't get lost. People that liked her liked that piece, and I was pretty gratified by that. ...

[Later] I found out that Richards had given this incredible archive to what's now called the Briscoe Center for American History. ...

She had opened it up, she stipulated, a year and half after she died. She had opened it up, all of it; the only exceptions were a few death penalty cases and some personnel things; everything else was open. ... I couldn't look at all of it – you kind of learn the art of cherry-picking, checking the index and finding things. ...

I think some of the distance came because, I didn't know anything about her Dallas experiences, or her unpleasant experiences coming face-to-face with LBJ or Jimmy Carter, or being so close to the Kennedy assassination. When I found all that, and found myself writing, I had 200 pages and I hadn't even gotten her out of Dallas yet. ...

That was like writing about a fictional character. ... So I thought [it was] a great opportunity, and also a challenge to get to be able to write about the life of a woman like that. But it was also daunting.

AC: That's one of the threads running through the book, a woman's story, a feminist story, and the story of an era. ... The beginning of the book gives the sense of the flowering of a new culture, and yet it all disappeared very quickly.

JR: I called that last section, "The Parabola," and that's how it struck me. Her first two years she went off like a rocket. ... All of a sudden, [Paul] Burka was blowing kisses at her in Texas Monthly, she went off on this great ride. And then it got difficult; some of the fault was hers, and some of it wasn't. She had some political things that she had no control over: the Lena Guerrero fiasco, and then Clinton is elected president – and you're thinking great, wonderful. So he picks [Sen. Lloyd] Bentsen and puts him in his cabinet. And she's looking around and saying, where are all these Democratic stars they keep talking about [to appoint to Bentsen's U.S. Senate seat]? For various reasons, she can't get a candidate that will have a chance of holding that seat.

Kay Bailey Hutchison, on top of all that [the abandoned Travis County prosecution of Hutchison]. She wasn't behind that, but they start saying it was a conspiracy between [Richards] and Travis County District Attorney Ronnie Earle. That wasn't how it happened, but that's how it was portrayed.

AC: You get this group of young Democrats coming in and saying things are going to change, and the old guard looks and says, "No, they're not."

JR: But jumping ahead a bit, I think what she did change is that even now, politically – Texas politics and government – one thing that's different is that there are blacks, Hispanics, gays, and lesbians not only working in those agencies, and making policy, and in some cases the heads of those agencies. It's never going to go back to the old white guy's club, as it had always been. So that's different.

Also, her influence was important nationally. She had one term, was a media superstar, and lost to another politician; but she was really the first ardent feminist to get elected to a governor's seat in one of the major states. So those cracks in the ceiling, she put there.

'Let the People In: The Life and Times of Ann Richards' Progressive Country: How the 1970s Transformed the Texan in Popular Culture
There's a lot more to being a cosmic cowboy than just being a Lone Star