An Unlikely Reporter From the Secret Sexual Jungle 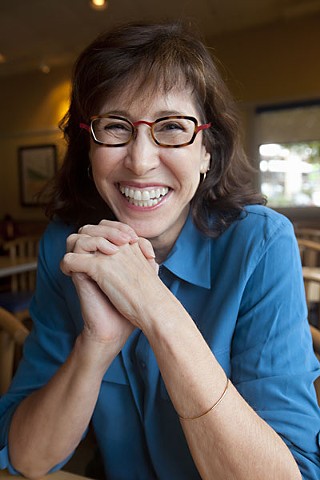 Meeting Suzy Spencer at the IHOP to discuss her book Secret Sex Lives: A Year on the Fringes of American Sexuality seems both appropriate and wrong. Scanning the mostly middle-aged and older crowd, I can't help but wonder if these are the very people in the book – the sometimes sad, sometimes funny folks prowling Craigslist for extramarital sex partners, swinging, swapping, and playing out new and oh-so-naughty roles.

"The first advice I got was to meet my sex sources at the IHOP," Spencer says. "It's because of all of the security cameras. I was told to sit where the camera would be pointed at them." She points up, and I see the camera staring down at me. "They're just regular everyday people," she says of her sources. "The majority of them you wouldn't think were doing this if you met them on the street. For instance, the guy I call Coyote in the book is a regular good old boy who just happens to cheat on his wife."

Spencer is the last person you would expect to write a book about sex. She's a self-described Southern Baptist and fiftysomething, a long-time celibate who says she doesn't like to be touched. The Lufkin native and Baylor journalism grad worked for Fortune magazine in New York City, then got dual master's degrees in finance/marketing and professional writing from the University of Southern California.

All of that led her to Austin and a career as a true-crime writer whose name has graced The New York Times bestseller list. She lives alone outside of Austin, not far from her 87-year-old mother, whose house is home to Spencer's cocker spaniel, Jacob. "Yes, my dog lives with my mother," she says. "He's the one who makes her laugh these days."

Prior to Secret Sex Lives, Spencer was working on her fourth true-crime book, Wages of Sin, set in Austin, about a Southern Baptist woman turned stripper turned brutal murderer. "With the last one, I didn't like who I'd become," Spencer says. "I wanted this to be a great last true-crime book. I was emotionally exhausted."

So she switched agents and started writing about sex. "I thought it would make me laugh," she says. "I didn't know it would change my life in other ways."

That change came when the book transformed from straight-up journalism to part memoir. Drinks with friends and fellow Austin writers Sarah Bird and Carol Dawson sealed the deal. "They said, 'This is your story – you and your sources.'"

Along with her own personal journey, the book chronicles the very American isolation related to our sexuality. "There's a profound sense of loneliness in this country," she says. "There's a lack of communication. [My sources'] secret desires build walls around them. When it comes to being intimate, they're not. Before you get married, discuss this. If your husband likes to wear purple panties, you'd better discuss that."

Surprises? "People like Coyote," she says. "If he walked in here, you would never think this is a man who has sex with men. A lot more of my heterosexual, married male sources had sex with men than my female sources did with women."

The book began in December 2004 with a simple ad on Craigslist: "Need to talk about sex ..." and escalated to listening in on phone sex, attending a seminar on bondage-discipline-sadism-masochism, and delving deeply into the "Lifestyle," where regular folks are referred to as "vanilla." It was a deeply immersive experience, according to Spencer. "Karen Stolz [the late fiction writer and former Austinite] was in my head, saying, 'By the end of the book you'd better have sex, or your readers will be disappointed.'" Let's just say Spencer doesn't disappoint, and there are a lot of people in the room as witnesses.

"Let's face it. I cross the lines of journalism. I have to tell the truth. The only way to deal with that is to admit to it. I'm feeling the same thing my sources are – fear of being judged and rejected," Spencer says of the book's impending release. "Is this going to end my career as a journalist? My high school reunion is 11 days after the book comes out. I don't know if I have the guts to go." She recalls thinking back to a sexual experience years ago where she imagined her mother's face on the ceiling silently judging her. Then she imagined Jesus looking down and saying, in a very forgiving, fatherly way, "I don't like it, but I understand."

Many stories of twentysomethings got cut from the finished book, including people having sex to become popular. Spencer says she was mystified by the lack of communication between parents and their kids. "They do not talk to their children about sex," she says. (Spencer figures she could have written a 1,000-page book, but sculpted it down to a little more than 300 pages. If a second sex book happens – here's betting it will, given her upcoming Oct. 4 appearance on Katie Couric's new talk show with three of her sources featured in disguise – it will look more closely at the fantasy aspect of our sexuality, with trips to kink conventions and swingers' resorts.)

When Spencer told her sister about the book, her sister laughed. Then she had to tell her 87-year-old mother about it. "My sister said, 'Wow, that went worse than expected,'" Spencer says. "I said, 'I thought it went better than expected.'"

Yes, Spencer remains firmly a Christian who opens sentences with, "When I was reading the Bible this morning ..." In this case she was reading from her Bible about how remarriage is a form of adultery. "How can you object to gay marriage if you're already performing this [remarriage] ceremony?"

She's vexed by the political divide in the nation, as seen daily on Facebook. "We're not communicating anymore," she says. "We're just screaming and judging. What this book taught me is that you can be around someone who is completely different than you if you can find that common ground and build bridges of understanding. It's hard to hate your friends."

Suzy Spencer will read and sign books at BookPeople on Thursday, Oct. 4, 7pm. She'll also be in attendance at this year's Texas Book Festival, which runs Oct. 27-28; see more coverage of TBF 2012 authors at austinchronicle.com/texas-book-festival. 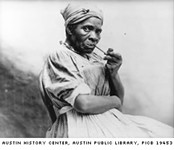 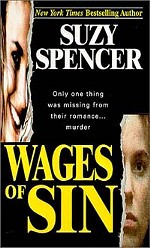